David Chang’s ‘Eat a Peach’ Probes the Interiorites of Growth, Loss, and Reinvention 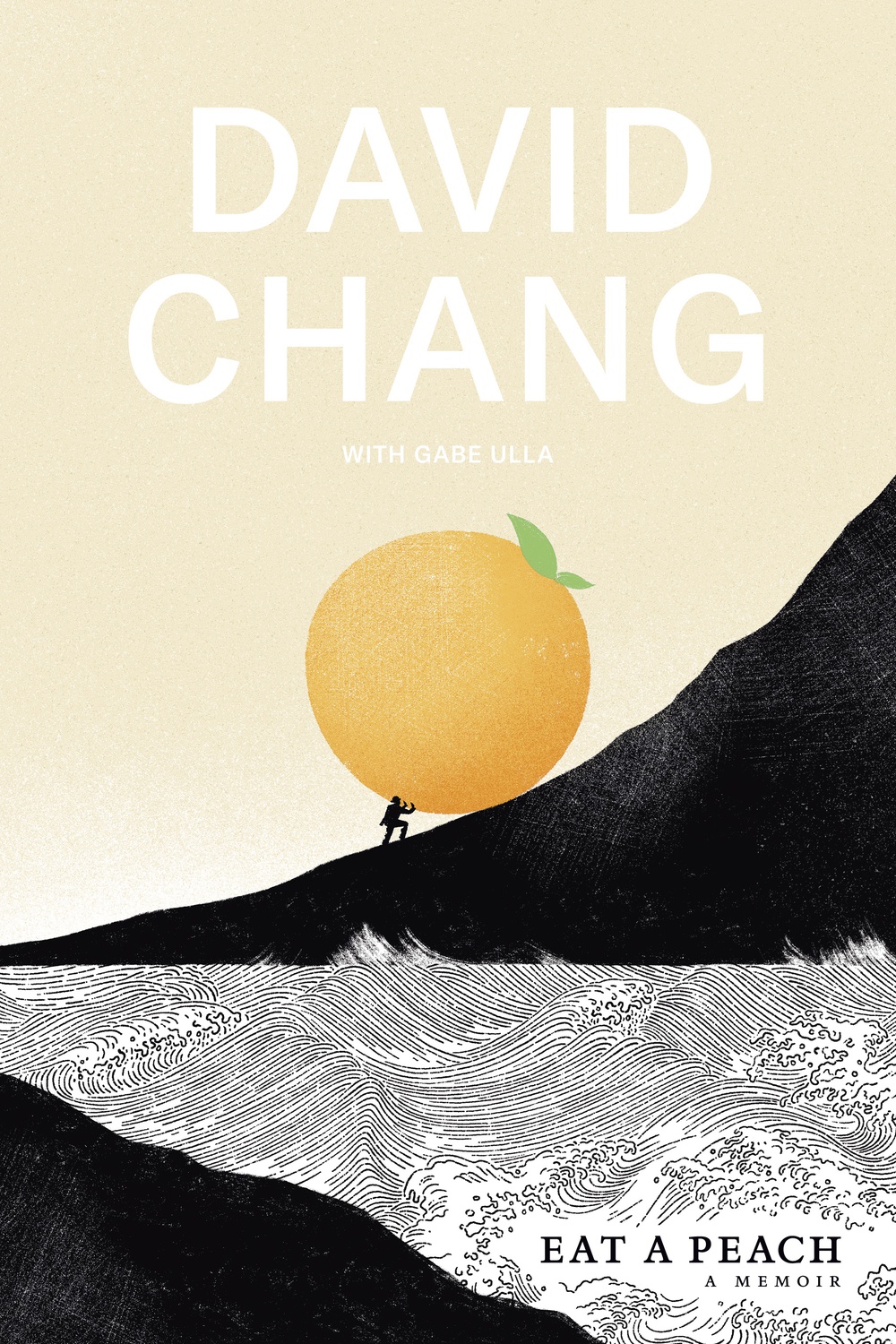 Cover art of "Eat a Peach." By Courtesy of Penguin Publishing Group
By Isabella B. Cho, Contributing Writer

These days, it seems as though every celebrity gets their own memoir. David Chang, founder of the Momofuku Group and star of Netflix television series “Ugly Delicious,” is no exception to the growing trend of industry stars penning mildly interesting narratives of early adversities that end up flourishing into professional success. Early on in the memoir, Chang expresses with characteristic self-deprecation his reservations regarding his current prestige and fame: “Why is my word more valuable than anyone else’s,” Chang writes. “What makes anyone think I know better than them?”

It is, however, precisely this self-doubt — coupled with his conviction that there is always room for growth — that cemented Chang’s status as a behemoth in the contemporary American culinary landscape. Organized into two parts titled “Up the Hill” and “Down and Back Again,” Chang’s memoir “Eat a Peach” explores the dimensional growth, missteps, and triumphs of his experience as a Korean-American chef while interrogating the emotional burdens and moral ambiguities underpinning his dizzying rise to acclaim.

Between descriptions of staunch Korean churchgoers, high school bullies, hierarchical kitchens and the abyssal depths of mental illness, Chang elucidates the numerous personal struggles he navigated during adolescence and early adulthood. It is during these moments of internal turbulence that Chang’s incisive observational powers shine.

As he reflects on the humble beginnings of what would later become the Momofuku empire, he deftly limns the dissonant tension he felt between theory and praxis — between where he was and whom he yearned to become. Chang recounts the liberating revelation that galvanized him to helm his business on his own terms: “If I wasn’t cooking food I believed in, then what was I even doing?”

It is no coincidence, then, that Momofuku — a restaurant famous for drawing from multiple culinary traditions to deliver a subversive dining experience — began its ascent just as Chang and his companions abandoned convention in favor of dynamic experimentation: “You can’t rely on common wisdom in the kitchen,” he notes. “Most of it is built on half-truths and outdated assumptions. Be open to every idea.”

Chang’s is a story deeply rooted in the redemptive potential of failure as a tool for reappraisal and radical creativity. It is also a story of the stochastic, pernicious influence of mental illness on one’s relationships and self-image. The painful episodes of verbal and emotional violence that Chang inflicts on both others and himself as he struggles with anxiety, mania, and suicidal ideation act as a through-line in the narrative at large, begging the questions: How can one heal from, channel, and perhaps even reverse patterns of harm? Furthermore, how can one recognize the validity of emotional complexities without allowing them to derail one’s life?

To characterize “Eat a Peach” simply as a memoir of trauma and tenacity, however, would be deeply remiss. The text’s greatest strength lies not in its abstractions but, rather, in its fastidious commitment to illuminating the minutiae. Between broader reflections on racism, artistic innovation, and the complicated demands of cultural hybridity lie details that suffuse the text with vibrance and warmth: A caramelized pork shoulder glistening under kitchen lights serves as a testament to the value of relentless experimentation; a 1968 photograph of The Band at Woodstock hanging in the Momofuku Noodle Bar embodies the “rugged humility” Chang yearns to instill in his brand. The myth of lobsters’ immortality — one presupposed upon their capacity to mold indefinitely — expands to metaphorically denote Chang’s insistence that transformation ends only with the end of life.

Rarely is food articulated in such mindful and exacting ways: The deferential care Chang brings to each culinary act serves as a reminder that something as seemingly mundane as a single meal possesses the capacity for newness and, if we are so lucky, artistic poignance.

Chang never promises his readers a smooth ride. Rather, the cohering disposition of the text is one of emotional volatility. It is often frustrating and uncomfortable to bear witness to Chang’s self-destructive behaviors, as well as his tendency to externalize this harm to others. It is precisely his vulnerable honesty — and his genuine remorse for recurrent patterns of ego-driven vindictiveness — that make him a begrudgingly credible speaker.

The deeply felt, startling candor with which Chang recounts his myriad adversities lends a confessional intimacy that keeps the text’s self-help bent from collapsing into didacticism. His is a paean to embracing the dual forces of turbulence and transformation, one that readers would do well to remember as they navigate the challenges of their particular realities.