Our (Student) Politics Are Broken: Assessing the UC Election 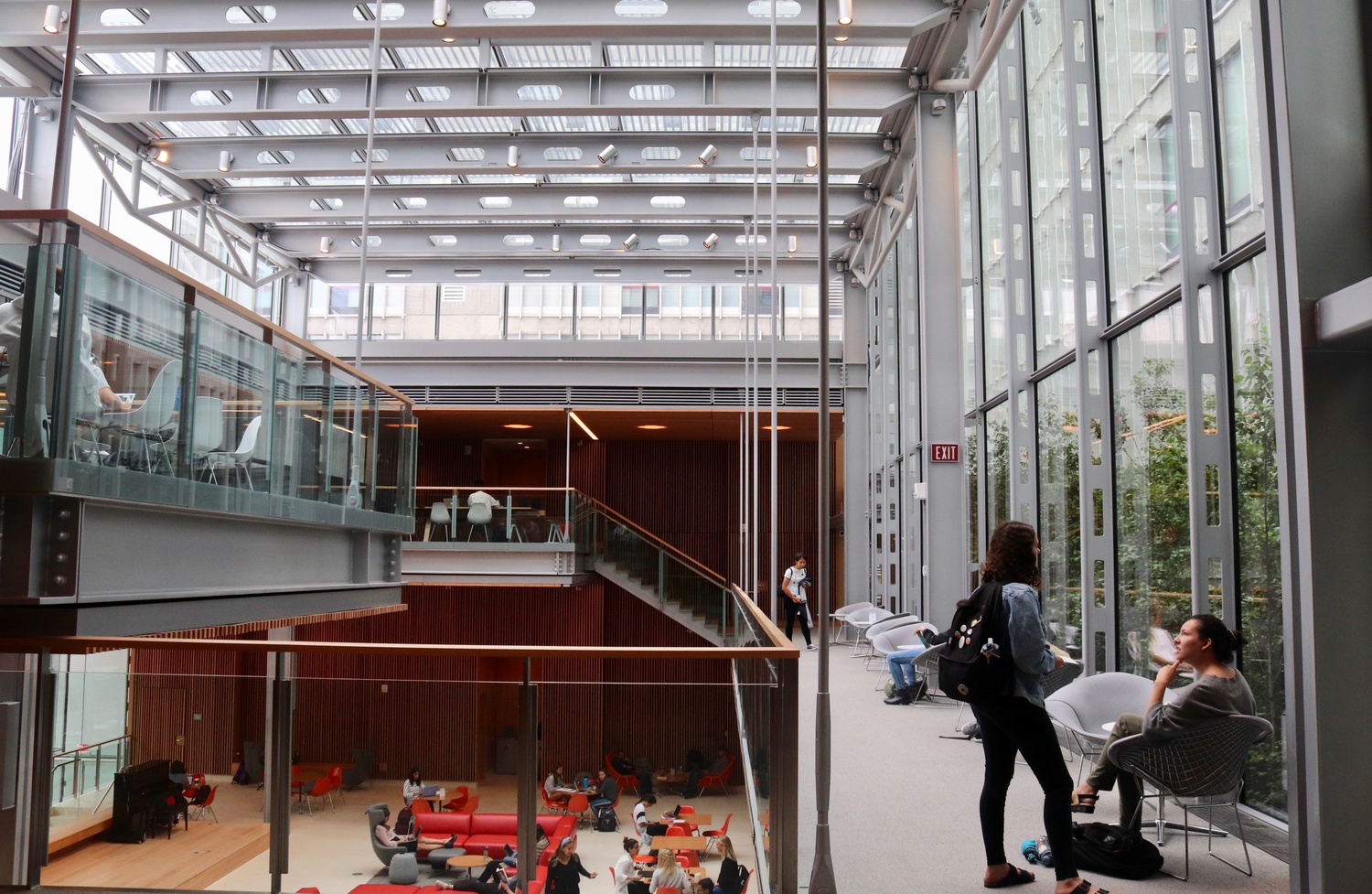 We’ve spilled a lot of ink on the importance of participating in the democratic process, from voting in national and local elections to internal union and University overseer races. Occasionally, we tell people how we think they should vote as well. But when it comes to the ongoing Undergraduate Council elections, for which voting ends on Thursday, no ticket has convinced us. Rather than endorse a candidate, we’ve opted to run through their strengths, some spots of disagreement, and signs of trouble for the system as a whole.

Rukmini “Mini” Ganesh ’22 and Nicholas J. Brennan ’23 are running on a ticket better grounded in the reality of virtual life, with a platform that addresses students' needs in the COVID era. Providing printer access to students living on campus, reporting courses held on the “wellness” days meant to replace spring break, and advocating for more recorded lectures are all policy initiatives on this ticket’s platform that we think would have a tangible positive impact on the upcoming virtual semester. Suggestions like these are notably absent from their opponent’s site.

At a high level, we appreciate the Ganesh-Brennan ticket’s idea-driven campaign. Campaigns with vague platforms helmed by big personalities are basically a UC Election trope at this point. The more detailed plan Ganesh and Brennan offer stands out.

But among these detailed ideas, there are some duds. The Ganesh-Brennan ticket wants Harvard to put more emphasis on finance and consulting, going as far as saying Harvard should create a concentration devoted entirely to finance (isn’t Economics practically already there?). We’re hesitant to endorse a ticket that, in response to nearly half of undergraduates going into finance and consulting, thinks expanding these field’s presence on campus is the answer. We believe deeply in the importance of the liberal arts education and have encouraged students to explore careers in public service, academia, and other pathways beyond the well-trodden corridors to finance and consulting. A wealth of resources already exist to help funnel finance and consulting-inclined students into their careers of choice, while other students often languish in uncertainty. A finance concentration is emphatically not the solution to any of the problems we see on campus.

The other fully human ticket (the third ticket includes a cat), Noah A. Harris ’22 and Jenny Y. Gan ’22, deserves credit for the work they’ve done reaching out to campus affinity groups. The fact that 13 cultural organizations are endorsing the Harris-Gan ticket indicates that they’ve been meeting widely with these student groups. This proactive choice to tend to community relations may better equip them to champion causes that are close to these students’ hearts. It also reflects well on Harris and Gan’s priorities: good leadership requires constant dialogue with constituents.

Still, it’s impossible to ignore the fact that the entire Harris-Gan platform is around the same length as Ganesh and Brennan’s “At a Glance” summation of theirs: the Ganesh-Brennan site features 9 additional pages of plans. As we found ourselves wishing Harris and Gan had left us more to mull over, they dropped a campaign ad in the tradition of outgoing UC heads James A. Mathew ’21 and Ifeoma E. White-Thorpe ’21 viral campaign video.

However students vote, the election should be decided by substance rather than flash. The outgoing UC president and vice president won their election — but lost the popular vote, earning less first-choice votes than their competition — after celebrities like Dwayne Wade and Kerry Washington helped their campaign music video go viral. These celebrity endorsements meant little, however, when fractured and confused advocacy on COVID-responsive grading put the dysfunction of the UC on full display this spring. A memorable “grading ‘fiasco’” ensued, in which the UC released three policy reversals in roughly 24 hours and an un-endorsement. All this to say: there’s nothing wrong with trying to reach people in engaging ways. Just please, read the tickets’ platforms, no matter how good any candidate’s song is.

The threads of virality, venality, and political infighting seem here to stay this year. Harris and Gan were prohibited — by the UC — from campaigning until late last week because the UC Election Committee determined that they began campaigning too early. Their campaign contends that their early outreach was targeted at friends who might help plan the larger campaign ahead, and in line with normal historical UC practice. No matter who you believe, the UC pointing its finger at itself paints an unflattering picture of the body.

Ganesh has also written on her campaign website about facing gender-based harassment during her time as a member of the UC. We commend her for having the courage to speak up: gender-based and other forms of harassment have no place in our community. Such allegations undermine the student body’s faith in the UC as a place for effective leadership at a much deeper level. In her platform, Ganesh writes that “The UC, as we all know, is not a very pleasant place.” If a UC presidential candidate characterizes the body she’s hoping to run this way, how are students supposed to put trust in it?

That faith was already frayed thin. The election last year was a clear demonstration of massive disillusionment among the student body, as evidenced by the popular-vote success of Aditya A. Dhar ’21 and Andrew W. Liang ’21 — a former Crimson Business associate — which was formed as a single-issue campaign to abolish the UC. Their humorous style and raw popular success betrayed the broadly cynical, bemused reception the UC enjoys in the student body. Mr. Muffin, the write-in, feline candidate, continues this tradition.

Though we, too, are amused by Mr. Muffin and the long history of UC election antics, we still see potential for a UC that pushes for change from the administration on bread-and-butter student life topics and meaningfully supports student activism and advocacy. From where we’re sitting this future seems sadly distant. Whoever wins the election will have a difficult task: instilling confidence and engagement in a system that has long been plagued by indifference.