A Blue Wave: Harvard Affiliates and their Political Contributions 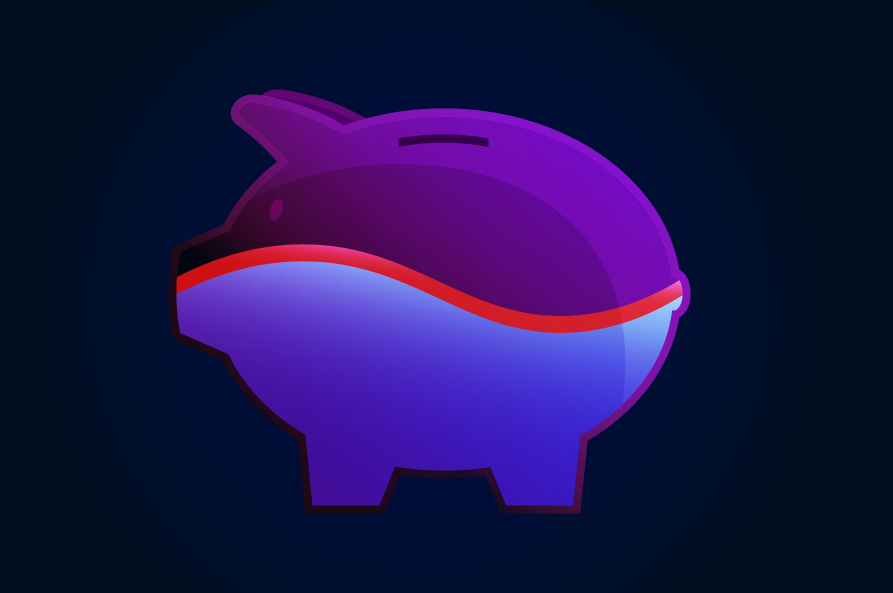 As an unprecedented and contentious election season draws to a close, Harvard faculty, staff, and students overwhelmingly contributed to Democratic candidates — including President-elect Joseph R. Biden, Jr. — over their Republican counterparts this election cycle, a Crimson analysis found.

For this story, The Crimson analyzed the federal political spending of 8,134 contributors who reported “Harvard University” as their employer. Of these affiliates, 741 were faculty listed on University directories and websites as professors, preceptors, lecturers, and other instructors. Another 1,194 were students, while 5,999 were self-reported staff in non-teaching roles.

In the presidential election, the vast majority of Harvard donors chose to contribute to Biden over his Republican counterpart, President Donald J. Trump.

A 2018 Crimson survey found 88 percent of the Faculty of Arts and Sciences believed Trump’s job performance was “very poor.” Similarly, the survey revealed that only 2 percent of FAS faculty members reported voting for Trump in the 2016 election.

Likewise, students’ contributions strongly favored Biden in the general election. Harvard students contributed $24,136 to Biden, while Trump garnered only $246 from them. Just four students, across all the University’s schools, contributed to the incumbent president.

The political contributions reflect a student body that largely leans left of the national electorate. The Crimson’s September survey of the Class of 2024 revealed that 90.1 percent of surveyed first-year students planned to vote for Biden in the presidential election.

Non-teaching staff had the greatest proportion of contributions to Trump, earmarking just over 3 percent of $410,361 in presidential contributions for the incumbent president.

While some surveyed faculty and students alike have indicated support for third-party candidates Jo Jorgensen and Howie G. Hawkins, the Libertarian and Green Party nominees for president did not receive any contributions from Harvard affiliates. In The Crimson’s freshman survey, just 2.3 and 0.5 percent of first-years indicated support for Jorgensen and Hawkins, respectively.

Out of the $6,729,018 reported contributions from Harvard affiliates this election cycle, $5,330,055 in contributions went to partisan candidates and organizations.

Faculty members had the highest average contribution to Democrats: On average, Democratic-supporting faculty contributed $4,112 to Democrats, spending a total of $2,157,753 to support that party.

Independent and third-party candidates — including those from the Democratic-Farmer-Labor and Libertarian parties — received $35,997 from Harvard faculty.

Students, meanwhile, contributed the largest percentage of their total political spending to Democrats. Out of $170,819 in campaign contributions, 97.6 percent — or $166,772 — ended up in the hands of Democratic candidates and committees. Notably, Republican candidates only received $1,080 from Harvard students, while independent candidates received $2,966.

According to the Crimson’s Class of 2024 profile, while 57 percent of Harvard’s freshmen class identified as Democrats, only 5 percent identify as Republicans. A further 13 percent of the first-year student body identified as independent.

While Harvard faculty, students, and staff all preferred contributing to Democrats, each of the groups differed in their preferences in the Democratic primary. Contribution data from before April 8, 2020 — the date that Biden became the presumptive nominee — reveals that while Harvard affiliates as a whole preferred Massachusetts Senator Elizabeth A. Warren, faculty uniquely preferred Biden over progressive challengers.

Within the faculty, Warren led the pack in fundraising during the Democratic primary, garnering $102,137 in faculty contributions to Biden’s $46,651 and Sanders’ $18,404. But Biden was an unpopular choice among students and staff by contrast: Only 10.9 percent and 2.56 percent of staff and student contributions, respectively, went to Biden during the primary.

Despite these differences in primary preferences, Harvard affiliates quickly unified behind Biden after the Democratic primary, contributing $48,039 in the month of April alone.

Harvard affiliates contributed to races spanning 47 states and the District of Columbia. From incumbent Senator Dan Sullivan (R-Alaska) in Alaska to Representative Raja Krishnamoorthi (D-Ill.) in Illinois, and Timothy “Tim” W. Bjorkman in South Dakota to Sara I. Gideon in Maine, Harvard affiliates contributed to races in states large and small. The Crimson aggregated the sum of contributions to committees based in each state to obtain state contribution totals, excluding intermediary committees like ActBlue and WinRed which process contributions.

The District of Columbia received the most contributions from faculty and staff. But Vermont — where Bernie Sanders’s campaign headquarters was located — topped the list of regional contributions by students, taking in $17,512.

After D.C. and Massachusetts — which saw $1,152,916 and $809,494 in contributions, respectively — Harvard affiliates contributed the most to Pennsylvania, sending $712,238 to the Keystone State. Pennsylvania ultimately played a crucial role in this year’s presidential election, delivering 20 electoral votes to drive Biden to victory.

Much like in the 2015 Crimson study, the faculty of FAS skewed far leftward in their donations: Of all partisan FAS contributions, $744,143, or 98.82 percent, went to Democrats. The 324 FAS faculty and instructors included in the dataset contributed $3,010 to Republican campaigns and candidates, less than the $5,600 FAS faculty contributed to independent candidates.

Within FAS, the School of Engineering and Applied Sciences — aggregated separate from FAS at large in The Crimson’s study — beat out its liberal arts counterpart. SEAS faculty made mean contributions of $1,885, compared to just $950 from non-SEAS FAS faculty. Notably, all $183,399 in partisan contributions from 42 SEAS faculty went to Democratic candidates.

The Business School faculty contributed both the most per faculty member as well as in total, with mean contributions of $3,666, and a total of $990,668 in contributions.

The Business School was an outlier among its professional school peers. The Law School contributed the second-most per faculty member, with a mean contribution of $3,538 for a total of $436,196. Nearly all partisan contributions — 99.46 percent — went to Democrats, with only $2,000 contributed to Republicans.

Of all Harvard schools, contributing the least per instructor was the Graduate School of Design, whose faculty contributed just $56 on average.

The Crimson compiled the data for this analysis from publicly available Federal Election Commission records of contribution to federal election candidates and political action committees. Federal law requires the disclosure of political contributions exceeding $200 to a single candidate in an election cycle. The data does not include contributions made to independent expenditure campaigns, super PACs, or nonprofit groups organized under section 501(c)(4) of the tax code which engage in electioneering communications.

All contributions were collected from contributors who listed Harvard as an employer from the first quarter of 2017 to the third quarter of 2020. Federal election laws require donors to truthfully disclose their occupation and employer.

The Crimson then refined the dataset to separate Harvard affiliates into three segments: faculty, staff, and students. Specifically, faculty members were confirmed on a list of active professors, lecturers, preceptors, and other teaching staff drawn from University directories and websites. The contributions of faculty who teach at multiple Harvard schools were counted towards each school they taught at; sums and means per school thus account for both of their positions.

Students include all donors who listed their occupation as any variant of “student.” Staff include all affiliates who do not match the list of active faculty members, do not have “student” as their listed occupation, and do not have any variation of “professor” as their stated occupation. As such, contributions from retired, emeriti, or deceased professors are notably not included in either the faculty or staff groups, but do appear in the Harvard affiliate total.