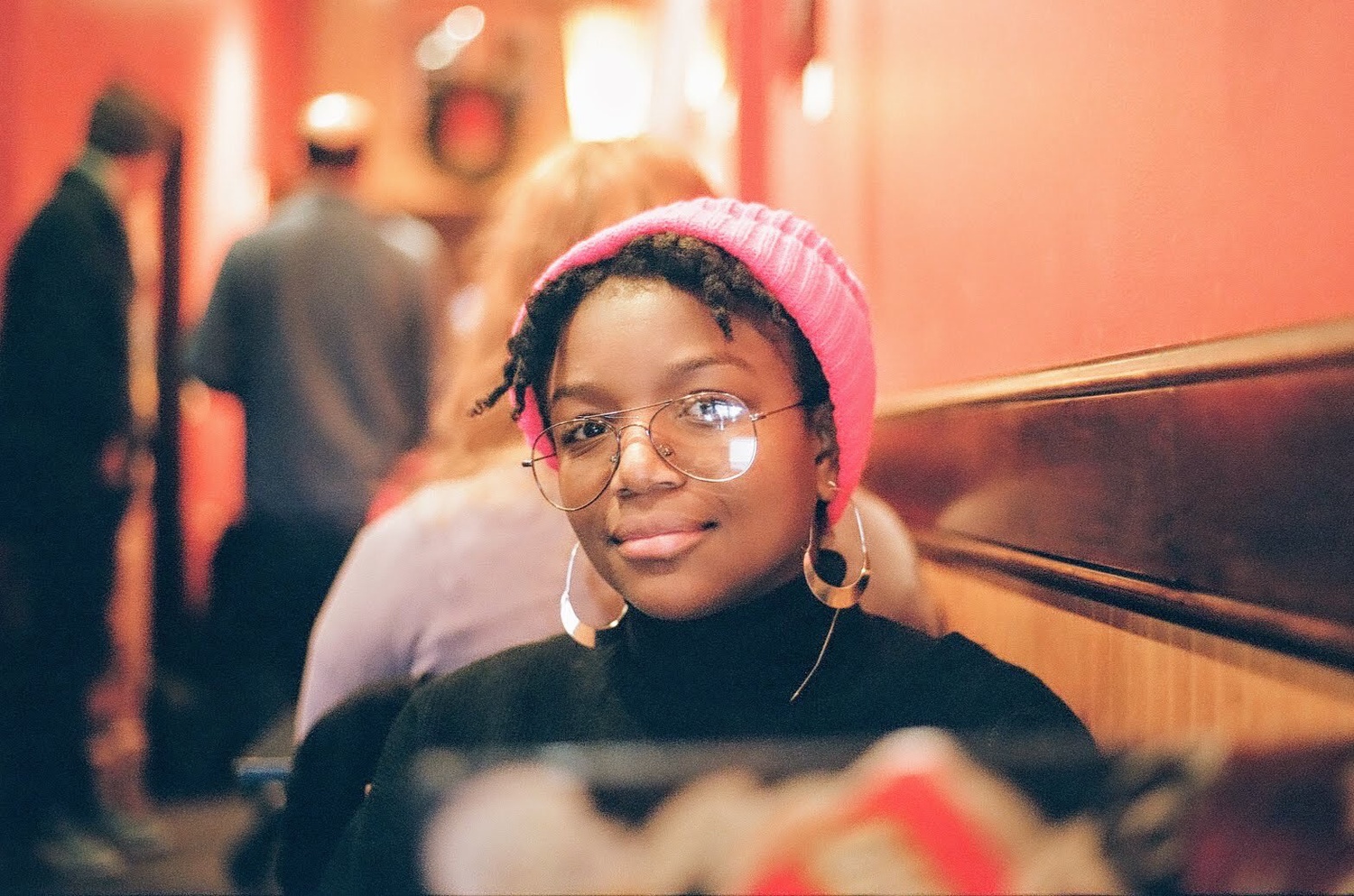 As an Art, Film, and Visual Studies concentrator, recent graduate Jasi D. Lampkin ’20 worked on a myriad of projects during her time at Harvard. Her thesis film, “The Harvard Bubble,” is a particularly notable entry in her body of work. The film, which follows a computer program called “The Harvard Bubble,” attempts to evaluate one Harvard undergraduate’s college experience and predict her likelihood to succeed beyond graduation. Lampkin simultaneously draws from her own experiences and explores Harvard’s institutional inequities. The Harvard Crimson sat down with Lampkin to discuss her thesis film, her artistic journey, and what it’s like creating art in the middle of a global pandemic.

The Harvard Crimson: How did you initially become involved in filmmaking?

Jasi D. Lampkin: In hindsight, I think I was always kind of on the path to becoming a filmmaker. When I was little, even from age four and five, my favorite thing to do was watch movies over and over again, and I used to love quoting them. I used to have stuffed animals and make up scenes and stuff like that, which people do, but I never really stopped doing that. Then in high school, I did a lot of theater, which is not the same as film. I thought I wanted to be an actress, and so I was really invested in doing all these productions at my high school. But then the first time I was ever backstage for a show — I was a stage manager and then I was a director and then I was an assistant director of three different shows senior year — I realized that I don’t like acting nearly as much as I like being behind the scenes and putting together a show or something for people to enjoy, entertainment like that. And then I also realized — critical choice — that I also didn’t love theater that much, because due to copyright and also just sort of the way the medium works, you can’t save anything that you do. It's not easy to share with other people, and you have your memories, but it’s not really what I’m up to. So when I got to college, I knew I wanted to do film, and yeah, I guess I've been doing film for four years now since my freshman year.

THC: Tell me a little bit about your thesis film. How did you come up with the concept?

JDL: Backing up to April of my junior year, I decided I wanted to do a thesis. I didn’t really have any ideas, truthfully, since up to that point I’d mostly done these awkward comedy-type fiction stories, so I was wondering if I was maybe going to try to write something like that, but I didn’t really have any good story ideas. But my mom had mentioned to me a long time ago that when she went to Harvard, she had no idea that there were any people of color there. She arrived for Visitas and was like, “woah,” and that’s why she ended up going: She was like, “maybe I can fit in here.” But before she visited, she just thought it was a place for the rich, the white, and the hyper-intellectual. And that got me thinking about peoples’ perceptions of Harvard and how the media has typically portrayed the University. And so I loosely had this idea, in April, “I want to make a movie about the Black experience at Harvard,” which is way too big, so I spent the following seven to eight months just panicking about that and trying to figure out where to start, because there are thousands of different experiences for Black students here — everyone does different things, we’re all very unique and individual, and I didn’t really know how I wanted to capture what it’s like to go here as a person of color. There’s so many layers and there’s so much history.

THC: What do you most want your audience to take away from your film?

JDL: I want people to realize that [Harvard] is a very complicated place. It’s not all bad or all good. I want people to take away that the institution itself is built by and built for, initially, one population of people: the rich, the white, and mostly the male. Now, obviously, things have changed and people from all different backgrounds and identities go there, but it doesn’t mean that the school has necessarily adjusted to accommodate everybody’s needs. I think there’s something to be said for the damage that is done when you throw people into a space that — although they’re going to be fine at and can work through and eventually prevail and succeed — it’s both psychologically and emotionally, and potentially even practically, damaging to not address the inequities and where people are different in their backgrounds and act like everyone’s the same. I want people to realize that because the place is so complicated, not everyone’s going through the same thing. It’s okay to feel like you’re having a hard time, because it is hard. I think for myself going through Harvard, I kind of thought there was something wrong with me or that I was doing something wrong because I was so tired, so sad, and so stressed. I was having fun, but I was feeling like I was maybe missing something. Like in the film, it’s a place of “equal opportunity,” but there aren’t that many efforts put forth to make sure that everybody’s getting the same baseline of experience.

THC: What kinds of stories do you want to tell going forward?

JDL: I’m definitely interested in the idea of going into my fiction. I love stories that are very character-driven, and the characters that I’m interested in are people who kind of don’t fit in for whatever reason. Maybe they’re awkward, maybe they’re way too passionate about something they believe in, and maybe they’re surrounded by people who aren’t like them. (That can lead into marginalized identities, things about gender, but can also be more general). I’m interested in really diving into this question of what it’s like to be alive. I think there’s a lot of both good and bad all the time in life; it’s very complicated, there’s a lot of contradictions, and it can be painful, honestly, to try to make new friends, or try to get a new job, or to discover yourself, but it can also be very fun and funny. I think there’s a lot of weird things in life that I like the idea of exploring more: just weird interactions. For example, my last film before my thesis was about two people who end up falling in love, they’re on a double date together, but one of them is such a know-it-all and the other is way too talkative and constantly distracted. That’s the kind of thing I’m talking about: people who are just people, and uncomfortable in the world as we all sort of are, but still able to be okay and be happy by the end.

THC: What’s your favorite part about being a filmmaker, and what are you proudest of in your work?

JDL: I think it's just so fun. I’m definitely proudest of this thesis just because it’s the piece I've worked on the longest — I’ve never worked on something for this long — I worked on it for a year and a half. And it was really nice to just be able to sit with a project for that long, and to really be able to think about it. Normally, I’m just panicking and scrambling with my projects and trying to meet a deadline and trying to get something done for school. But this was the first time I ever really was making something that I wanted to feel satisfied with by the end, and I wanted it to be right for me, honestly. I think what I love about being a filmmaker is kind of just getting to do whatever I want, and i think it’s so fun to make something meaningful out of something average, or out of regular life, or out of something that didn’t even exist before. I think it’s just like a really fun way to tell stories, and I think also I love how accessible it is compared to other mediums of art. Obviously there’s film that’s very esoteric and very high concept — and there’s also value in that as well — but overall across mediums, not everyone is going to take the time to read a book, not everyone’s going to go to a play, not everyone has money for a museum, but I think film is something easy to kind of put online and add subtitles and try to get as many people to see and experience as possible. So that’s also, compared to other art forms, why filmmaking is my favorite.

Jasi’s thesis film “The Harvard Bubble” is streaming until Jan. 31, 2021 on the Carpenter Center website.