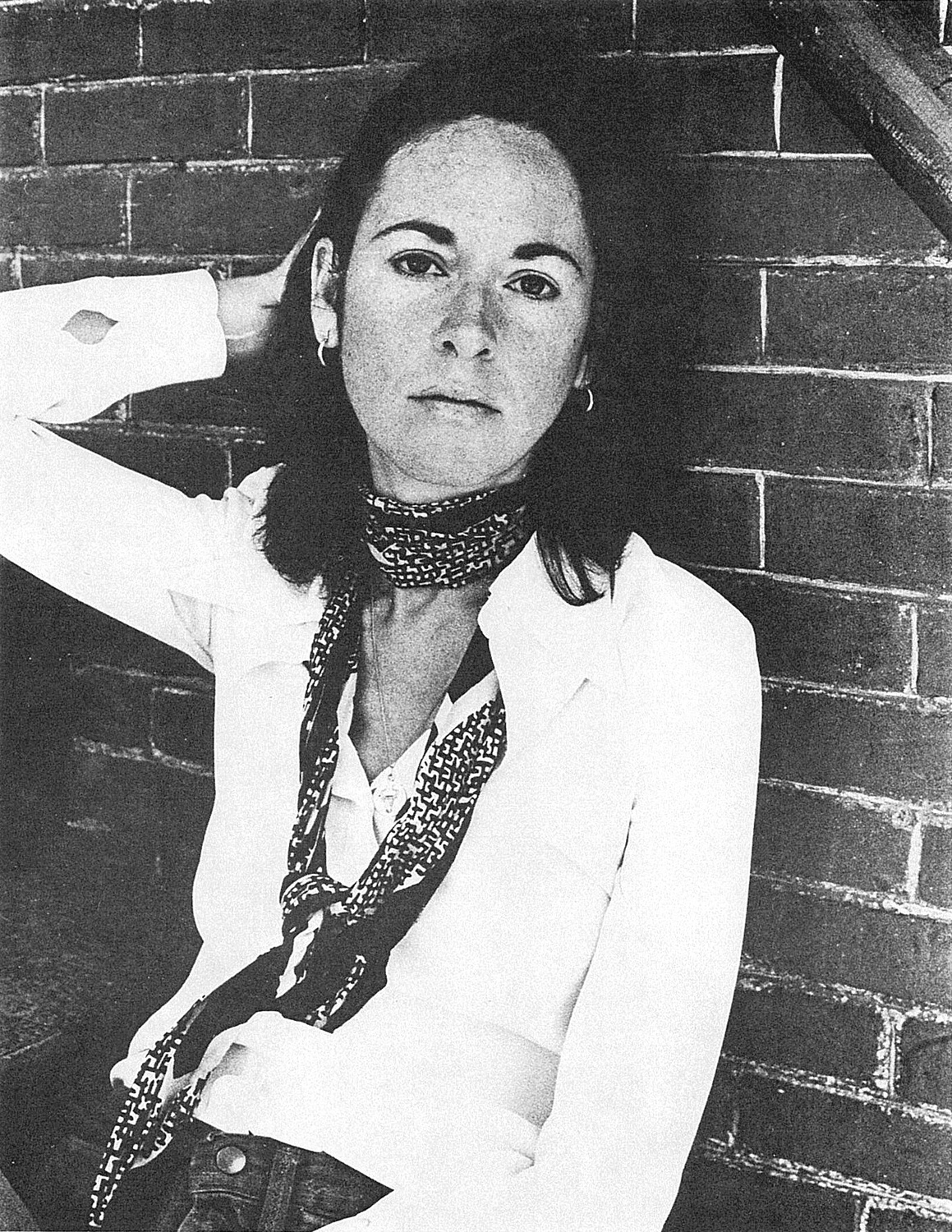 Poetry has long occupied a complicated position in the literary tradition. At once venerated and dismissed, feared and mocked, the ancient genre is one of the most demanding for both writers and readers alike. Poetry necessitates continuous scrutiny: Every choice — whether it be capitalization, a spatial rearrangement, a line break, or an image — confers an important meaning to the text as a whole. The subtle, symbolic complexity of the genre is what so often renders it frustrating and inaccessible.

The form, however, has experienced an abrupt resurgence in recent weeks. On Oct. 8, 2020, American poet Louise Glück was awarded the Nobel Prize in Literature, turning heads from around the world. Articles abounded, book sales skyrocketed, and critics debated. Just one question remains: Who is Louise Glück?

A New York native and professor of English at Yale University, Glück is a towering voice in the contemporary American canon. Currently residing in Cambridge, Mass., she is the author of twelve books of poetry, some of which include “The Garden” (1976), “The Triumph of Achilles” (1985), Pulitzer Prize-winning “The Wild Iris” (1992), “Averno” (2006), and National Book Award-winning “Faithful and Virtuous Night” (2014).

Both stoic and emotional, shrewdly economical and radically expansive, Glück’s poetry charts nuanced pathways to understanding by challenging and reimagining critical aspects of the human condition. Drawing from nature and mythology as prisms of inquiry, she writes with knife-like observational powers, penning meditations that are merciless in their uncomfortable honesty.

The most striking quality of Glück’s poetic voice is her perpetual awareness of death: its voice, its contours, its devastating and at times imperceptible ubiquity. Oftentimes, she employs natural imagery to demonstrate that endings serve as beginnings, and vice versa. In her poems, flowers have mouths and landscapes bear witness to the desperation of human folly. Water sings of loss, and white lilies eulogize the tenderness and transience of passion.

Glück’s literary and imagistic obsessions are the body, flowers, and decay. In every book — and perhaps every poem — Glück scrutinizes and reimagines the nature of endings. Death inverts itself, yielding to rebirth and reinvention. The old lapses into the new, and the liminal spaces bridging past, present, and future become confused, expanding into luminous meditations on the function of memory and distance in preserving life.

It is impossible to step into the world of Glück without considering the question — the problem — of grief. More than any other idea, grief, that human reaction to loss, is the thematic core through which Glück probes the melancholy, rearrangements, confusions, and psychic disruptions that accompany change and death.

To characterize Glück’s engagement with grief as total or assured, however, would be deeply remiss. It is in the tension between her simultaneous dependence on and intense distrust of mourning that her most astounding arguments arise.

In as early as her third collection, Glück adopts a distinct poetic technique: the conferring of sentience to natural objects as a means of questioning the human condition. This narrative methodology expands in her later works, particularly in the “The Wild Iris” (1992). In the poem “The Garden,” included in the book of the same title (1976), Glück questions the implications of self-awareness. Using the second-person in both an accusatory and tender manner, she writes, “Yet / there is still something you need,/ your body, so soft, so alive, among the stone animals.” The poem concludes, “Admit that it is terrible to be like them, / beyond harm.”

Through these “stone animals,” Glück concedes the burden and privilege of feeling. By evoking the oxymoron of being “beyond harm” as “terrible,” she posits the necessity of being harmed — of feeling pain, grief, loss, and fragility — as an integral part of human existence. In this implicit insistence, Glück intimates the possibility of virtual death for humans, one brought about by the end of feeling, of caring enough to be harmed.

The theme of sentient beings as inherently fragile also pervades her poems “The Red Poppy” and “The Wild Iris,” both published in her seventh book “The Wild Iris” (1992). Whether this fragility is tragic or triumphant depends on the reader. Glück’s masterful use of subversion in both texts, however, seems to suggest the latter.

Glück concludes “The Red Poppy” — written in the perspective of the opiate flower — with the lines, “I speak / because I am shattered.” Through her cryptic yet expansively beautiful verse, she argues that the communication of meaning — of anything of genuine or enduring value — is predicated on anguish. Her masterfully understated lines exemplify the devastating breadth of her emotional understanding. Herein resides Glück’s iconic poetic contradiction, that tension between stoicism and boundless emotion, between disciplined confinement and transcendence.

In “The Wild Iris,” Glück again employs grief, death, and estrangement as forms of meditative empathy. The piece begins, “At the end of my suffering / there was a door.” The lines exemplify her nuanced understanding of grief not as an end in itself but, rather, as a site of dynamic transformation, a portal into another iteration of reality and the self. The speaker continues, “Hear me out: that which you call death / I remember.” By narrating the poem through the perspective of the titular flower — a pattern consistent throughout the entirety of the book — Glück subverts and repurposes the notion of an end. Death is no longer the final destination. Rather, it is an experience to be scrutinized and remembered, to be held to the light of the mind and turned, slowly, as though questioning a witness.

Toward the conclusion of “The Wild Iris,” Glück writes, “whatever / returns from oblivion returns / to find a voice.” These lines serve as one of the most nuanced, stunning encapsulations of the celebrated poet’s artistic impulse. To describe the recently crowned Nobel Laureate’s literature solely through vocabularies of grief and austerity is tragically misdirected: It perpetuates the very disposition that she so artfully strives to resist. In writing lucidly and richly about loss, Glück resists total grief. Instead, she insists on the presence of transformative qualities — retrospection, dynamism, glimpsed beauty — that allow for revival after even the most intense periods of devastation.

The outpouring of articles in the past days detailing Glück’s career and corpus of poetic work is expected, even unavoidable. The swift turnaround, however, seems ironic considering the lengthy introspection her poetry demands. Recent reflections on Glück’s writing — likely ones hastily assembled in the span of days, perhaps even hours — are steeped in observations of austerity, desolation, and bleakness. Though these are undeniably important themes in the Long Island native’s texts, when considered alone they fail to embody the towering ambition of Glück’s foray into the complexities of the psychic and emotional interior.

So what, then, does it mean to read Glück? What does she stand for, and how? More broadly, what does it mean to truly read poetry, to engage with it in a manner that deeply unnerves, stirring something unspeakable within us and daring us to live?

Though these questions are deeply complex in the least, it helps to frame them through that which Glück does best: contradiction. To read Glück is to embrace the confounding enigma of change as both an enabler and a destroyer. To read Glück is to grasp the affective complexities that impel care and violence. To read Glück is to lament the inherent misery of the human condition while simultaneously leaning into glimpsed moments of enduring beauty.

Perhaps most important, to read Glück is to be tricked. As readers, when we step into the world of a poem, we find ourselves standing at what resembles a precipice, the finality of an end. Steadily, the piece progresses. We watch as the landscape shifts and reassembles — slowly, imperceptibly, then all at once — and a new world shows its face.