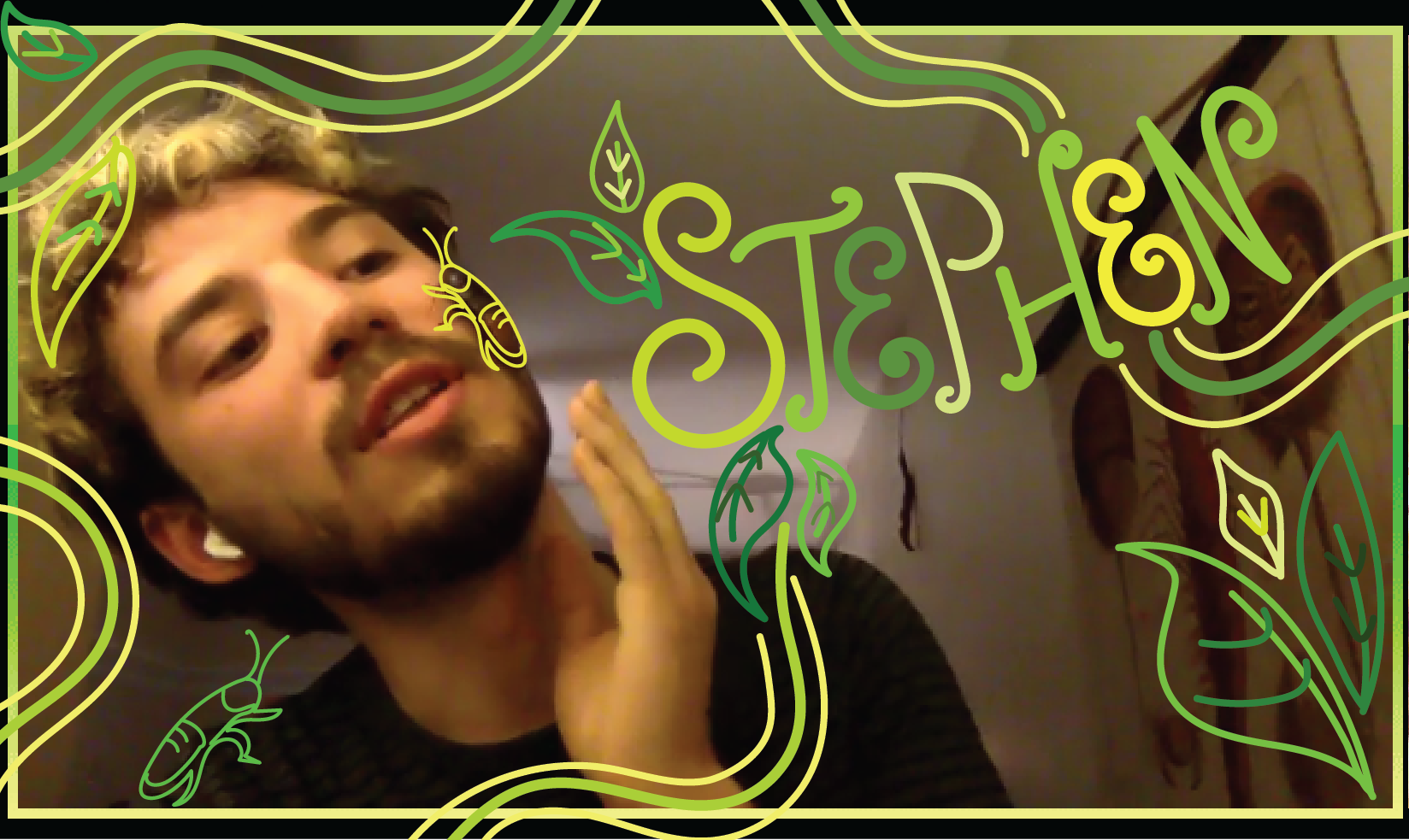 Stephen M. Casper ’21 smiles for a Zoom screenshot while Trevor, his Madagascar hissing cockroach, crawls across his left cheek. Despite the species name, Trevor stays quiet — he’s pretty docile in the wintertime, explains Casper, who has kept pet cockroaches in his dorm room since he was a freshman.

Over the summer in 2018, Casper was working on a bioinformatics project under the Church Lab and living in Winthrop House when two of his cockroaches mated. Overwhelmed with 30 newborn cockroaches, Casper wanted to do some “circle of life stuff” and feed them to a lizard, so he took to the Pforzheimer House mailing list and asked if anyone could temporarily loan him a lizard. “But I think I typed that email in a pretty ambiguous way because people started asking me if I found the lizard,” Casper recalls. “Someone in my hall was like, ‘You better find that lizard. I really hate lizards,’ and I was like, “No, I just need a lizard.’”

Spared the “circle of life stuff,” Trevor now enjoys his temporary home in Idaho Falls, Idaho, where Casper grew up. A statistics concentrator who’s “for all intents and purposes a [computer science] person,” Casper’s academic tasks mostly consist of coding and doing math. Switching to virtual learning wasn’t too difficult, he tells me.

Casper studies applications of machine learning involving AI safety, and his senior thesis focuses on a type of threat toward reinforcement learning systems that could be relevant for self-driving cars. Next year, Casper hopes he’ll be in graduate school, but if that doesn’t work out, he’ll take a machine learning engineering job for a few years. In the long term, he wants to pursue a career publishing papers involving machine learning, either in academia or for a nonprofit organization. He also plans on working within a subgroup of the machine learning research community on preventing the “artificial intelligence apocalypse,” which he says he’s “totally into, but not in a creepy death cult way.” 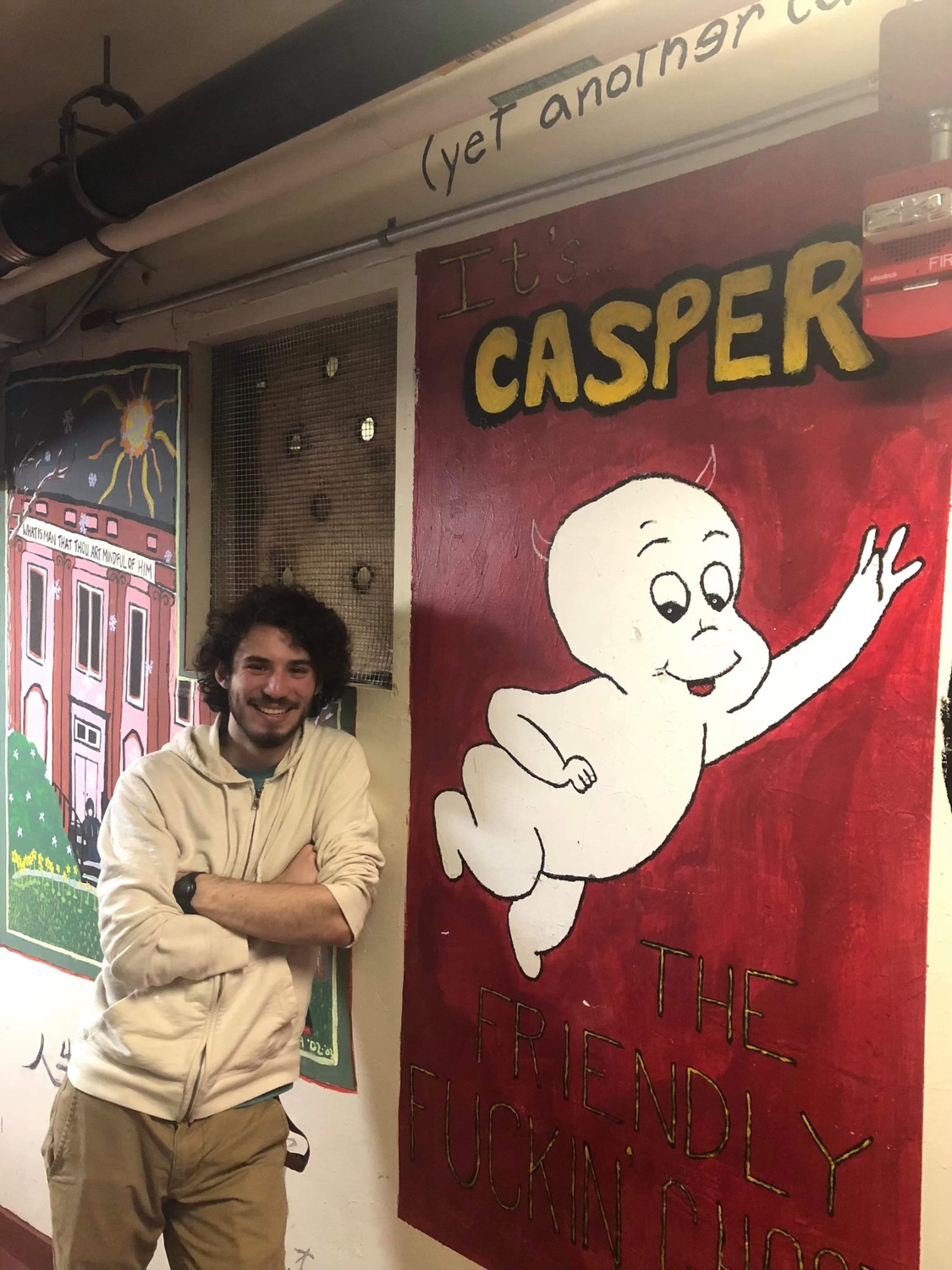 Casper studies applications of machine learning involving AI safety. Next year, Casper hopes he’ll be in graduate school, but if that doesn’t work out, he’ll take a machine learning engineering job for a few years. By Courtesy of Stephen Casper

At the moment, Casper isn’t too worried about his thesis or the apocalypse — he’s been writing deep learning papers and blog posts for the past few years. Some of his projects on neural networks and adversarial policies can be found on his website, stephencasper.com, below an introduction that includes a form for “anonymous, constructive feedback about how I can be a better or more effective person.”

This quirky addition to such a professional page might have something to do with Casper’s dedication to effective altruism, “the idea that we should employ evidence in philanthropy to build a better world,” according to the Harvard College Effective Altruism Club website. As a board member of the club, Casper founded, chaired, and designed curriculum for the Arete Fellowship program, which over 25 Effective Altruism university groups have since adopted. “I’m willing to be a walking commercial for the EA Club,” Casper says with a laugh, emphasizing that his involvement in the movement won’t stop after graduation.

When he’s not parenting cockroaches, preventing the AI apocalypse, or becoming a more effective person, Casper spends his spare time learning about witchcraft. For the past few months, he’s been exploring “witchy YouTube channels and podcasts” and occasionally pretending to be a witch on Reddit threads. “Between paganism and Wicca and just independent people practicing witchcraft, there are lots of witches who just do many different things,” he says, as I scour my Etsy purchase history to send him a link to an obsidian crystal necklace I bought.

COVID-19 regulations permitting, Casper is itching to attend coven meetings in Boston with a few of his roommates in the spring. They’ll wear eyeliner and paint their faces, he tells me without further explanation, and join one of the open-invite covens that they’ve already located through Facebook groups. “I’m interested in it ethnographically, but I also think that hanging around witches in Boston just seems fun as hell, right?” he says.

There’s one witchcraft practice that particularly intrigues Casper: making an altar. Even though he’s not superstitious, he loves the concept of arranging witchy things on a small table. Plus, he thinks an altar would complement his “goblin-y aesthetic” and fuel his habit of collecting little objects. Back at school, he kept a jar of buttons, paper clips, screws, pins, and pieces of washers. He pasted playing cards, magazine clippings, and postcards on the walls of his dorm room. Once, he took a book of poetry from the Pforzheimer Library and cut out a bunch of poems. 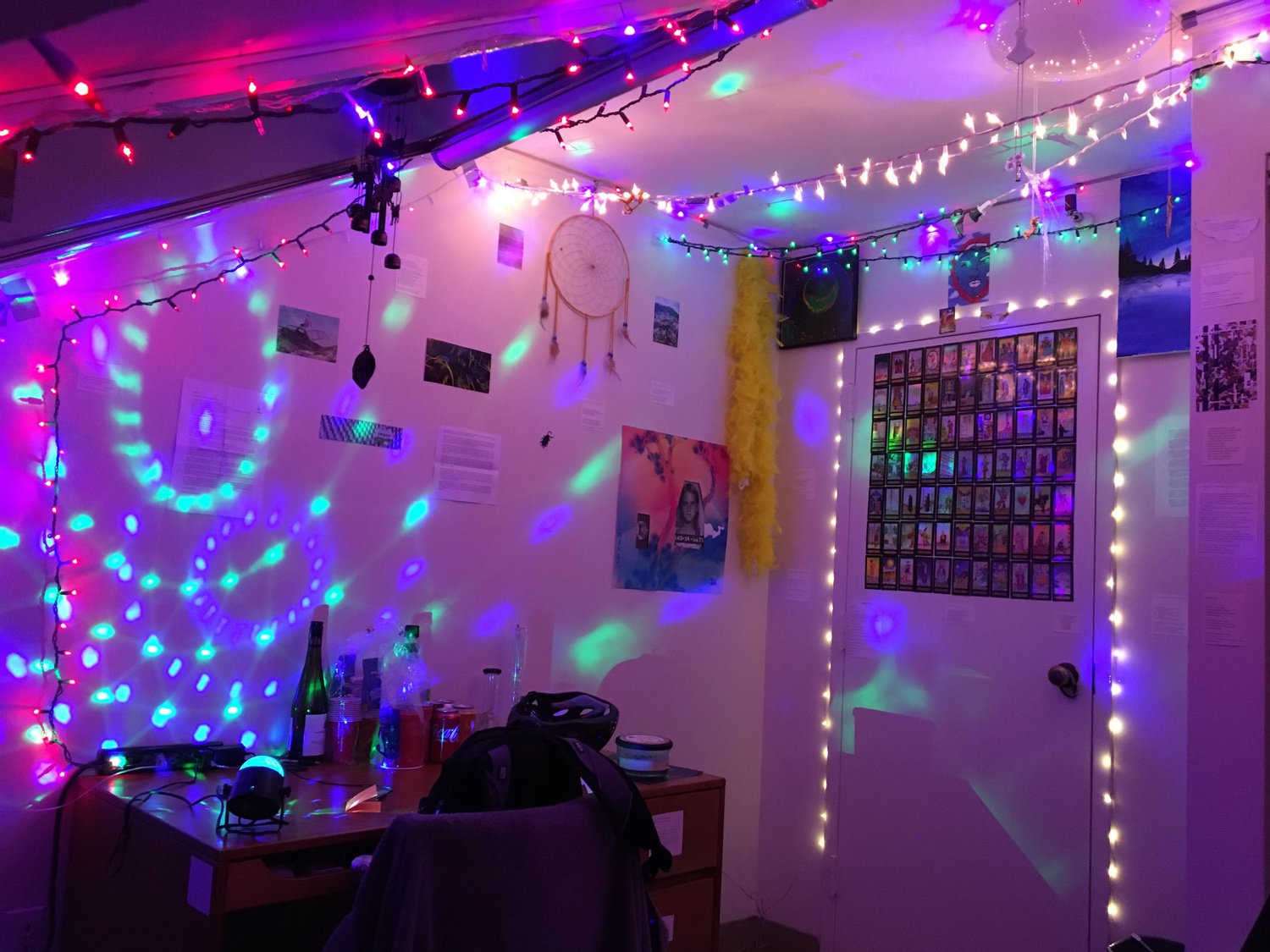 Back at school, Casper kept a jar of buttons, paper clips, screws, pins, and pieces of washers. He pasted playing cards, magazine clippings, and postcards on the walls of his dorm room. By Courtesy of Stephen Casper

He loves the meaninglessness of the little things he acquires. “It’s for the same reason that a crow loves a piece of tinfoil: because it’s just a thing that’s interesting-looking,” he says. “That’s why I like to paste shit all over my room.” His trinket collection feeds a curiosity that exists just for the sake of itself, the same kind of pure fascination that lands someone in a coven meeting or with dozens of baby cockroaches.

But Casper’s propensity for collecting discarded items also speaks to his ability to notice them in the first place. At the end of our conversation, I ask him what he’s going to miss most about Harvard. His answer started with what I expected — his roommates and the Effective Altruism Club — but then he thought for a moment. “I’ll miss the Adams tunnels,” he remarks. “I’ll miss walking past that vent that blows warm air next to Canaday in the winter.”