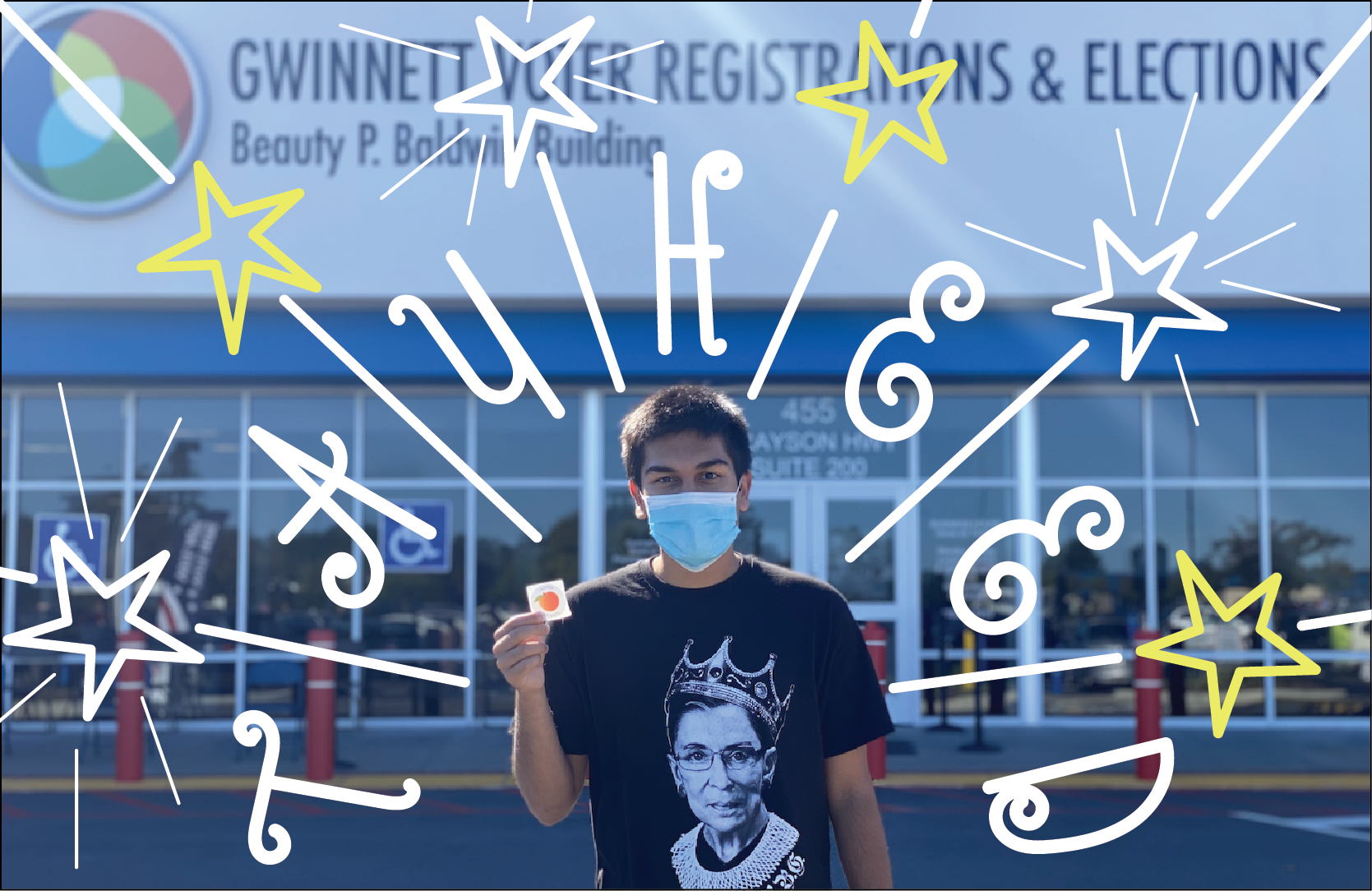 The first time I spoke with Tauheed Z. Islam ’21 was this past April — over the phone, not long after we all returned home for quarantine. We talked about a lot of things for an article I was writing at the time, most quite serious. But one thing we didn’t talk about was the picture he sent me after the interview. In it, he’s walking around his neighborhood with a cat strapped to his chest like a baby. So this time, I ask him about it. 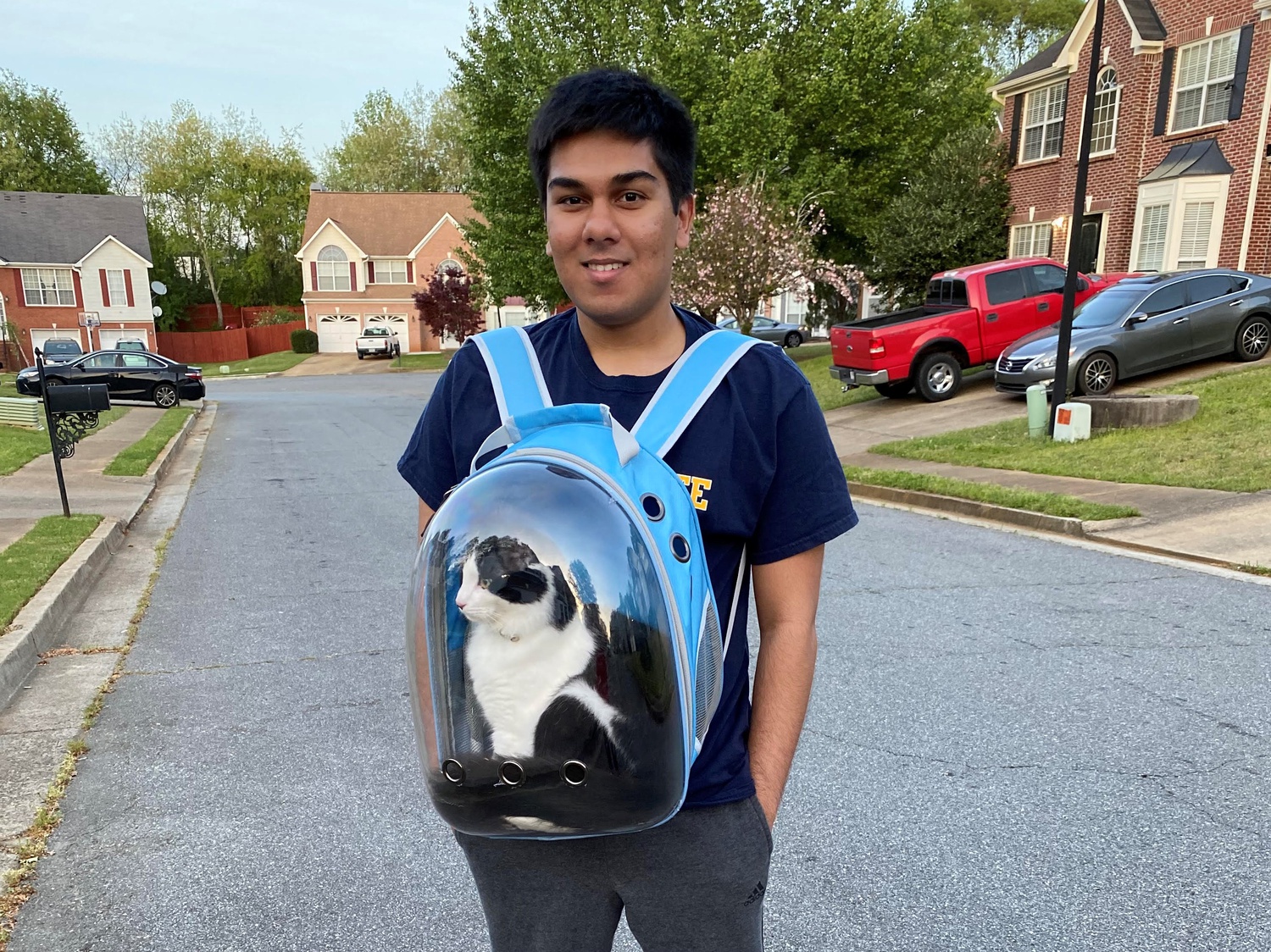 “His name is Tobi, short for Tobias, and he is a very, very important part of my life,” Islam says, amused. He shares Tobi with his girlfriend of seven years, and they often walk around his neighborhood pushing the cat in a stroller.

“We look like we’re husband and wife,” he jokes. “And then people will look in [the stroller] and you can see their faces. They’re like, ‘What the heck? That’s a cat, not a baby.’”

For Islam, spending time with his girlfriend (and his cat) is a silver lining of the pandemic. The high school sweethearts are usually in a long-distance relationship, but now that they’re both back in their hometown of Lilburn, Ga., a suburb of Atlanta, they see each other much more often.

Much has changed throughout the world since my first conversation with Islam in April — President-elect Joe Biden carried the state of Georgia in November’s election, for example, which makes Islam very happy. But not much has changed about his immediate living situation. Much like this past spring, Islam is partaking in online school, living with his family, and working hard to make ends meet. The pandemic has taken a heavy toll on his parents’ jobs, and obtaining enough unemployment benefits has been a constant struggle.

“When we last spoke, it was complicated trying to get the benefits. And then luckily we got the benefits, they came, and then now they’ve run out. It’s like we did a full 180,” Islam says. “It’s kind of ironic, but we’re hanging in there.” 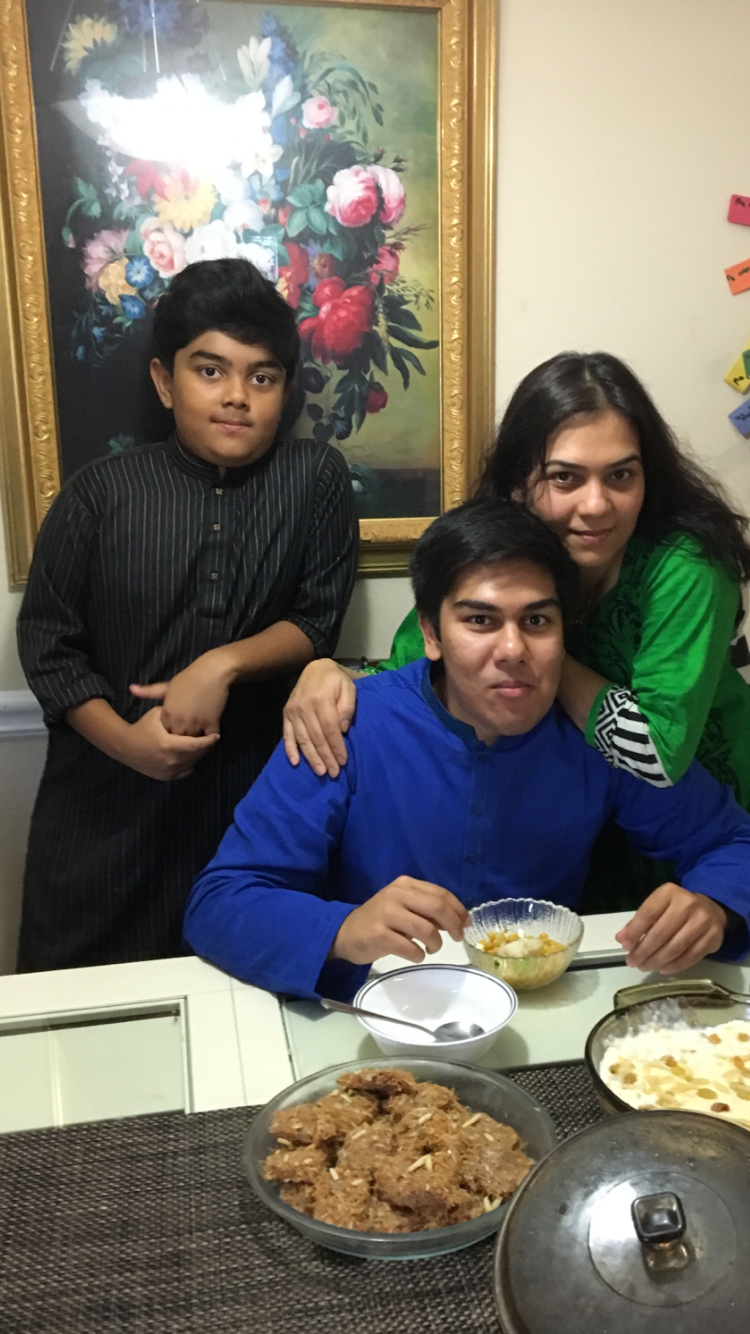 Islam emphasizes that family is a partiuclarly important priority for him and for many other first-generation and low-income students at the moment. By Courtesy of Tauheed Z. Islam
Advertisement

Islam emphasizes that family is a partiuclarly important priority for him and for many other first-generation and low-income students at the moment.

“You’re with a family where no one has been to college before; they don’t know what you’re going through right now for school. And also they have their own needs, and they have their own struggles — obviously, being from low-income backgrounds — and you might have to help with that,” he says. “For most first-gen low-income students, family has absolutely been top of mind. And I am no exception.”

“The reason we’re all virtual, the reason we’re doing this, is because of this pandemic. And so then I have this intimate case of my dad being a victim of it, and it’s just so scary,” he says. “I was scared for his life. I thought I might lose my dad.”

Although Harvard is allowing seniors back on campus next semester, Islam hasn’t decided if he will return — he thinks it might be best for his family if he stays in Georgia. He feels his presence provides a “strong support network” for his younger cousins and siblings, and since he stayed at home this semester, he received a $5,000 room and board stipend from the University, as well as scholarship money. The extra money made a difference for his family, he says, and if he returns to campus, he worries they might not receive it again. 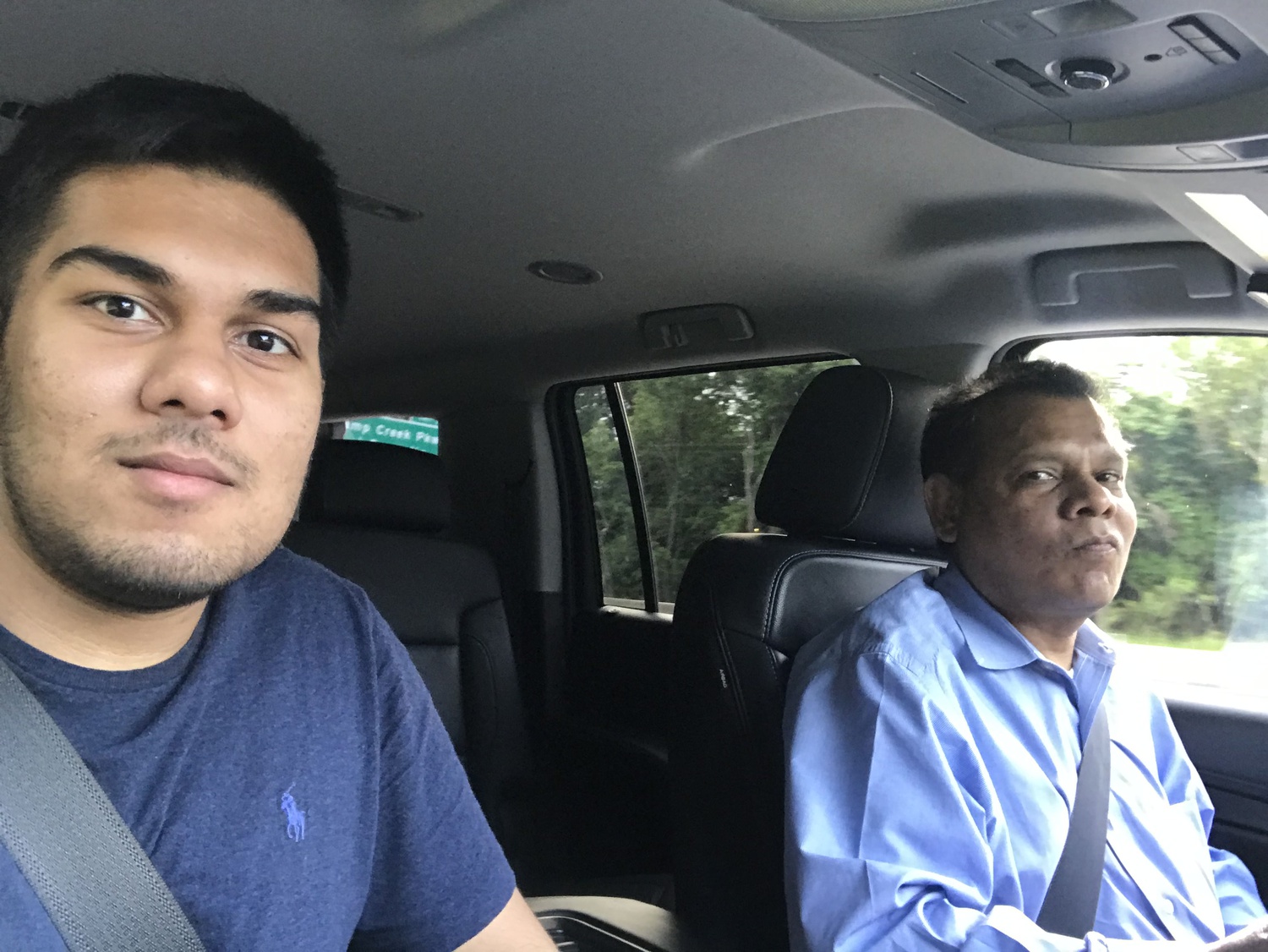 Islam and his father. By Courtesy of Tauheed Z. Islam

Despite devoting so much time to his family, Islam has accomplished many personal goals this semester. In the time he was not teaching his cousins to drive or helping his brother with online middle school, he completed his senior fall as a Government concentrator with a secondary in Theater, Dance, and Media, interned at a political consulting firm, and campaigned in Georgia. On election day, he oversaw a whole polling place as an election judge, and spent days counting votes.

“A time like this requires sacrifices,” he says. “I am proud to say I’ve made the most of what I could have this semester.”