The Crimson Arts Board presents its favorite cultural moments of the year, from "The Fly on Mike Pence's Head" to "The WAP Saga."
Wendy Williams as the Lips.By Courtesy of Fox
By The Crimson Arts Staff

It was supposed to usher in a new era of mobile entertainment; it was going to be bigger than Netflix, than YouTube — indeed, a bit of a combination of the two. Founder Jeffrey Katzenberg (of Disney and Dreamworks fame), along with most of the entertainment world, had high hopes for Quibi. The original $1 billion in funding came from investors like The Walt Disney Company, 21st Century Fox, NBCUniversal, and pretty much every big name in entertainment one can think up — all for a platform that produced 10-minute clips that you could watch in portrait orientation. Six months after its April 2020 launch, however, it announced its closure — proving that no one can really predict what will and won’t work in the world of streaming. — Kalos K. Chu

This year, appointment television may well have been resurrected on Instagram Live. Ziwe Fumudoh, a comedian previously best known as a writer for “Desus & Mero” and for putting on truly bonkers live performances, took her popular Youtube show “Baited with Ziwe” to social media each week as she gleefully and calmly “baited” non-Black comedians and celebrities into exposing their racial biases. Ziwe has hosted the show since 2017, but in a year of racial reckoning and subsequent performative neoliberal gesturing towards anti-racism, her biting interviews — and the obvious deep discomfort of her guests as Ziwe asked them questions like “What do you like qualitatively about Black people?” — served as a clarion call for the conversation to push further. It was Ziwe’s Internet this year; we were all just living in it. — Amelia Roth-Dishy

8. The Fly on Mike Pence’s Head

This iconic moment came during the singular vice-presidential debate, when the animated dead body known as Vice President Mike Pence appeared to attract animal life. The fly lingered there for merely a moment or two, but it was ample time for people to take pictures, create memes, and lambast the current administration. You can imagine how creative the jokes became (What do flies eat? Etc.). It was a bonding moment for frustrated viewers and young people whose lives had prepared them for the illustrious moment of making (further) mockery of the vice president. — Cassandra Luca 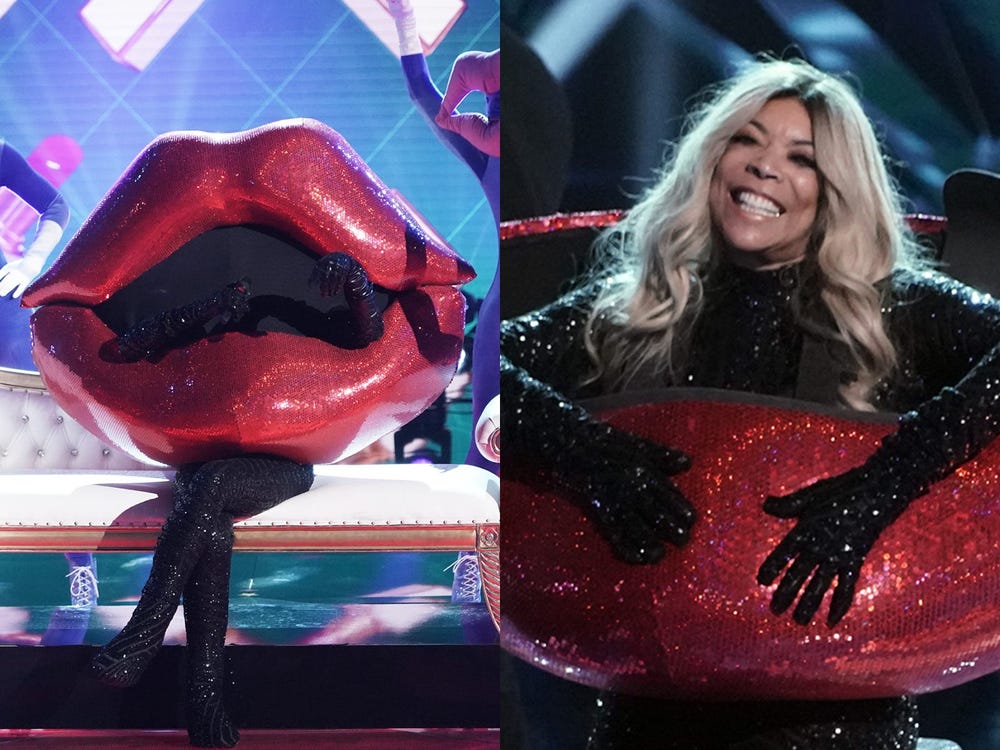 Wendy Williams as the Lips. By Courtesy of Fox

7. Wendy Williams on “The Masked Singer”

With her ad-libbed “a little vampin’,” perfectly-timed snorts, and pair-of-lips costume, Wendy Williams’s Oct. 28th rendition of the song “Native New Yorker” on Fox’s “The Masked Singer” took the internet by storm this November. A segment of the talk-show host’s off-key, laughter-filled cover became a viral sound on TikTok, and now over 36,000 videos on the app are associated with the clip. Williams may have been booted from the singing competition show based on her “Native New Yorker” attempt, but Gen Z was quick to immortalize the iconic clip and even rank each of her bizarre “oos,” “ahhs” and chuckles throughout. Perfectly coinciding with Election “week,” perhaps the most surreal and stressful five days of the year, the sweet distraction provided by Williams’ ridiculous performance ensured that it would earn a lasting legacy in TikTok history. — Samantha J. O’Connell

In a plot twist exemplary of 2020, Grimes and Elon Musk are a couple, and have one son. His name is X AE A-XII, with “X” being the first name, and the rest being a middle name. Sources tell us that the pronunciation goes “EKS-ash-AY-twelv.” Twitter tells us that this name is ridiculous — the original spelling of which was deemed illegal since Æ is not an English letter — and, frankly, an unfair name to give to a child. Born in May of this year, Musk’s and Grimes’ son is still the subject of spirited tweets and genuine confusion. Stay tuned to see what happens when he goes to kindergarten. — Cassandra Luca

On June 21, a Donald Trump rally in Tulsa, Oklahoma, was fantastically hijacked by K-pop stans on TikTok. 10 days before the event, Trump campaign manager Brad Parscale tweeted that the campaign had received over a million ticket requests for Trump’s first rally during the pandemic. The rally organizers even set up extra outdoor seating to complement the venue’s 19,000-person capacity, complete with a makeshift stage. When Trump arrived that Saturday to deliver his opening remarks, however, he was greeted with a largely empty venue. According to the Tulsa Fire Marshal’s Office, less than 6,200 of the seats were actually full. At the root of this discrepancy between ticket requests and actual attendees was a coordinated protest pushed by Gen Z TikTokers and K-pop fans who flooded the campaign system with ticket requests with no intention of going. The iconic online protest left the Trump campaign dumbfounded, and became a truly memorable example of what solidarity looks like in a pandemic. — Sofia Andrade 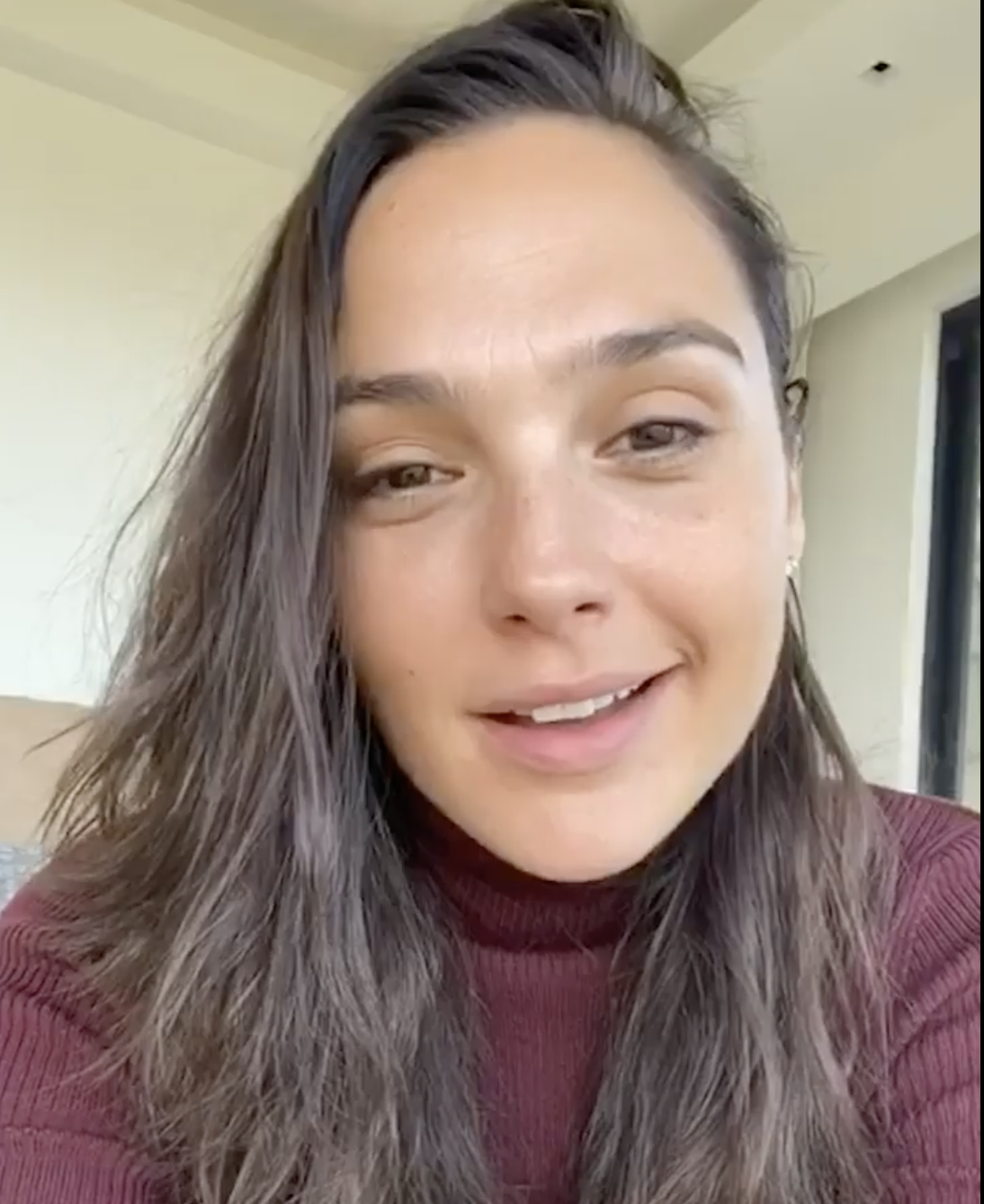 Gal Gadot in the 'Imagine' video. By Courtesy of @gal_gadot/Instagram

Back in March, when we were still talking about the pandemic in terms of impending weeks rather than months or years, Gal Gadot gathered her famous friends to help uplift the quarantined masses through song. One by one, assorted celebrities implicated themselves in a dazzling display of class privilege by singing lines from John Lennon’s “Imagine” from their marble bathrooms and backyard orchards, redefining cringe in the process. “I meant to do something good and pure, and it didn’t transcend,” Gadot told Vanity Fair in October. It certainly did transcend — just not in the way she hoped. Gadot et al. were the first in a long line of celebrities that would go on to make absolute clowns of themselves during 2020 from the comfort of their own million-dollar homes. But you always remember your first. — Amelia Roth-Dishy

It’s been a big year for Elliot Page. His 2019 documentary “There’s Something in the Water” debuted on Netflix in March, followed by Season Two of “The Umbrella Academy” in June, in which Page once again stole the spotlight as troubled superhero Vanya Hargreeves. Perhaps the greatest moment for the activist and actor, however, came on Dec. 1, when Page publicly came out as trans. In a heartfelt letter shared on his social media, Page wrote “I want to share with you that I am trans, my pronouns are he/they and my name is Elliot.” The message — in which Page expresses the joy they feel in pursuing their authentic self while also centering the experiences of trans people of color — was met by overwhelming support by Page’s fans, friends, and co-stars. The moment marks a tremendous one for transmasculine visibility, and it sparked valuable discussions on the treatment of trans individuals by popular media. — Hunter T. Baldwin 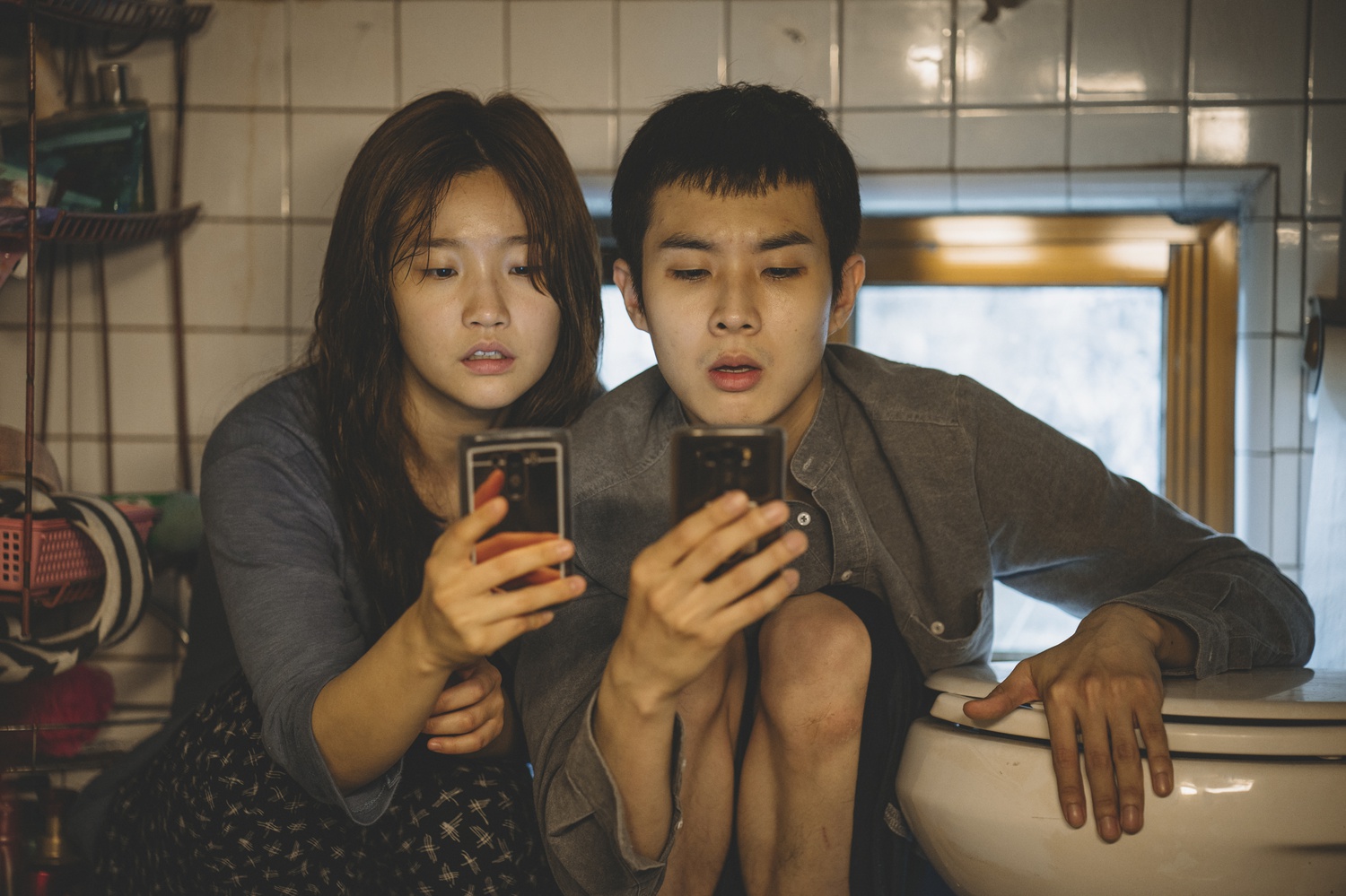 No foreign language film has ever won the Academy Award for Best Picture — until "Parasite." Just a year after frontrunner “Roma” lost in a stunning upset to “Green Book,” many wondered if the Academy would ever buck that tradition. Other frontrunners included films by Hollywood stalwarts Quentin Tarantino (for “Once Upon a Time… In Hollywood”) and Martin Scorsese (for “The Irishman). But in one of 2020’s more pleasant surprises, Bong Joon-ho’s electrifying class-conflict drama didn’t just win Best Picture, but Best Director and Best Original Screenplay as well. All things considered, it’s an Oscars surprise that will make film fans everywhere happy for a long time. — Lanz Aaron G. Tan

When Cardi B and Megan Thee Stallion teamed up for their first collaboration, no one could have foreseen the way it would break the internet. “WAP” is a raunchy, upbeat hip-hop song driven by a heavy bass and a repeated sample of Frank Ski’s 1993 club track “Whores in This House.” Its accompanying music video features Cardi B and Megan Thee Stallion displaying their sex appeal as they dance in different rooms of an “Alice In Wonderland”-esque mansion, withcameos by Normani, Rosalia, Mulatto, Sukihana, Rubi Rose, and Kylie Jenner. The song and music video sparked many conversations, a viral TikTok dance, bizarre Twitter threads from Republican politicians, and even this essay by one of our Arts board executives. But perhaps the most memorable response to “WAP” was conservative political commentator Ben Shapiro’s dramatic reading of the song’s lyrics, in which he replaced the words “pussy” with “p-word” (later clarifying that “p-word” means “female genitalia”) and “dick” with “d-word.” Shapiro followed his reading of the lyrics with an angry rant about feminism saying “it’s not really about women being treated as independent, full-rounded human beings. It’s about ‘wet ass p-word’.” Cardi B responded to the controversy surrounding her song in true Cardi B fashion, tweeting “I can’t believe conservatives soo mad about WAP." Much to Ben Shapiro’s chagrin (and possibly because of it), “WAP” ended up being one of the biggest songs of 2020, and now, “wet ass p-word” will forever live in internet infamy. — Annie Harrigan