The Crimson Arts Board presents its TV favorites of the year, from "Normal People" to "Feel Good."
"The Last Dance" is a multi-part documentary about Michael Jordan produced by ESPN Films and Netflix.By Courtesy of ESPN Films
By The Crimson Arts Staff

Despite featuring much of the same cast as its predecessor and following the same nonlinear model of storytelling, “The Haunting of Bly Manor” tells a completely different story than the first installment in Mike Flanagan’s “The Haunting” anthology. This miniseries tells the story of a young American woman, Dani (Victoria Pedretti), running away from her past as she begins working as an au pair for the two children who live in the eponymous manor in the English countryside. The plot is complex but very compelling with its heart-wrenching stories of love, death, and family drama. The entire cast puts on incredible performances, but the most memorable ones come from the show’s two child actors Amelie Bea Smith (who played Flora) and Benjamin Evan Ainsworth (who played Miles) as they keep up with — and, at times, outshine — the older, more experienced adults actors. With an endearing lesbian love story, haunting apparitions, and creepy British children, “The Haunting of Bly Manor” is the perfectly bingeable show for any horror or drama fan. — Annie Harrigan 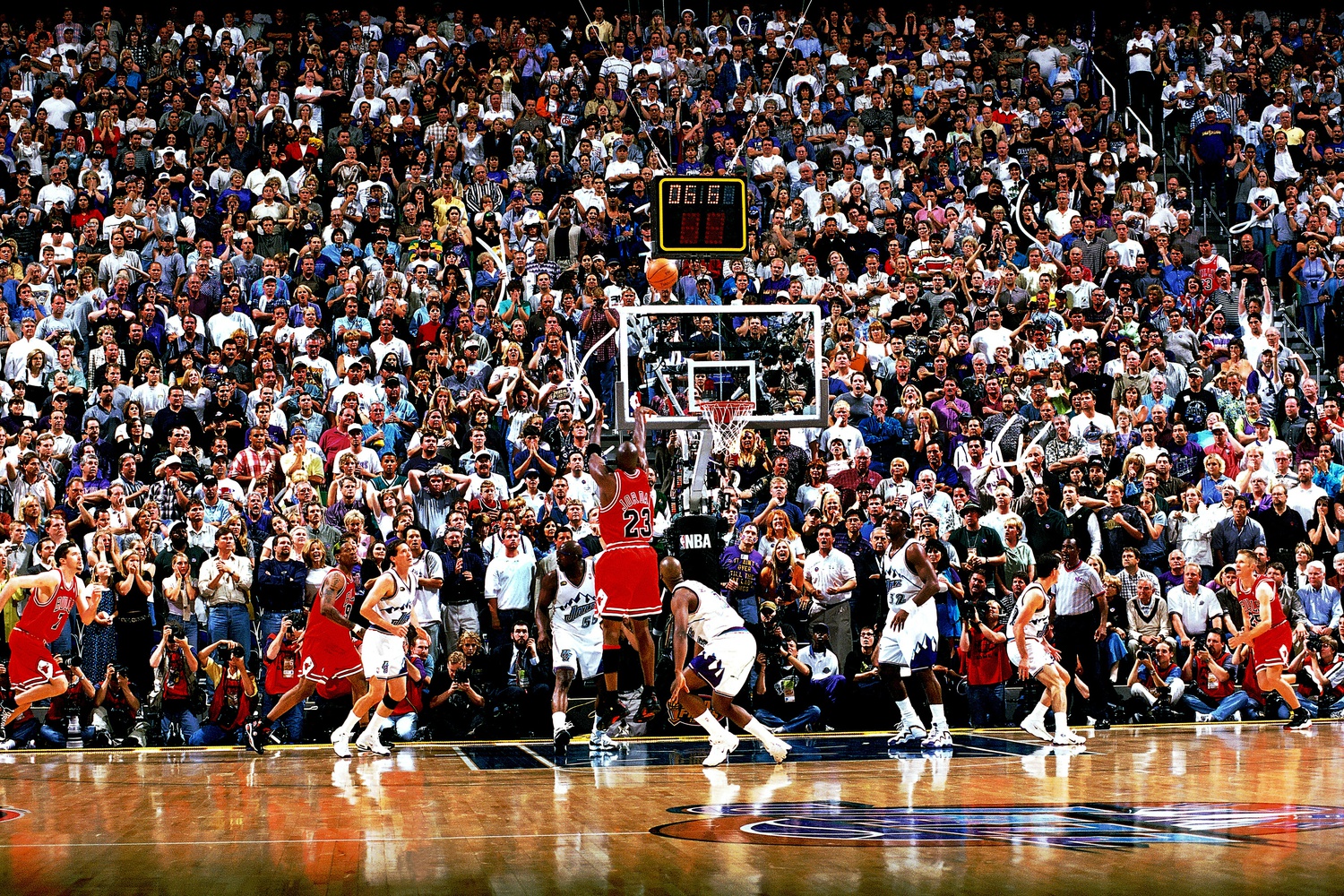 By Courtesy of ESPN Films

As far as source material for documentaries goes, “The Last Dance” could hardly have asked for better content. This ESPN docuseries chronicles the legendary career of basketball superstar Michael Jordan, whose immensely successful and often tumultuous time in the NBA has long been the object of romanticization and criticism alike. Using Jordan’s last season on the Chicago Bulls — his “last dance” as a member of the team — as a framing device, the series explores all of the triumphs and struggles of Jordan’s story while recreating the experience of his meteoric rise in real time. As a palliative for basketball fans who craved sports entertainment after the onset of the COVID-19 pandemic, “The Last Dance” filled the void admirably by editing and presenting old game footage in such a way that famous results felt like unexpected miracles all over again. And as an examination of the personal life of an eccentric basketball genius, the series offered enough drama and intrigue to keep anyone entertained. — Connor S. Dowd

In its second season, Netflix’s adaptation of Gerard Way and Gabriel Bà’s superhero comic series sends the Hargreeves siblings back in time and on another journey to stop the end of the world. The Umbrella Academy must confront the impending apocalypse and their complicated family dynamics in the unfamiliar setting of 1960s Dallas, where obstacles abound. Heartfelt performances from the cast and fast-paced action set to a memorable soundtrack help the show defy expectations as often as space-time traveler Number Five, played by Aidan Gallagher, defies the laws of physics. — Clara V. Nguyen

“Feel Good” is a show about queer love that will take your breath away — full of intimate, autobiographical detail and rich, well-earned moments of catharsis. As it chronicles the life of an ex-addict and stand-up comedian who falls in love with a middle school teacher, “Feel Good” leans into the mess and brokenness of love in a way that few other portrayals of queer romance have ever dared. Throughout this self-portrait of their past struggles with addiction and romance, Martin isn’t just unafraid to shy away from their dark edges — they also bring their beloved comedic creativity to every line. — Joy C. Ashford

It’s rare to watch a documentary so unforced — so respectful of its subjects, so organic and in-the-moment — that can also hook viewers in every scene. Perhaps it’s because competitive cheerleading is rarely boring. Perhaps it’s because Navarro College’s team of cheerleaders is chock-full of bejeweled athletes with wildly different life experiences, each of them replete with a depth and endurance that leaves you eager to really understand them. Whatever your opinion on this endorphin-fueled, unforgiving sport, you will come away from “Cheer” with a renewed sympathy for the kids who have given it their everything. — Joy C. Ashford 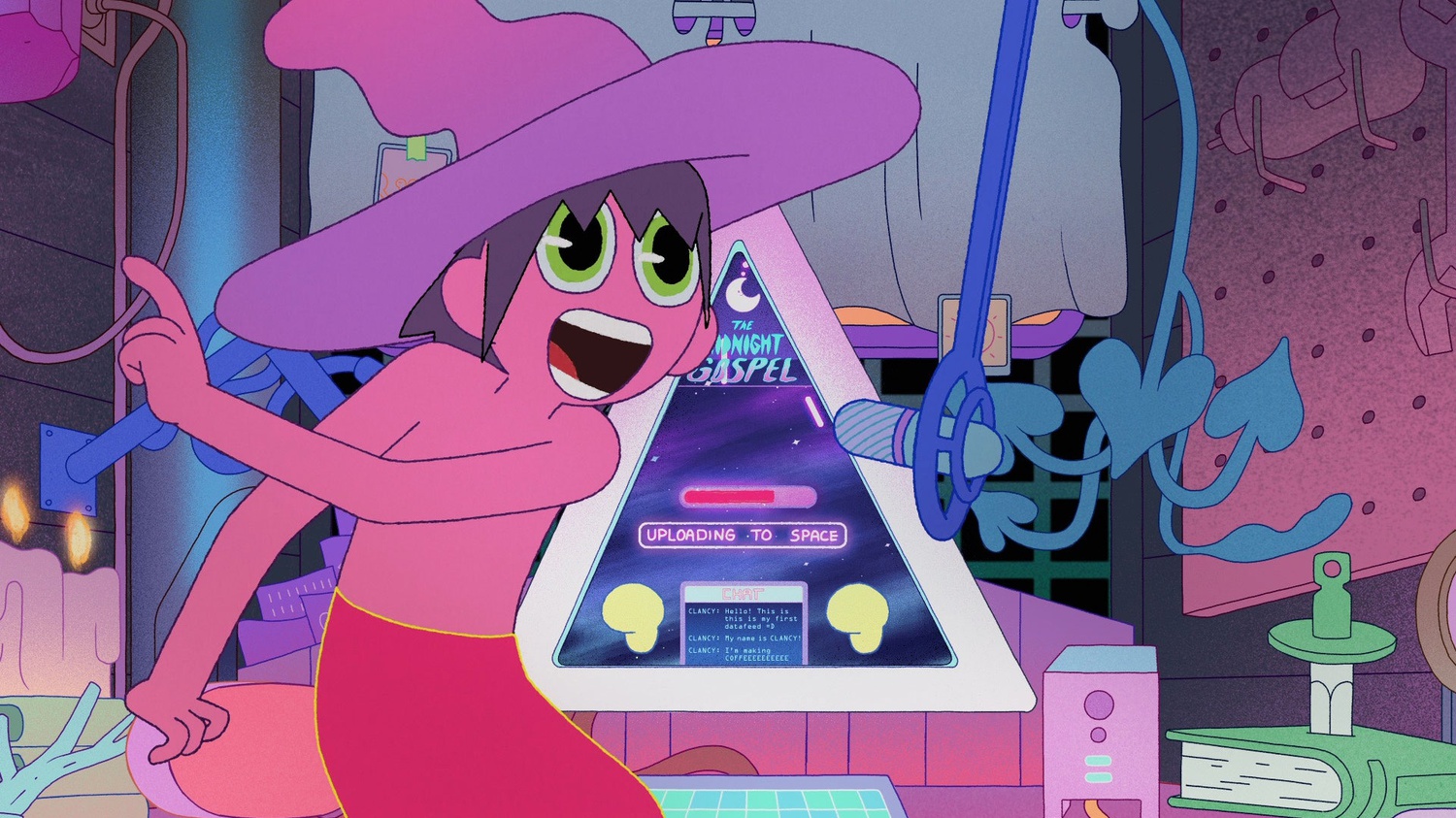 Pendleton Ward and Duncan Trussell’s Netflix animated series transforms audio from Trussell’s podcast into the interstellar adventures of “spacecaster” Clancy Gilroy, who uses a faulty multiverse simulator to interview residents of faraway worlds. Whether following Clancy’s travels through outer space or life at home on the Chromatic Ribbon, each episode explores profound questions worth contemplating in any universe. The show’s vibrant visuals and inspiring conversations make for a brilliant combination of genres. — Clara V. Nguyen

We reviewed “The Midnight Gospel” and found it innovative and powerful. Read more here.

A challenging and devastating examination of sex, violence, and consent, “I May Destroy You” was the year’s most singular artistic tour de force. Michaela Coel created, wrote, directed, starred in, and generally masterminded the 12-episode series, which aired weekly on HBO in an old-school rollout. The genre-defying show was discomforting and darkly hilarious in equal measure, building out its initial premise — millennial author Arabella (Coel) navigates her trauma in the aftermath of being sexually assaulted — into a nuanced critique of modern dating culture and the myriad ways, large and small, in which we harm each other every day. Bolstered by sublimely saturated visuals and star-making performances from Weruche Opia and Paapa Essiedu as Arabella’s best friends Terry and Kwame, “I May Destroy You” was the closest TV got in 2020 to required viewing. — Amelia Roth-Dishy

By Courtesy of Disney

Backed by cutting edge visual effects and a riveting score by Academy Award- winning composer Ludwig Göransson (Black Panther), “The Mandalorian” has flourished — not just as a technical achievement, but as a cultural phenomenon. After the first season took viewers to fringe corners of a galaxy far far away, showrunner Jon Favreau brought “The Mandalorian” back to its Star Wars roots in Season Two. This nostalgic turn included fan favorites such as Boba Fett, Ashoka Tano, and a finale that had Star Wars fans everywhere jumping and screaming. The second season of “The Mandalorian” is a reminder of how to handle fan service well — with plenty of character setups that don’t feel like they pander for the sake of pandering. — Lanz Aaron G. Tan

We reviewed the premiere of Season Two of "The Mandalorian," and we found it fresh and unique. Read more here. 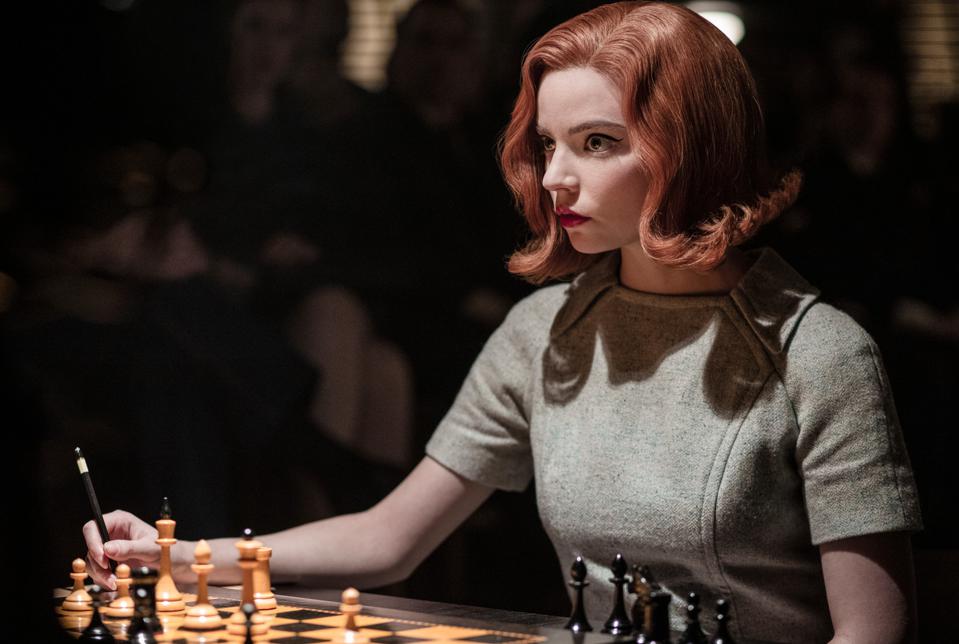 Scott Frank and Allan Scott’s adaptation of Walter Tevis’ 1983 novel captured audiences’ hearts and minds with its immersive depiction of a young orphan’s ascent to fame in the cutthroat world of competitive chess. The show delivers the quick, heart-stopping suspense of a sports drama while also offering an intimate portrait of adolescence, drug addiction, and a young woman’s struggle to find fulfillment. It’s also a brilliantly-designed period piece, and the intricate sets and costumes work together to create a mesmerizing picture of life and travel in the 1960s. Anya Taylor-Joy’s performance as the protagonist Beth, backed up by a dynamic cast of well-drawn characters, ensure that “The Queen’s Gambit” stands out as an engrossing, completely unique watch. — Harper R. Oreck

We reviewed The Queen’s Gambit and called it thrilling, rewarding, and smart. Read more here. 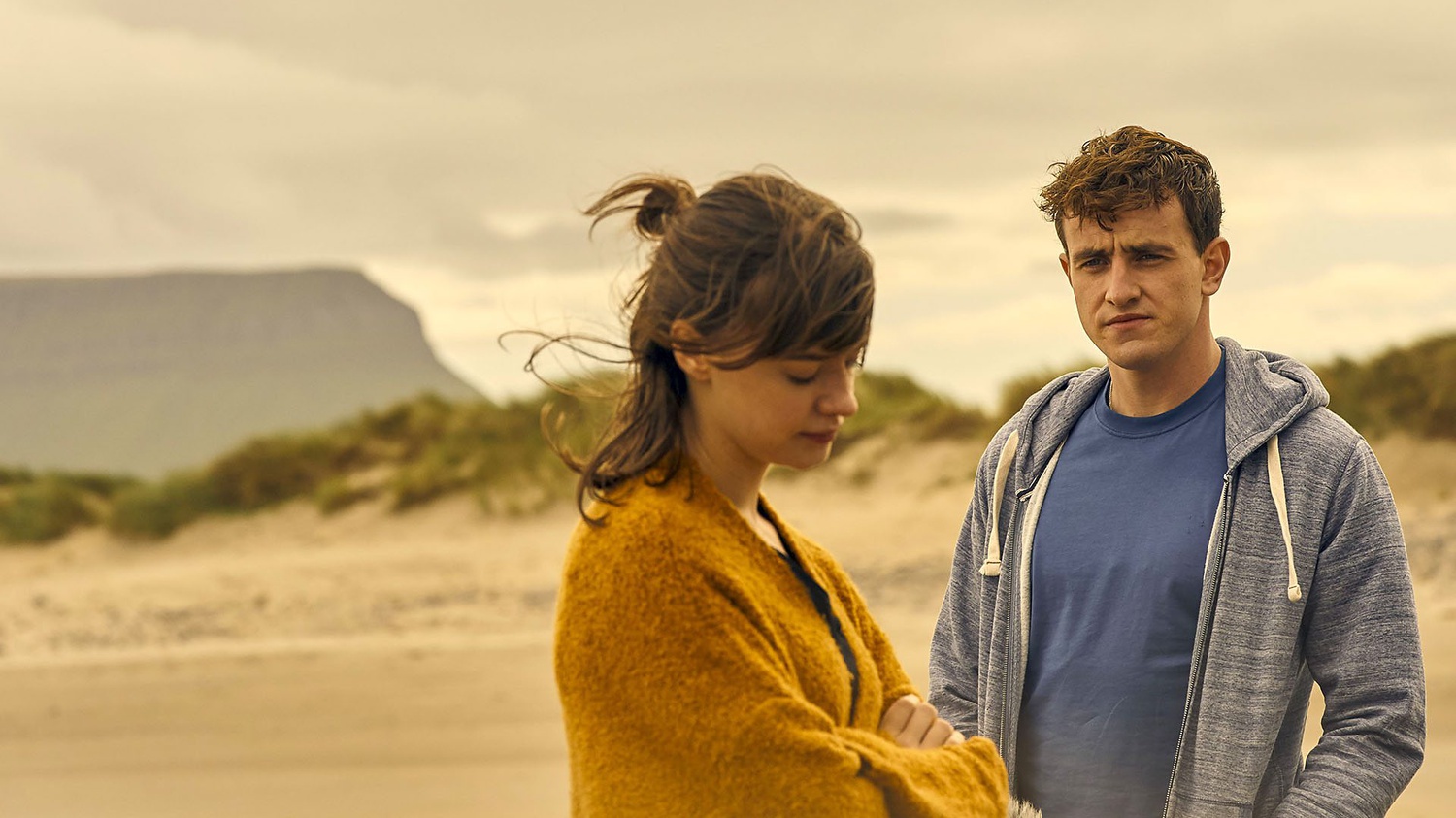 By Courtesy of Hulu

Based on Sally Rooney’s sensational 2018 novel, this Hulu series follows the messy and deeply intimate relationship between two rural Irish teenagers, Marianne (Daisy Edgar-Jones) and Connell (Paul Mescal), as they struggle through high school and college. The instant chemistry between the couple lit audiences on fire — and also made the series’ dreaded ending all the more soul-crushing. A stunning depiction of first love, “Normal People” manages to bring to life a novel dominated by complex inner voice — not particularly ideal for a TV adaptation — and still convey its themes of social status, power imbalance, and insecurity so effectively on screen. What starts as a star-crossed lovers tale between a popular boy and a wealthy but disliked girl quickly evolves into a much more nuanced portrait of a soul-connection, constantly haunted by communication problems and ghosts of the past. — Samantha J. O’Connell

We reviewed “Normal People” and found it sensual, powered by fantastic lead performances, and adapted masterfully from its source material. Read more here.