Portrait of an Artist: Gary Golio 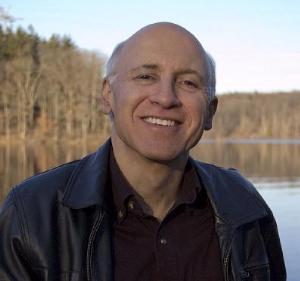 Gary Golio is an award-winning picture book author hailing from Westchester County, New York. His books tell stories from the lives of musical artists accompanied by breathtaking illustrations; the most recent is about blues guitarist Blind Willie Johnson. He recently sat down with The Harvard Crimson to talk about his latest projects, the process of writing picture books, and his decision to become an author.

The Harvard Crimson: Can you tell us a little bit about your newest book? What was your inspiration for writing it, and what do you see as its most important takeaways?

GG: I was a therapist for many years — a psychotherapist, a clinical social worker — and I worked with a lot of teens — adults as well — but teens who had addiction troubles and who had had very difficult circumstances and challenges in their lives, and everyone loves music. When I look at somebody like Jimi Hendrix or John Coltrane or Billie Holiday, I see in their early years the roots of everything they became. That’s partially my perspective as a therapist, but it’s also my love of music. It kind of points you to the root source of things. I wrote these books because I felt they were roadmaps for people, that you could look at the early years of Jimi Hendrix or John Coltrane or Charlie Chaplin — that’s another one of my books — and if you were looking for an example, a role model, an inspiration . . . that these books could give you something to chew on.

THC: What made you decide to become an author of picture books after working as a social worker, and as a fine artist before that?

GG: I went to SUNY Purchase, the visual arts department, and I sold my work to a lot of corporate collections and individuals in the United States for many years, landscape paintings of the Hudson Valley… I sort of had a little midlife crisis of my own at 40 years old, and I went back to get my Master’s in clinical social work… Then I started working with young people who had been, unfortunately, sexually abused, kids who had serious addiction troubles and adults who had the same problems. I felt like it was all sort of the same. To me, being an artist is taking a look at quality and being really good and determined to be good at whatever you do. Whether you’re a car mechanic or a hairdresser or a dentist, you can be an artist in terms of the way you approach whatever it is you love to do.

After a while my wife had become a very celebrated children’s book author, and she was writing biographies, and one day she said, “What are you doing at your desk?”... And I said, “I’m writing a picture book,” and she said, “Really? About whom?” and I said, “It’s about the early years of Jimi Hendrix growing up in Seattle.” And she thought it was a little crazy, but then she sort of came around ... It took a little while to get it off the ground, but it was exciting for me, because as a kid, I loved Marvel Comics. In the early sixties, there I was as a young boy, and those things were just coming out — Spider-Man and the Fantastic Four and all of these different superhero groups, Doctor Strange — and it was very inspiring to me. So people say, “Oh, you’re an author, you must have read a lot of books as a kid.” In fact, I really didn’t. I read a lot of comic books.

THC: Can you talk a little bit more about writing picture books in particular? What are some challenges that are unique to writing a picture book?

GG: People don’t always understand that if I do a picture book about someone that’s a biography, first of all, for me, it has to be accurate. It has to be based on facts; it has to be based on the history. I don’t make up dialogues for Willie, or anyone. I base it on a lot of research that usually takes months to do, and then the real challenge is how to distill that into a text... You have to be kind of ruthless. You can write beautifully and poetically, but you want to really condense and distill those ideas. . . . You don’t want to write down, because kids are extremely smart. They pick up everything. But there are things in a person’s life that aren’t necessarily important. The Jimi Hendrix book — it’s about him as a child, but in the back matter, I talk about addiction as an addictions therapist. I talk about resources that people can call upon if they’re seeing their kids or grandkids having troubles in that way. You always have to know who your audience is, and I think you have to write with as much truth and honesty as you can, and also at the same time — and this is why it’s tough — you also want to tell a story that has drama to it.

THC: As someone with a background in the arts, can you outline for us how you work with illustrators to ensure that your vision for a book is reflected in the final product?

GG: 99 percent of the time in children’s book work, if you are an author and you sell a story to a publisher and it’s going to become a picture book that’s going to be illustrated by a fine artist, you don’t even meet the illustrator; you don’t get to talk to them. . . But just the way my life turned out, I got to know a lot of artists who are illustrators in the field, and I’d bring them work. . . . [The illustrator for my newest book, E. B. Lewis, and I] just came up with a project — in fact, we just sold a project about a man named William Carney, who was a Black soldier in the Civil War and the first to be awarded the Medal of Honor. So, it’s gotten to the point where that’s what I do, but it’s not the routine way of doing things. What you do have to do as an author is you have to trust — whether you’ve suggested an artist or the editor has chosen an artist, which is what usually happens — that they know what they’re doing, that they’re going to respect your work.

THC: What is the most rewarding part of being a picture book author?

GG: I do a lot of interviews about my books. especially when they’re about music, I do a lot of interviews with DJs on radio stations across the country. It’s wonderful to have somebody interview you while they’re playing that song — whether it’s by Jimi Hendrix or John Coltrane or Billie Holiday or Blind Willie Johnson — in the background while you’re talking about their life. I try to approach it with a lot of humility, because it’s not about me, it’s about this person — whose work I really love — and their life … So at that point, I just let it go — it’s not mine anymore — and put it out into the world, and I just watch what happens.