‘The Midnight Library’: A Tale of What Could Have Been 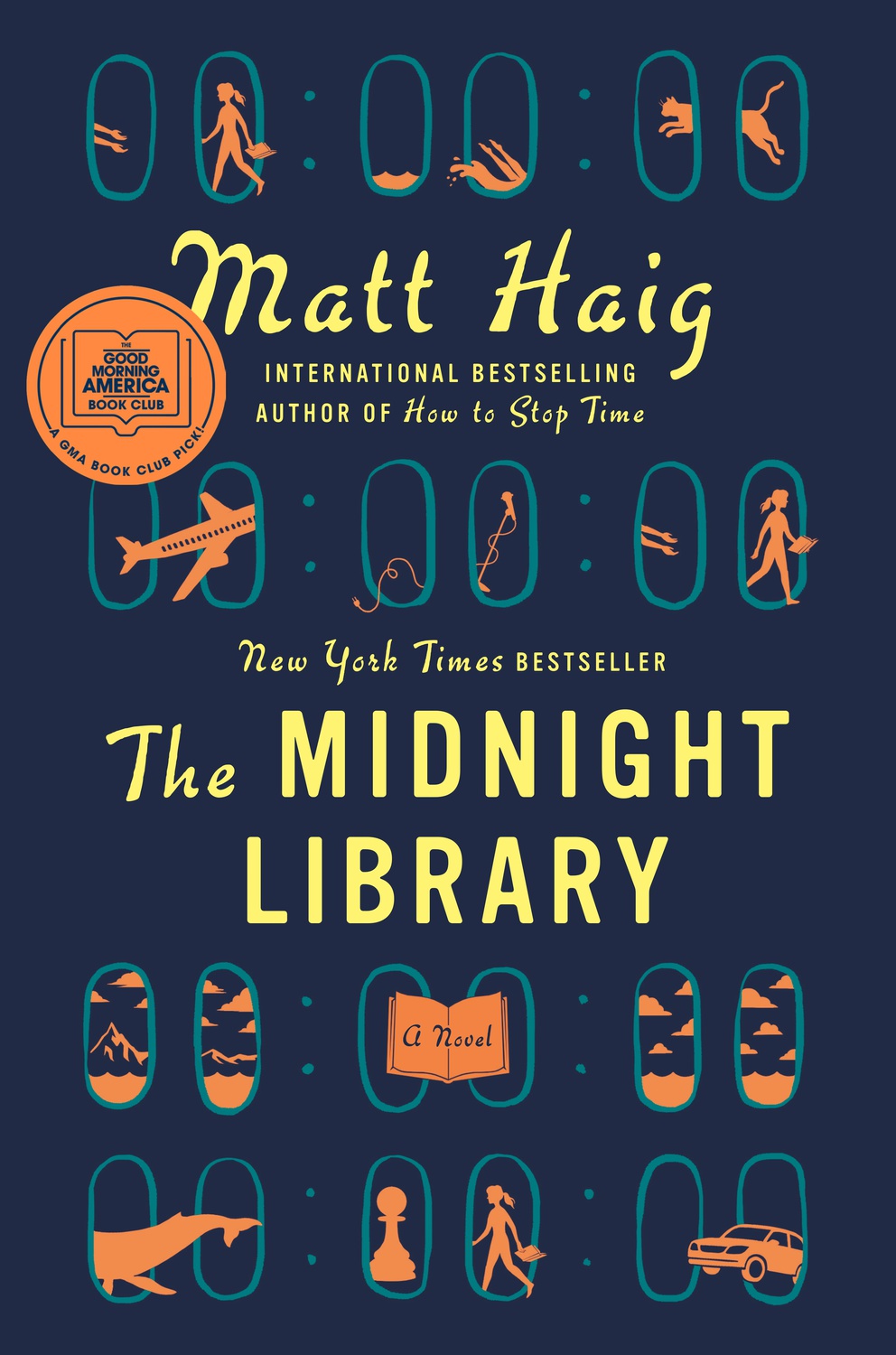 “The Midnight Library,” best-selling British author Matt Haig’s latest book, tells the story of a woman in her thirties who, after suffering an overwhelming attack of hopelessness and despair, embarks on a journey to rediscover the meaning of life. Unfortunately, the book is as clichéd as it sounds. While initially promising an interesting mix of casual writing with the question of post-mortem existence, “The Midnight Library” ultimately fails to deliver, falling short of the intriguing novel it could have been.

The book begins with what amounts to a cursory overview of the life of Nora Seed and of everything underlying the feelings that drive her to suicide. And while it was certainly a creative choice to begin the book with Nora’s fateful decision, it is here that the most crucial weakness of Haig’s writing reveals itself — namely, his failure to develop characters that are multidimensional and relatable.

For starters, Nora’s fall from grace — which Haig spends the entire book dissecting and rehashing — is too fantastic to be of any use to the average reader. As a reader, it is hard to accept that Nora would go from being a teenage national champion swimmer destined for the Olympics, to an artist on the verge of signing with a major record label, to a broke and unemployed adult with no friends, no significant other, and no family she still talks to; indeed, it is incredibly unrealistic. None of the quirks Haig gives Nora in his desperate lunge at verisimilitude — such as her veganism, an entirely irrelevant detail repeated constantly throughout the novel — make up for the fact that she seems so unlike a real, living person. The result is that no ordinary reader is able to relate to Nora, weakening what could’ve been a much more powerful story.

But as much as parts of her story are overdone, Nora’s emotions do not receive the attention that they deserve from Haig. In general, Haig tends to focus too much of his attention on the plot and on the specific actions taken by the characters, and this has the effect of weakening the appeals to emotion he makes throughout the book. This is felt the most in the two moments where Nora’s emotions drive the plot forward: first when Nora, drowning in despair, decides to end her life, and later when love inevitably changes her mind. Intended to be moments teeming with raw, unbridled emotion, Haig’s decision to not spend enough time developing the emotional side of the novel — either through imagery, metaphor, or simply more creative writing — means that they have no bite. Instead of being rich with feeling, Haig’s writing is superficially descriptive.

As hard as it is to picture Nora as a real person, the supporting characters are even less lifelike. Although Haig’s choice of storyline — in which Nora spends most of her time “trying on” the different lives she could’ve lived — doesn’t lend itself well to great minor character development in the first place, he still makes little effort to bridge the gap. Each minor character is reduced to the relationship they have with Nora and the problem they had with her before she chose to end her life. They are subject to little complication and experience no growth. Haig misses an obvious opportunity to expand the characterization of Hugo, a character trapped, like Nora, between life and death, exploring the different lives he could’ve lived.

Indeed, Hugo is perhaps the most frustrating character of the novel because, again, of what could have been. As the only other character who is consistently himself — because he is also switching between the different lives he might have lived — he is the only person with whom Nora would have been able to develop a dynamic relationship over the course of the novel, one that could have led to personal growth for both of them in an unexpected way.

In fact, after reading Nora’s first extended interaction with him, in which he teaches her about the strange purgatory she is living in, one’s natural inclination is to believe that this will be the direction that the book takes. But this is the only interaction with Hugo that is given much attention, with the only other similar interaction between the two later summarized for the reader in what appears to be a useless blurb of information.

Instead, Haig chooses to pursue the repetitive, predictable plot that reveals itself less than a third of the way into the book. The novel’s ending is predictable. Likewise, its theme — that life is, in the end, worth living — is trite and uninteresting. “The Midnight Library” lacks a twist in either its plot or thematic elements — a twist that the character of Hugo tantalizingly offers — that would’ve given it more substance and made it more worth the reader’s time.

Ultimately, “The Midnight Library” is the story of a missed opportunity. The concept of the book is an intriguing one, but Haig misses the opportunity to create a genuinely interesting story. Instead, he commits to a repetitive, predictable plot with a cliché theme, leaving the reader a story that is best told by the description on its back cover.