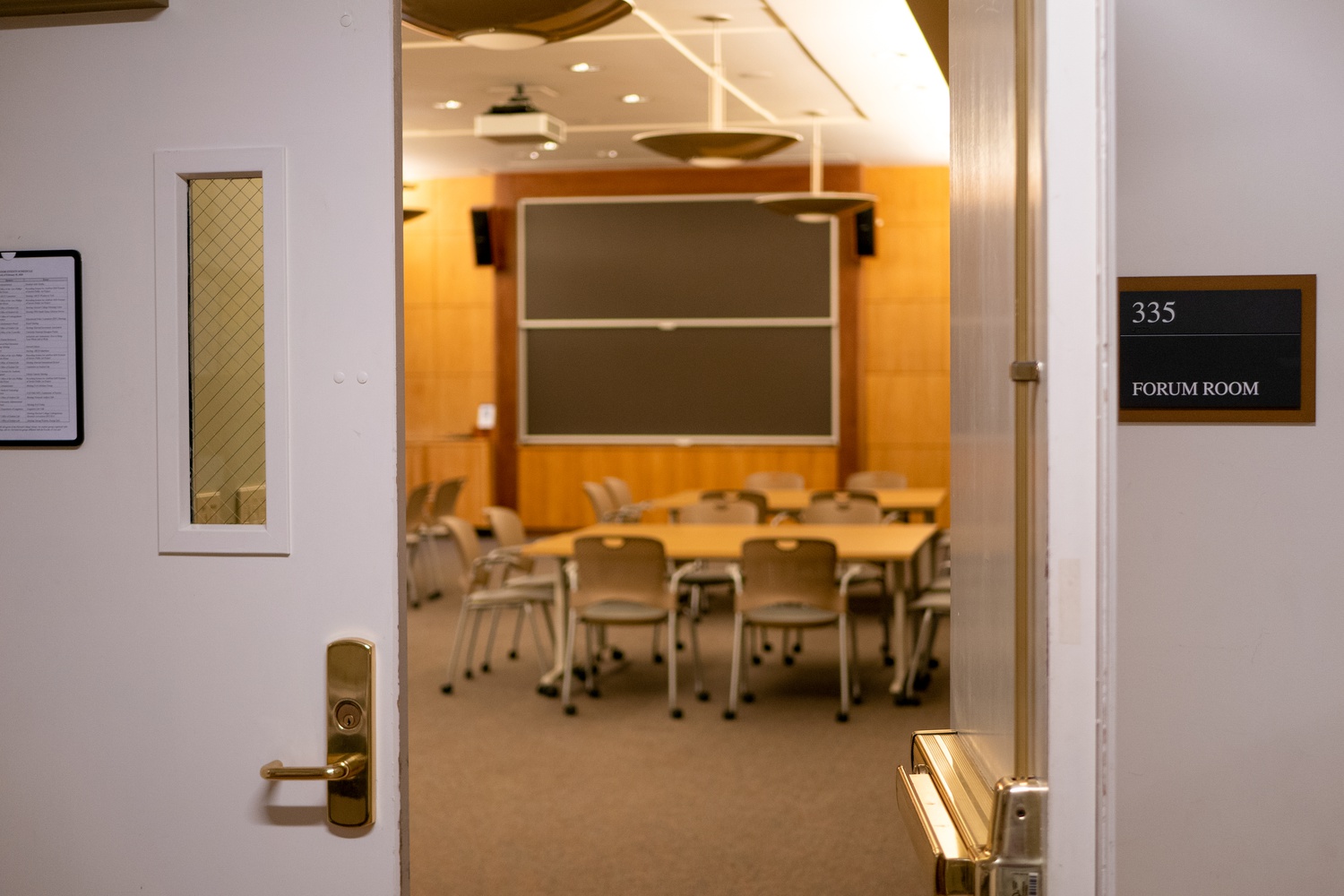 The Committee on Student Life discussed the SEAS move to Allston and changes to the Kirkland House seal at its monthly on Thursday in the Lamont Forum Room. By Sara Komatsu
By Sydnie M. Cobb and Declan J. Knieriem, Crimson Staff Writers

The Committee on Student Life convened Thursday to discuss potential changes to the Kirkland House shield, plans for the new School of Engineering and Applied Sciences campus in Allston, and updates to the Undergraduate Council caucus system.

Conley said perception of the current shield has changed over the years. She added that student feedback to the proposed design has been positive.

To bring about a change in the shield, Dean of the College Rakesh Khurana must approve a petition. According to College spokesperson Rachael Dane, Khurana has yet to make this determination.

Meanwhile — with mere months until many SEAS labs, classrooms, and offices move across the Charles — the committee also discussed issues related to Harvard's new Allston campus, including transportation and dining options. Harvard Vice President for Campus Services Meredith Weenick outlined how Harvard will accommodate undergraduate travel by creating a direct link between Allston and the Quad, improving bike lanes, and increasing shuttle frequency.

The new facilities will include a second location for FlyBy — a Harvard University Dining Services provision for to-go meals — as well as an adjacent BoardPlus cafe, according to Weenick. The site will also host tours during shopping week in the fall to encourage students to shop classes at the Allston campus.

Weenick added that the move will likely present unforeseen difficulties.

“We’ll be working the kinks out as we go along,” she said. “You don't know how a building is going to function until people start to occupy it.”

UC representative and CSL member Alexa C. Jordan ’22 said in an interview Thursday that she hopes the Allston campus can draw students outside of SEAS to venture across the river.

“I think I'm drawn to such beautiful architecture,” she said. “It would be so lovely to have a class and be able to spend an hour or two there studying.”

UC President James Mathew ’21 presented an adjustment to the UC caucus system that would allow student leaders from cultural organizations to join the caucuses. The existing caucus system only extends membership to elected UC representatives.

Mathew said he believes this change can help address issues of representation on the UC.

Jordan said she agrees with Mathew and believes that a “revamping” of the caucuses is necessary due to “poor representation” of minorities within the current system.

“I think that this is a way in which to get the voices of students more directly reflected in UC policies and practices,” she said. “Do I think it's going to be a radical change? No. But do I still think that it's important that we're doing this? Yes.”