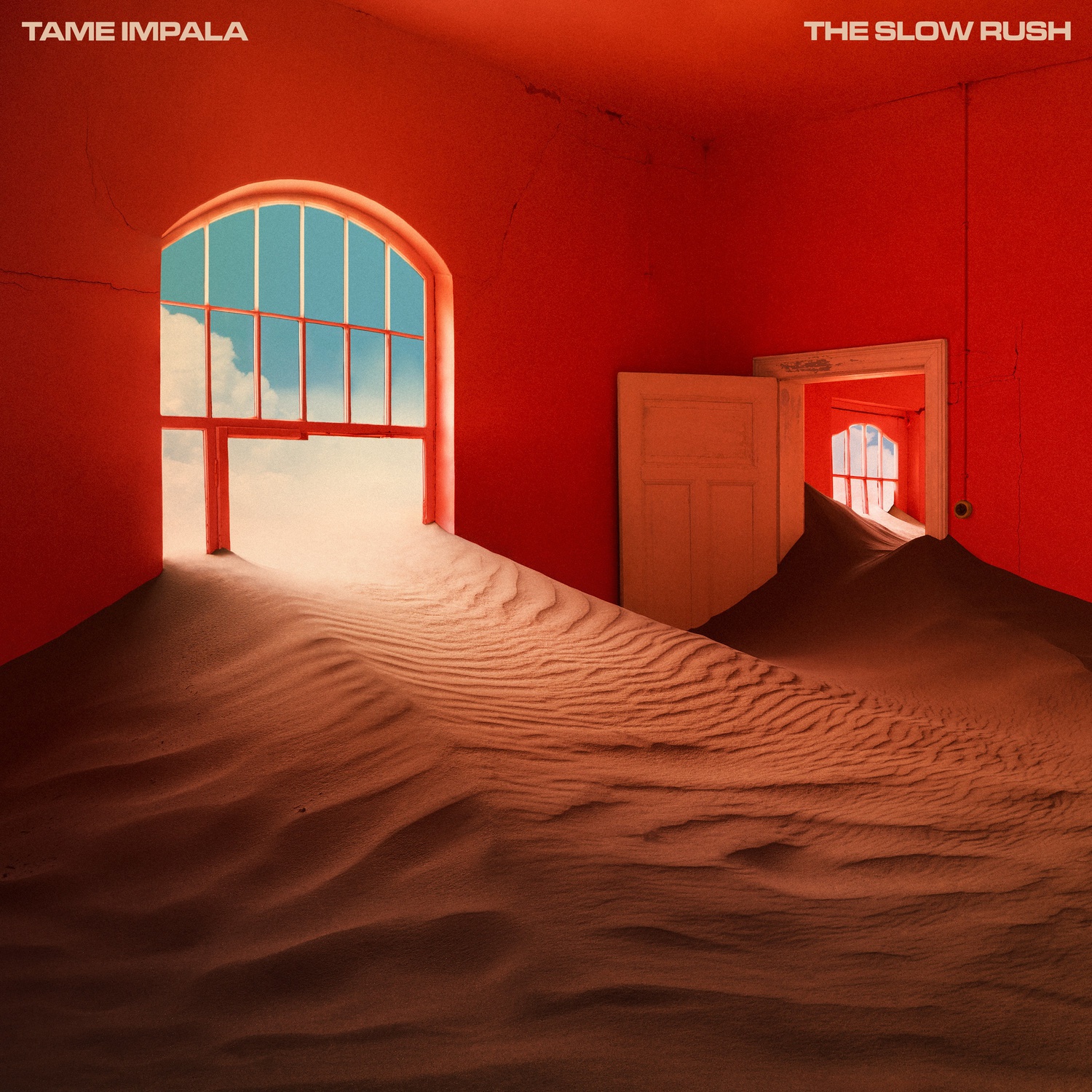 Where could Tame Impala go after achieving the rare synthesis of indie appreciation and mainstream success following their 2015 album “Currents”? There is a wide spectrum of possibility for the follow-up to a big hit in today’s fractured, ultra-competitive music climate. On one end, artists can reinvent themselves completely and suffer financially for it. The public wanted Arctic Monkeys to release another “AM,” but frontman Alex Turner instead gave them the Bowie-esque “Tranquility Base Hotel & Casino,” a concept album about a moon resort with good tacos. Conversely, artists can put up a facade of change that is broadly palatable but lacks personality or purpose. Justin Bieber’s “Changes” carries big messages of transformation but fails to take artistic risks. This dilemma — forgoing commercial success for niche left turns versus talking about musical evolution without actually delivering the goods — belies an inescapable truth of art: Change is hard.

“The Slow Rush,” released on Feb. 14 as the culmination of a grueling five-year wait after “Currents,” refuses to fall neatly into either of the aforementioned archetypes. Instead, frontman Kevin Parker offers a balance between sonic 180 degree pivots and false promises. Is this balance satisfying? To many, it won’t be. While the group’s sound largely remains the same, the lyrical content and opaque song structures point to a substantial — and potentially off-putting — maturation from Parker. But Parker finally seems to feel satisfied with his work, which has allowed him to take calculated risks on this album that pay off handsomely on repeat listens.

Oftentimes, the follow-up to a big record emerges out of isolation. Turner and Bieber largely left the spotlight during their five-year release droughts — “Despacito” notwithstanding — and their subsequent lyrics speak of struggles with writer’s block and imposter syndrome. Parker stayed active during this break, though, producing for artists like SZA and playing bass for Travis Scott on “SNL” in 2018. As a result, the change that inspires “The Slow Rush” is paradoxical: We do different things only to end up exactly where we started.

This inherent circularity informs the thematic arc of “The Slow Rush.” At the album’s onset, life passes Parker by (“We’re on a rollercoaster stuck on its loop-de-loop” on “One More Year”). Marriage breaks this hypnosis on “Instant Destiny” (“Let’s cause something permanent / Just so we know we can”), leading Parker to reckon with his social life on “Borderline” (“I wonder how I managed to end up in this place”) and family ties on “Posthumous Forgiveness” (“You’re just a man after all”). This reckoning isn’t easy, spurring the anxiety-reducing techniques of “Breathe Deeper,” the forward-focus of “Tomorrow’s Dust,” and the steadfast optimism of “On Track.” This personal focus requires letting go of nostalgia (“Lost in Yesterday”), questioning permanence (“And I tell her I’m in love with her / But how can I know that I’ll always be?” on “Is It True”), and coming to terms with mortality (“It Might Be Time”). The two minute long “Glimmer” shows Parker returning to the studio and serves as an interlude to the frighteningly beautiful “One More Hour,” with its outro speaking to Parker’s acceptance and ownership over his decisions (“I’m with you and I can roll into another year”).

Grand themes are not new for Tame Impala. “Currents” produced hits like “The Less I Know The Better” and “Let It Happen” while still connecting songs through the motif of moving on. Some tracks, however, felt inessential to this narrative, and their ordering actively hampered its impact. Parker admits his evolution on “Yes I’m Changing,” and emotionally breaks off a relationship in “Eventually,” but he then reverts to pining after a flame in “The Less I Know The Better,” breaking his progress. “The Slow Rush,” in contrast, seems more emotionally consistent.

“The Slow Rush” also takes after the more complex aspects of “Currents.” “New Person, Same Old Mistakes” finished “Currents” on a multilayered high note, and Parker takes some of that unorthodox structure into his next album. “Breathe Deeper” samples, in Parker’s words, a track from a “parallel universe.” “Posthumous Forgiveness” displays over two acts Parker’s progression from hating his father to sympathizing with him. Parker samples a phone call with his wife on “Tomorrow’s Dust” and an unnamed podcast on “Glimmer.” Even “Borderline,” which was released as a single in 2019, sounds entirely different on the album: the bass is heightened, the drums hit harder, and the synths are much funkier. Some of these decisions may not work for everyone — the fake-outs in “It Might Be Time” and “Glimmer,” for example, can feel superfluous — but this record is much riskier and experimental than it first appears. The vast majority of these leaps work, though, because of the agonizingly long wait between albums, time that has given Parker the chance to not just obsess over artistic dilemmas but also expand his range.

In all likelihood, most listeners will not give this record the time it needs to fully sink in. That’s not anyone’s fault, since the music market has gotten more crowded, even in the five years since “Currents.” While there are undeniable hooks on this album that will stick in your memory, there doesn’t appear to be a hit on the same level as “The Less I Know The Better.” Lacking popularity works for Parker, though, because he doesn’t intend to play it safe in search of radio success like Bieber. Alternatively, the goal of the album was also not to fundamentally change his band’s sound, as Turner did for Arctic Monkeys. Instead, by not following either example, Parker has carved himself his own spot on the spectrum of follow-ups: one that actively, naturally improves upon its predecessor, and one that other artists would do well to emulate. In the end, “The Slow Rush” is a record about focus — which, unfortunately, is required to fully imbibe what Parker has to offer.