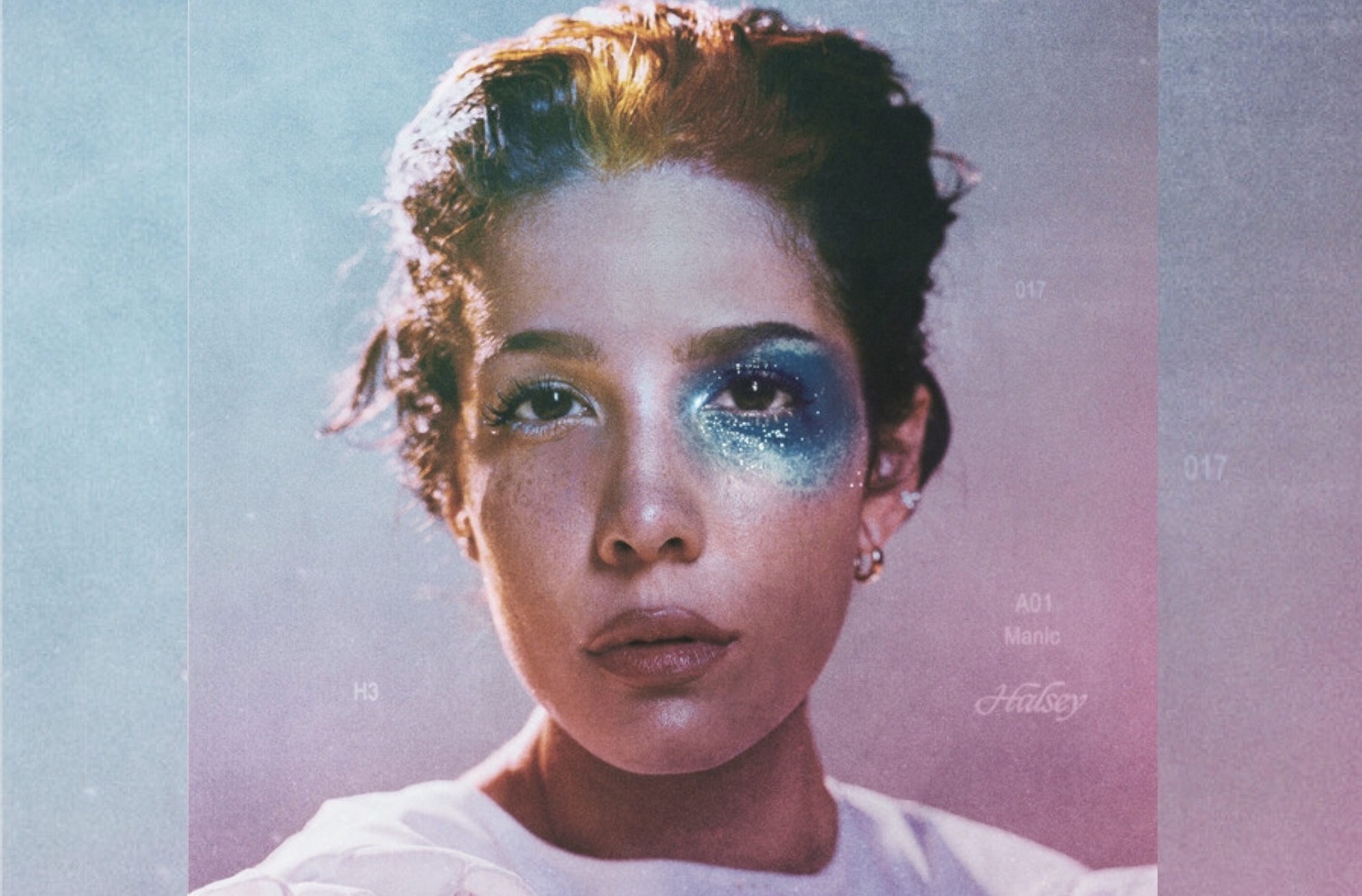 Contemporary pop often seems little more than a blissfully uniform influx of silky voices and sparkly costumes, delivered by stars with superhuman self-assurance. The ensuing effect on the senses is at once dulling and overwhelming.

Enter Halsey. Born Ashley Frangipane, the American singer got her start on social media and skyrocketed to chart-topping fame. Her third studio album tears apart the gilded veneer of pop perfection to expose a visceral, bracing authenticity, all while retaining traces of the sleek sound she once embraced. Out of tension and turbulence, “Manic” forges a fleeting portrait of an artist in metamorphosis: capricious and vulnerable but no less of a creative force.

Halsey doesn’t mince words. The album’s first track, “Ashley,” delves headlong into her complex self-image, especially the liminal space between her personal and performative identities. During a Jan. 16 Spotify takeover, Halsey discussed the ancient Japanese belief that each person has three faces: one they show to the world, another for close friends and family, and an entirely private face which, according to Halsey, “exists in the cracks between the two.” Halsey equates the first two with her stage and given names, respectively. With “Manic,” she hopes to offer listeners a “glimpse of that third face.” A confessional, halting introduction to the emotional upheaval to come, “Ashley” reveals the inner workings of an artistic identity crisis. As the song begins, Halsey quietly comes to terms with the autonomy of her choices over a steady foundation of synths and snare drums. “Took my heart and sold it out to a vision that I wrote myself,” she sings, possibly referring to a sense that she’s neglected her true self in favor of her fabricated alter ego. With the line “Someday, someday, when I burst into flames,” Halsey’s voice does exactly that, the background synths rising to match its newfound resonance. At the beginning of the next verse, she reverts to a rhythmic murmur just as abruptly.

As the backing track fades out, “Ashley” ends on a Kate Winslet quote from “Eternal Sunshine of the Spotless Mind,” one of Halsey’s self-professed favorite films. It’s a fitting segue into the album’s next song: “clementine,” inspired by Winslet’s performance in the sci-fi romance. Understated and lyrical with a lilting keyboard motif, “clementine” pays tribute to a film of deep personal significance for Halsey. “I basically built my whole personality off of [the character] Clementine,” she said in an interview with Rolling Stone.

Unlike the preceding synth-powered tracks, the intro to “Graveyard” features a mellow acoustic guitar riff, which beautifully accompanies Halsey’s torn opinions on the appeal of an unhealthy relationship: “It’s crazy when / The thing you love the most is the detriment.” But the novelty is short-lived — synths creep into the pre-chorus and eventually replace the guitar altogether. The new instrumentation lends the song momentum, but at the expense of its prior simplicity. When the next song, “You should be sad,” undergoes the same shift, déjà vu sets in. Though not quite convincing, the deliberate timing of the changes lays bare the jarring contrast between the bubbly electropop beats and Halsey’s dismal lyrics.

As a recurring musical element, Halsey’s heavy reliance on synths creates an ambiguous atmosphere, tempering the raw emotion in her voice. The album’s true unifying factor lies in its lyrical themes of transformation and self-discovery. Throughout the album, she provides nuanced commentary on different aspects of love and does not hesitate to acknowledge her own shortcomings. Even as Halsey delivers the most pointed jabs at her exes on “You should be sad” — “And you can't fill the hole inside of you with money, drugs, and cars / I'm so glad I never ever had a baby with you” — she ultimately turns to reflection over anger, amplifying the honesty of her claims. “Got no anger, got no malice / Just a little bit of regret,” she sings in the first verse. Several tracks explore the limits of codependency, such as “Without Me,” the album’s lead single and Halsey’s first solo track to top the Hot 100. As Halsey grapples with the magnetism of a manipulative and ungrateful ex, her voice soars and echoes to an infectious power-ballad beat. Her searching repetitions of the phrase “I don’t know why,” in reference to her futile attempts to save her relationship, further emphasize the depth of her sadness and confusion.

“I cried the whole time I recorded it,” Halsey tweeted about “Without Me.” “But now I feel proud. And empowered.” And with good reason — for an artist whose previous albums revolved around the construction of elaborate fictional universes, the unfiltered candor of “Manic” marks an impressive step into new creative territory. Halsey describes the album’s diverse features — rapper Dominic Fike, alt-rocker Alanis Morissette, and K-pop star Suga — as “people who really represent different parts of my psyche.”

On the album cover, Halsey sports a striking blur of blue eyeshadow on one eyelid. Against a background of muted pastels, the iridescent pigment becomes the image’s focal point. From her initial concept of a black eye and its association with trauma, Halsey chose to create a “badge of honor” out of the bruise by rendering it in glitter — commemorating her inner strength instead of hiding her struggles. With verve and audacity to match her vibrant makeup, “Manic” showcases Halsey’s ability to create order from chaos, hope from loss, and beauty from pain.

—Staff Writer Clara V. Nguyen can be reached at clara.nguyen@thecrimson.com.