What to Read in Quarantine 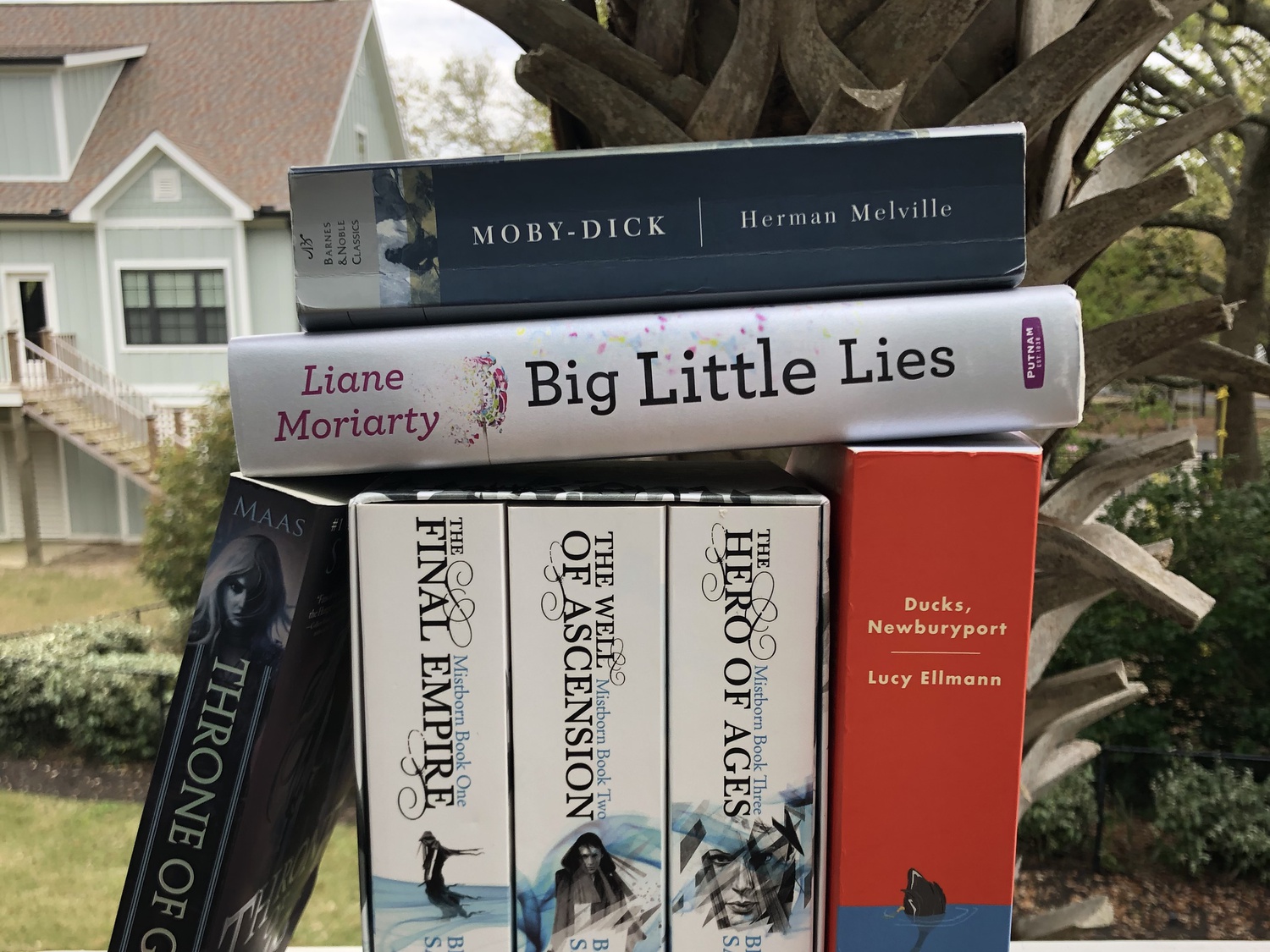 There are so many articles recommending books to read as we all hole up at home that it’s difficult to keep track of them all. Scribd and Audible have opened up their libraries, ebooks can be downloaded at the touch of a button, and everyone has an opinion on what you should be reading in your newfound abundance of free time. But for many book lovers, there’s a big TBR shelf (“to be read,” for the uninitiated) staring us down. Here’s a guide to help you narrow down what to read — and while this list is mostly aimed to help you read what you already own, it’s also a fantastic opportunity to support your local indie bookstore or utilize your wonderful local library.

Often the most critically acclaimed books are also the most daunting. For me, “Ducks, Newburyport” by Lucy Ellman glares at me from my shelf. This novel was shortlisted for the Booker last year and critics raved about it. The catch? It’s almost 1,000 pages, but most of the novel is a single sentence. Now is a great time to pull out that critically acclaimed novel you’ve always meant to read, but seemed just out of your comfort zone.

The Classic You Always Meant to Read

I’ve been meaning to read Melville’s “Moby-Dick” for years, but there’s always a reason not to: I’m too busy, I want to read the exciting new release, I want to read something lighter. But now, what’s stopping you? Of course, don’t feel like you have to marathon anything. But it is now easier than ever to carve out 30 minutes a day to chip away at that novel you know you should have read (or, that you’ve been pretending to have read all these years). Project Gutenberg, a site that has many classics for free, is a great resource if you never got around to buying that one classic that’s been haunting you.

The One That Got Adapted

Some of us (me) are sticklers about reading books before watching their TV or movie adaptations. Others might want to read a book after enjoying the adaptation. Regardless, now is the time to do it! The only thing between me and an HBO subscription is the fact that I have yet to get around to reading Liane Moriarty’s “Big Little Lies.” There is an abundance of possibilities here, although popular choices include Celeste Ng’s “Little Fires Everywhere” and Donna Tartt’s “The Goldfinch.”

I often put off starting a series if I know I’m about to be busy, because I want to binge all the books back to back. There is no time like the present to finally pick up that series — maybe there are eight books in the series, maybe it’s a trilogy of 600 page books, maybe it’s fantasy that seems complicated — because, really, what else are we going to do? For me, I’m intrigued by Sarah J. Maas’ “Throne of Glass” series and Gabaldon’s “Outlander” series (which also has a substantial adaptation with four seasons and a fifth on the way, to be found on Netflix).

The One That’s Been Sitting on Your Shelf

We all have that one book — or, if I’m being honest, many books — that we’re so excited about, but never quite makes the cut. It’s always getting pushed aside for a new release, or maybe it never seems like the right time. For me, that’s the “Mistborn” series by Brandon Sanderson, which I’ve been excited about for ages but just never got around to picking up. But now is that book’s time to shine! Pull it off the shelf and give it a go — you know you want to.