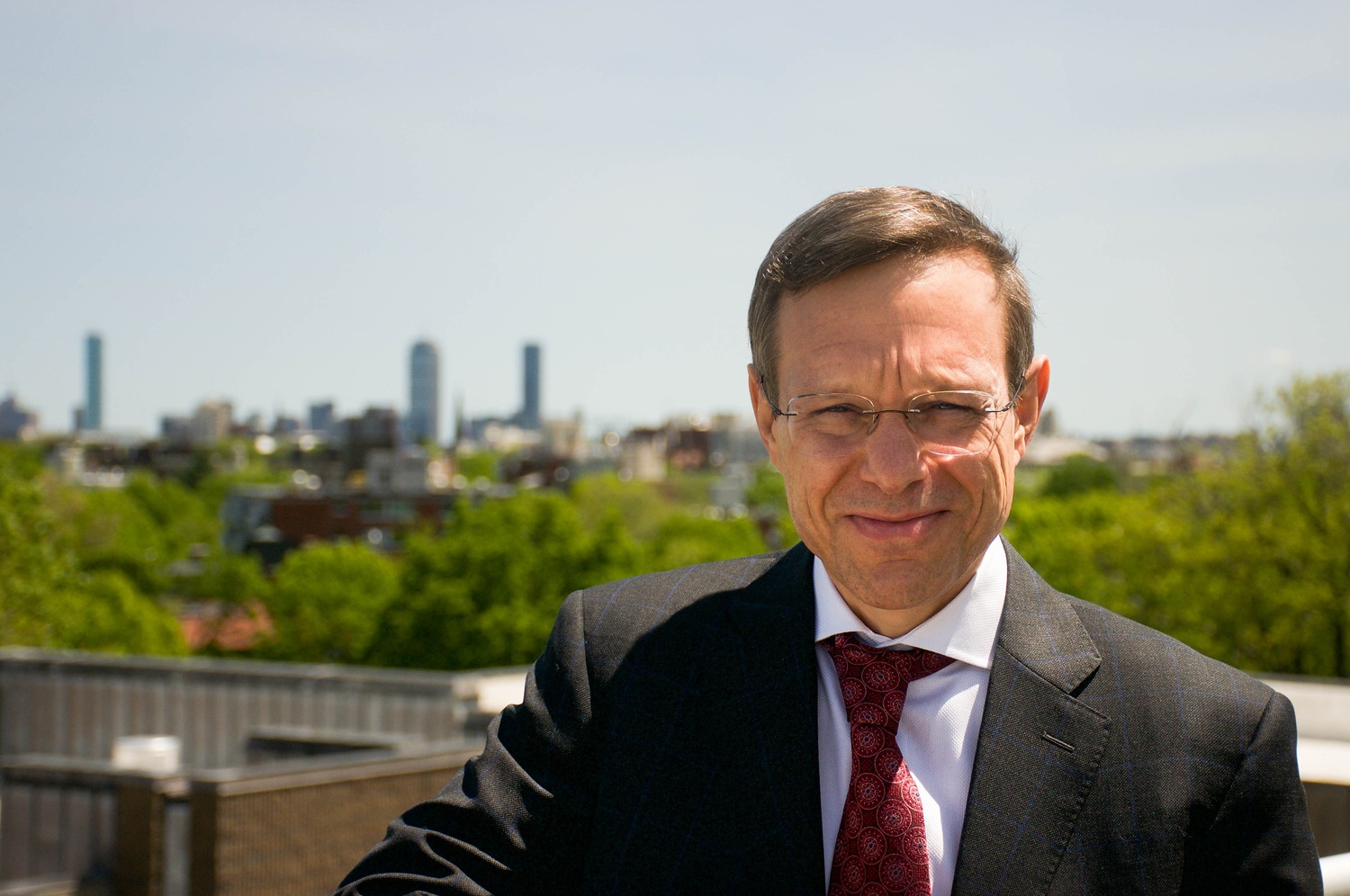 Professor Avi Loeb, the director of Harvard's Department of Astronomy, poses for a portrait on the roof of the Harvard-Smithsonian Center for Astrophysics. By Delano R. Franklin
By Ethan Lee, Crimson Staff Writer

Harvard Astronomy department chair Abraham Loeb was nominated to be a member of the President’s Council of Advisors on Science and Technology on Monday.

Loeb is the longest-serving chair of Harvard’s Astronomy department and the Founding Director of the Harvard Black Hole Initiative. In 2012, he was chosen as one of TIME Magazine’s “25 Most Influential People in Space” for his work in forecasting the future collision between the Milky Way and Andromeda galaxies.

He said in an interview Monday that he hopes to use science as a means of protecting the world against crises like the COVID-19 pandemic in his new role.

“In general, I think science is the shield that can help the U.S., and not just the U.S., all humanity against dangers,” he said. “That includes pandemics like COVID-19 and other risks that may loom on the horizon. And there are a number of them that we can think of, including – if I take astronomical examples – an asteroid impact could be very damaging.”

Loeb added that he hopes to make an international impact on policy as a PCAST member.

“Science, in principle, provides the best platform for international collaborations,” he said. “Working together is not just for the political benefit of one nation, but for the prosperity and health of children in all nations worldwide that we should promote science in. So that’s my hope – to try and do that.”

Loeb said he does not actively advocate for any political stance and will use only evidence and data to make his policy suggestions.

“I’m not a political person,” he said. “I do not subscribe to any political activity. I am a scientist, and I recognize that this is one way of providing advice that could matter and therefore it’s a civil duty to do that. That’s where I come from.”

Loeb also said he hopes his new responsibilities “will not interfere” with his other scientific endeavors at Harvard, such as his work “with undergraduate students, with graduate students, and with senior colleagues.”

Loeb said he hopes to focus purely on creating the greatest amount of societal benefit through his work in PCAST, rather than viewing the position purely as a professional accolade.

“My wish is that most of my colleagues will maintain their childhood curiosity and behave more like kids rather than manipulate situations to promote their ego or honors or so forth,” Loeb said. “So for me, this is really not about the honor, it’s an opportunity to contribute and I feel obligated to help society and save lives in the context of COVID-19 or, more generally, to try and promote the prosperity and health of everyone.”