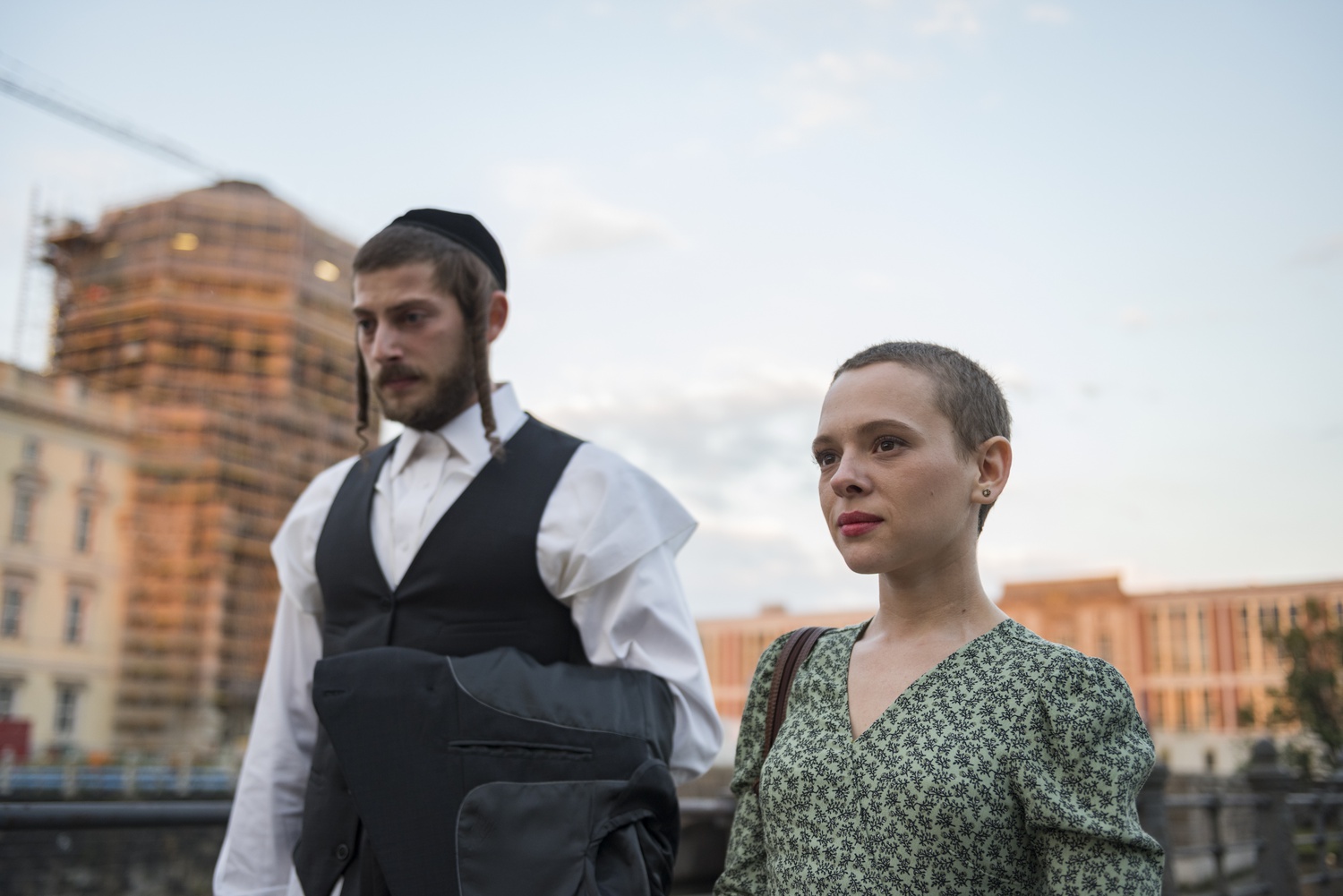 When a group of new friends asks protagonist Esther “Esty” Shapiro (Shira Haas) why she left her insular Hasidic Jewish community in Williamsburg, her response is somehow both hesitant and direct: “God expected too much of me.” This weighty answer anchors much of Netflix’s new German-Yiddish miniseries “Unorthodox,” a compelling, beautiful account of why and how this young woman left her husband and roots to make a new life in Berlin. Leaving an unhappy arranged marriage in any insular community is bound to be tied up with radical controversy, but this ambitious series explores her difficulties and moral quandaries with precision.

Esty grows up in a Satmar Jewish community, a group descended mostly from Holocaust survivors. What makes them different from other Hasidic communities is that their values are largely developed after WWII and, as such, are shaped by intensive trauma.

Marriage to Yanky Shapiro (Amit Rahav) initially appears to Esty like the start to a stable life she has always sought, but the relationship turns out to be stifling. Retellings of Esty’s life in Brooklyn are based on Deborah Feldman’s memoir while the parts about Esty’s present day life in Berlin are almost a new story entirely. “Unorthodox” is incredibly structurally sound, carefully weaving the past into the present-day story through flashbacks.

The first episode deals primarily with Esty’s escape to Berlin and the new friends she makes at a music conservatory. Though women are prohibited from performing in her community, Esty has always had a knack for music and attempts to join the Berlin school to follow this long-suppressed passion. Later episodes redirect the attention to her initial marital bliss, followed by the anxiety issues she and Yanki suffer in the bedroom. There is intense pressure on the young, inexperienced couple to conceive, which only places all the more strain on their crumbling marriage.

The series portrays Esty’s two worlds with gusto. The past and present are juxtaposed perfectly, only serving to explain facets of Esty’s guarded behavior. “Unorthodox” is not just interested in representing her Williamsburg community, but also present-day Berlin.

There is certain logic in Esty returning to the site of her community’s trauma in order to discover herself. Berlin unapologetically shows its wartime trauma through its various monuments, and the characters are constantly pointing these memorials out to Esty. Those who grew up around the city are more at ease with talking about the city’s troubled past than she is. At times, her perspective makes us question the easiness which has grown around such historical atrocities, but for the most part, the show emphasizes how a new generation of Berliners, both Jewish and non-Jewish, have come to redefine the city by its diversity and ability to change.

This new Berlin is most evident in the form of Esty’s multicultural friends at the academy, who hail from as far as Yemen and Israel. Members of the Jewish and Arab diasporas studying Bach at this staunchly German academy may feel unexpected for some American viewers, but by representing a diversifying Europe, the show demonstrates its accuracy.

Esty’s arc is reflected not only through her character, but also in her self-presentation. As she begins to grow more confident and open to others, she wears more makeup and Western clothing. These details demonstrate just how careful creators Anna Winger, Alexa Karolinski, and director Maria Schrader were in framing this story. Overall, the show holds itself accountable in representing these communities: The team hired Yiddish consultant Eli Rosen not only to translate the scripts, but also to maintain accuracy in clothing and ceremonies. All of this contributes to the authentic voice of this project.

The show boasts some truly phenomenal actors. Haas is incredibly controlled as Esty and delightful on screen. Every emotion is written in her face, and a simple movement of her expressive features is all that is needed to render her character’s struggle and repression. Moreover, Haas captures the central paradox of Esty’s character perfectly: her desire to at once belong to a community, but also an unconscious drive towards autonomy and transformation.

The supporting characters are also beautifully acted. Rahav manages to lend Yanki pathos in spite of his harsh impatient treatment of Esty. In those scenes that Rahav shares with Haas, the two portray the couple’s shyness and awkwardness flawlessly, such that their trepidation around each other is almost palpable.

Alex Reid is also lovely as Esty’s mother, Leah. Her character is the forerunner for this story: a young woman who also left her community after being tied down in an unhappy marriage. Now living in Berlin with her partner Nina, Leah has to relive her choice once again through her daughter. Reid gives this character the complexity she deserves, although it is easy to blame her for much of what happens to Esty.

Though the series’ tone is quite serious, it gives way to some glimmers of humor, for example, when Esty is taught about her sexual organs for the first time and almost refuses to believe that she has them. The ability to capture humor in such a sober tale is emblematic of the show’s wide cast net. It manages to encompass these vastly differing communities successfully and thoughtfully. While the ending certainly leaves enough room for future exploration, it ends triumphantly with Esty’s new found confidence and voice — a beautiful conclusion for such a carefully crafted series.

— Staff writer Aline G. Damas can be reached at aline.damas@thecrimson.com.