‘Never Have I Ever’ Found a Netflix Series So Endearing 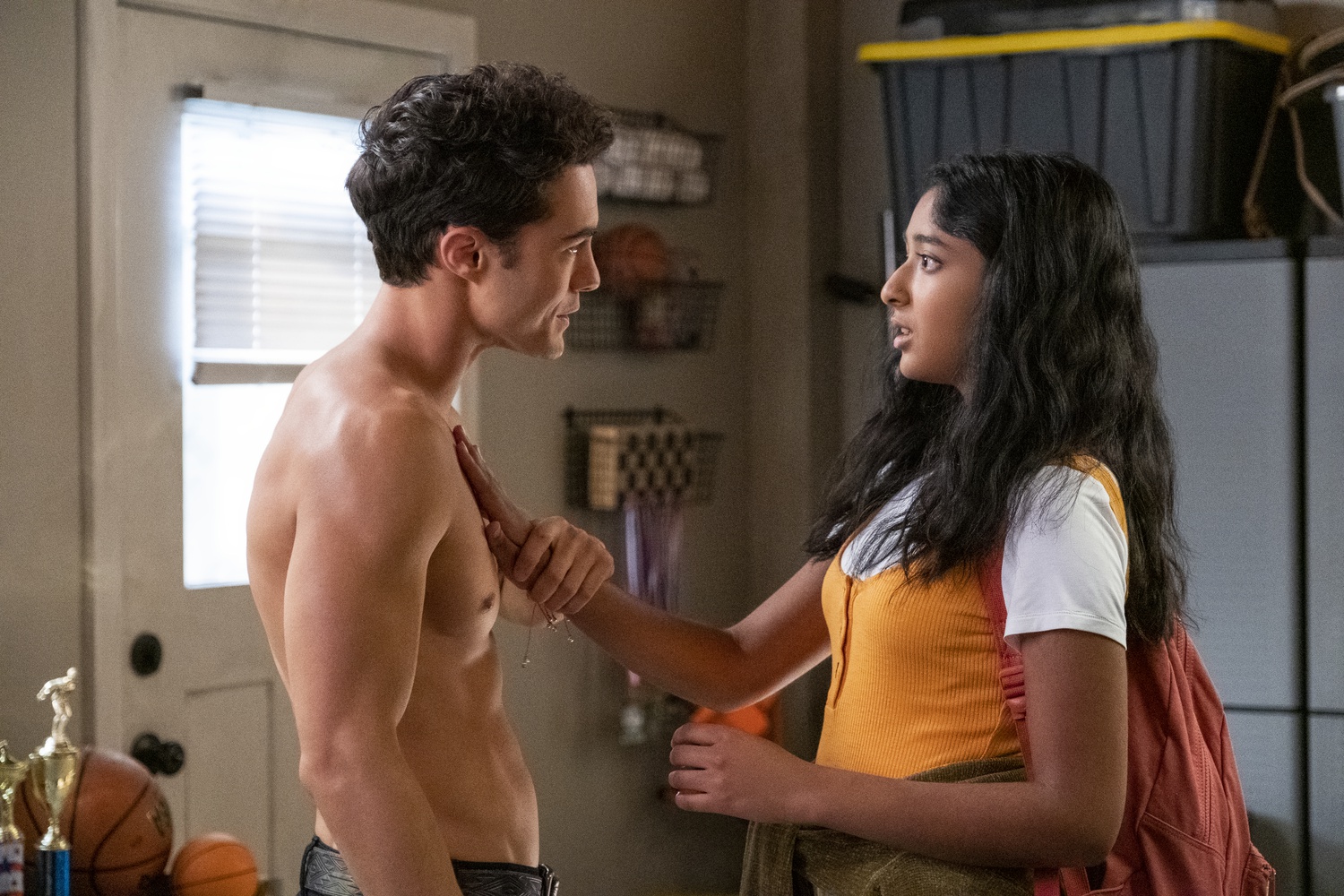 Mindy Kaling has already given us so much. From her work as a writer and actress on the “The Office” to creating and starring in the “The Mindy Project,” she has undoubtedly secured her place in the modern comedic canon. But her new show, “Never Have I Ever,” co-created with Lang Fisher, might be her most meaningful contribution to television yet.

Drawing in part from Kaling’s own childhood, the Netflix series follows Devi (Maitreyi Ramakrishnan), a studious 15-year-old Indian American girl in Sherman Oaks, California, who wants to use her sophomore year of high school to elevate her social status. After a traumatizing freshman year, involving both the death of her father at an orchestra concert and the subsequent psychosomatic paralysis of her legs that confined her to a wheelchair for three months, Devi wants to prove that she is not someone to be pitied. Determined to reach high school social milestones instead of confronting her grief, Devi’s journey is a witty and heartwarming depiction of the intersection between coming of age and coping with loss.

“Can she shed her identity as the paralyzed Indian girl whose dad dropped dead at a school function?” asks tennis legend John McEnroe, who narrates the series as himself — a casting choice that might sound strange, yet manages to come off as refreshingly funny and fitting. Whether or not Gen Z viewers will be familiar with his career as a tennis player, McEnroe anchors the show with his quippy and insightful narrations.

Part of Devi’s attempt to “shed her identity” is her goal to have sex with swim team jock Paxton Hall-Yoshida (Darren Barnet), aka Paxton H-Y, the hottest guy in the San Fernando Valley. Her brazen pursuit of Paxton — “I was wondering if you would ever...consider having sex with me?” she says to him in their first ever conversation — guides the arc of the series. The show’s unabashed dialogue, along with its smart humor and playful pop culture references keep it well-paced and entertaining. The jokes also appeal to multiple generations of viewers, with Devi reading Anna Todd’s Harry Styles inspired novel “After” in one episode, and McEnroe referencing the 1970s band The Doobie Brothers in another.

In “Never Have I Ever,” typical high school plot conventions are creatively rewritten and brought to life by emotionally resonant characters. Devi is a delightfully nuanced protagonist; multifaceted and well-developed, there’s a part of her that everyone can identify with. She is fiery and obstinate, but still sensitive and insecure, traits realized by Ramakrishnan’s lively acting. Devi’s two best friends, Fabiola (Lee Rodriguez) and Eleanor (Ramona Young) have their own issues, one struggling with her sexuality and the other with an absentee mother, but they aren’t quite as dynamic or sympathetic as Devi. Still, every character in the especially diverse cast feels worthy of investing time in, from Devi’s academic rival Ben Gross (Jaren Lewison), who gets his own episode narrated by Andy Samberg, to Devi’s cousin Kamala (Richa Moorjani), who feels conflicted about her impending arranged marriage. Devi has a tense relationship with her strict mom, Nalini (Poorna Jagannathan), and it would be easy to depict her as an unlikable antagonist; instead her mother’s grief and experiences as an immigrant are explored just as thoroughly as Devi’s hardships. All of the characters are presented as undeniably human — they are complicated, imperfect people rather than flatly written clichés — making them inherently relatable.

“Never Have I Ever” also provides a thoughtful, if not all encompassing, depiction of Indian and Indian American culture, particularly apparent in the episode “...Felt Super Indian,” which was written by Kaling and follows Devi and her family as they celebrate the Hindu holiday Ganesh Puja. This episode showcases Devi’s ambivalence toward her identity, as she feels caught between her Indian heritage and her American upbringing, effectively capturing a feeling many first-generation Americans can relate to. “I don’t really feel at home right now in my choice of clothing,” she says about her sari, before finding herself reconsidering and embracing her culture by the end of the cleverly-written and introspective episode.

There are so many aspects of “Never Have I Ever” that make it worth watching, from the hilarity of John McEnroe to the irresistibility of Paxton H-Y, but it is Devi’s struggle with her grief that differentiates the series from Mindy Kaling’s other comedic projects. Her eventual acceptance of her father’s death is portrayed with poignance and grace, and more tender-hearted viewers might find themselves fighting back tears during the final episode, which is touching but never cloying. It’s difficult to write and execute a show that so delicately balances the lighthearted with the profound, but “Never Have I Ever” does so with ease. It reinvigorates the coming-of-age genre with its flawed-but-lovable characters and realistic storylines, leaving viewers longing for season two before they’ve even reached the finale.

—Staff writer Jaden S. Thompson can be reached at jaden.thompson@thecrimson.com