‘There Is No Year’ is Prescient Protest Art 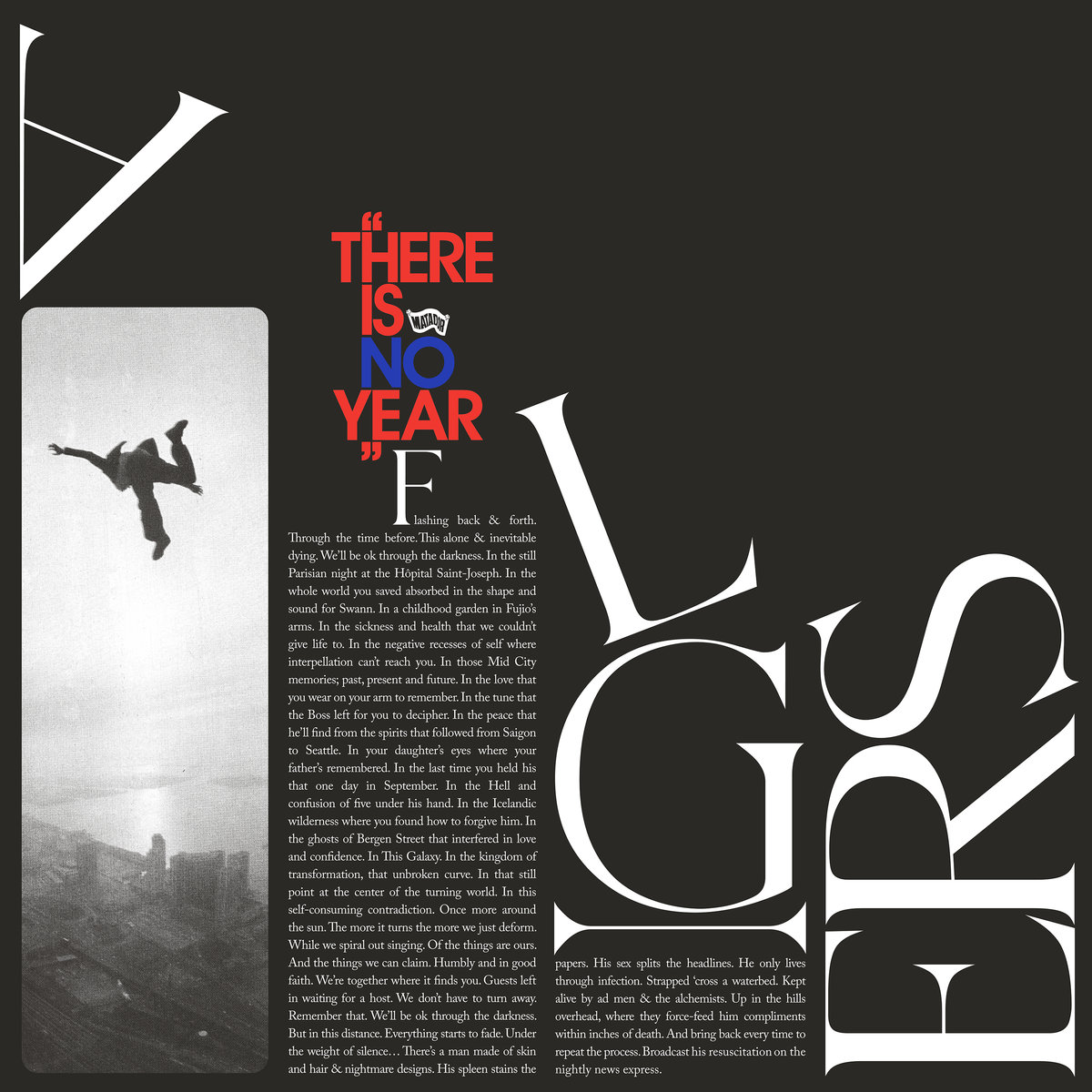 "There Is No Year" album cover. By Courtesy of Algiers/Matador Records
By Jack M. Schroeder, Crimson Staff Writer

Following the 2016 election, pundits frequently predicted that Trump would usher in a new era of protest art. After decades of going relatively unnoticed, the argument went, his polarizing election would push sidelined protest art into the mainstream. The months and years that followed helped validate that argument in multiple ways: late-night comedians found new audiences through more political humor, stories of government oppression like “1984” came back in vogue, and shocking pieces of art denouncing Trump made headlines and stirred controversy. To some, it seemed like Trump redefined the zeitgeist overnight.

But the story is more complicated than just one election. Art in reaction to Trump is certainly everywhere; still, sometimes it takes flashpoint cultural moments to bring that existing work to the forefront of our minds.

Enter Algiers. The Atlanta band fronted by Franklin James Fisher released its third studio album, “There Is No Year,” on Jan. 17, but the album failed to chart in every country but Germany. While the band had by then eclipsed one million plays on Spotify with some cuts from their self-titled debut and 2017’s “The Underside of Power,” none of this album’s tracks have received the same attention. Mixed reviews from Pitchfork and The Needle Drop suggested the album failed to leave a lasting impression on listeners. This critique seemed accurate before the events following the horrific murder of George Floyd at the hand of Minneapolis police officers.

Algiers bring a sound to “There Is No Year” that is less consistently hard but more varied than “The Underside of Power.” “Wait For The Sound” illustrates this dichotomy well. Similar to their debut's remarkable “Blood,” the track's beat consistently builds throughout the run time, refusing to relent. "Blood" focuses on the constricting, generational impact of slavery and oppression. As such, the song never lets Fisher escape its beat. His emotional final verse still falls in line with the backing track, which then continues for a full minute after that last verse has stopped. But where "Blood" never fully boils over, "Wait For The Sound" eventually repositions itself behind Fisher's cathartic vocals, creating an emotional outro that ends as soon as Fisher's cries stop. Other songs — such as "Hour of the Furnaces" — take inspiration from "The Underside of Power" closer "The Cycle / The Spiral: Time to Go Down Slowly" by experimenting with layered vocals and larger soundscapes. As a whole, the album feels much funkier than their past efforts, and songs like "Chaka" display a band that's both confident and introspective.

As indicated by the album art — which depicts the letters of Algiers tumbling over a picture of a falling man — “There Is No Year” deals with a world in freefall. Fisher’s lyricism shines here, by bringing an unparalleled sense of urgency to his message. Indeed, Fisher's lyrics seem downright prophetic when listened to now, especially for listeners whose concern for racial injustice has arisen only recently. The very first words of the album — “Now it’s two minutes to midnight," off the titular track — warn of an imminent revolution. Fisher writes of a salient contrast between demonstrators and bystanders. The “Streets are raining fire” in “Wait For The Sound,” but on the other side, “Hour Of The Furnaces” depicts “Outright denial / Of the dying and the sane.” Fisher further explores this opposition to the movement in songs like “Losing Is Ours,” with lines like “Let the sirens sing out their nightmare” because “They’ll be too in denial to know." The ultimate dagger to the resistance is indifference. The final words of the album, from “Nothing Bloomed,” detail how “Everything starts to fade under the weight of silence.” It is hard to listen to these words and not be reminded of today's activists, whose main enemy is arguably the silence surrounding them.

It is too simplistic to say “There Is No Year” has a singular thesis — and it shouldn’t have to — but the standout track “Dispossession” is the album’s closest thing to a mission statement. Sonically, the song’s production is refined but invigorating, and the chorus’s backing vocals make the tune undeniably catchy. The track’s brilliance, though, lies in its message. Fisher acts as a harbinger of the coming revolution, telling the listener to “Run around, run away from your America / While it burns in the streets / I been here standing on top of the mountain / Shouting down what I see.” The larger message is not one of hope but rather the necessity of fighting back: “Everybody wants to break down,” he sings, but “You can’t run away” from the struggle. While the band explored similar themes over the course of "The Underside of Power," “Dispossession” hits on all of these themes at once. The song blends elements of unity: “We are the blade and the groove that come together”; and force: “We are the rain of fire that’s coming down.” “Dispossession” coalesces into a cohesive narrative of resistance, one that is so accurate that it has been used to caption photos of protestors.

Overall, “There Is No Year” could not sound more relevant at this point in time. Critics myopically dismissed the album as “frustratingly opaque,” as if they would have preferred a narrower, easier-to-digest rebuke of the Trump administration. Algiers leaves those rebukes for other artists for an important reason: The last few weeks have made disturbingly clear that societal problems, while greatly exacerbated by Trump, extend far beyond his reach. Fisher’s cries for action can only be read within a broader history of Black activism and suffering. Protest art reflects both new problems and old, particularly now, as tentacles of hate that reach back into this country’s roots threaten to suffocate it.

While “There Is No Year” is not an album for optimists, Fisher hopes out loud in “Dispossession” that “Freedom is coming soon.” When is soon? Nobody knows. Until then, however, “There Is No Year” deserves to be recognized as one of the most important albums of recent memory, the protest art the country needs to hear — not just in the wake of George Floyd’s death, but throughout the ongoing struggle for racial justice.