‘Lake Like a Mirror’ is Hazy, Murky, and Haunting 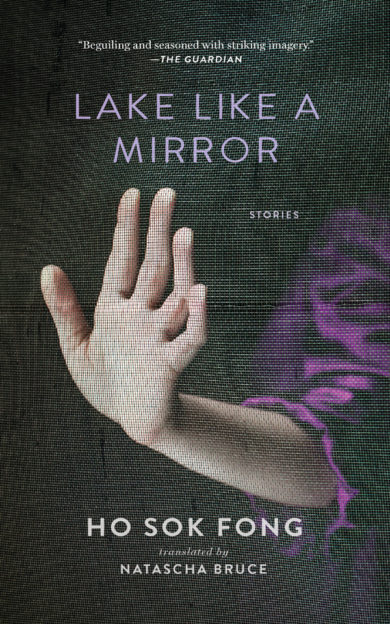 Cover art for "Lake Like a Mirror." By Courtesy of Center for the Art of Translation
By Cassandra Luca, Crimson Staff Writer

Ho Sok Fong’s “Lake Like a Mirror” sits at the cross-section of cultures, worlds, and identities. Fong is Malaysian, writes in Chinese, and now the short story collection is available in English, ready to be devoured. Most of the book’s characters are women, and yet their experiences and visions are anything but monolithic: Fong captures the simultaneous dreamlike haze and sharp clarity of the human brain, lending each story an ethereality that is soothing and, at times, unsettling.

Many of the stories end with no satisfying resolution, either petering out or leaving the reader with more questions than answers. This ambiguity can be frustrating or soothing. In the case of “The Wall,” a story chronicling the daily lives of those in a community by a highway — soon to be separated by a wall — one woman particularly disturbed by the construction leaves, and the story ends. There is no explanation and there are no further details given, reflecting how people come and go from the lives of others outside of the literary world. Stories do not end, per se: They become part of the next small narrative of life, or fade away into background fabric. The effect, in “The Wall” and in other stories like “Radio Drama,” is at once jarring and cohesive.

Fong’s writing is reminiscent of magical realism in that the heroines navigate eeriness or elements of something supernatural. In “March in a Small Town,” for example, Cui Yi follows a man who stays at her hotel every day without acknowledging the fact that he has been there many times. She cannot figure out why he pretends to not know her, nor how he is able to travel by train and then promptly return to the hotel.

Yet beneath the ethereality, each woman is grappling with some kind of constraint or injustice: housing uncertainty, old age and the loss of memory, abusive lovers, unforgiving labor conditions. There is a realness to these stories that is only amplified by their haziness, as they come to expertly mimic the ways in which we perceive our own reality. Not everything is always objective or clear, leading to sentences like this: “So she had done something she would never have normally done: she had scraped off her shell and risked throwing her whole body into the open.”

“Aminah” stands out among the nine stories for its evocative brutality, a seemingly impossible combination of descriptors. It implicitly and explicitly criticizes Malaysian laws decreeing that any person born to a Muslim parent must also be Muslim themselves, making it impossible to leave Islam. Aminah lives among other men and women who appear to have tried to escape. She, however, makes the lives of the wardens and religious figures difficult, sleepwalks naked, and questions everything. But despite the sharpness of the collisions between the characters, Fong’s trademark blurriness remains. The two elements combine beautifully, intensifying in the following linked story, “Wind through the Pineapple Leaves, through the Frangipani.”

It’s worth mentioning, also, that translation is notoriously difficult work. Choosing the right words for the translation to make sense, while also ensuring that they match the intention of the author — as well as balancing the nuances of the target language such that readers feel the words’ impact just as viscerally as those who read in the language of origin, is a form of art in its own right. Natascha Bruce does so masterfully, transmitting the fluidity and uncertainty with which Fong infuses many, if not all of her stories.