After 60 Years in Harvard Square, Family-Owned Bartley’s Burgers Is Up For Sale 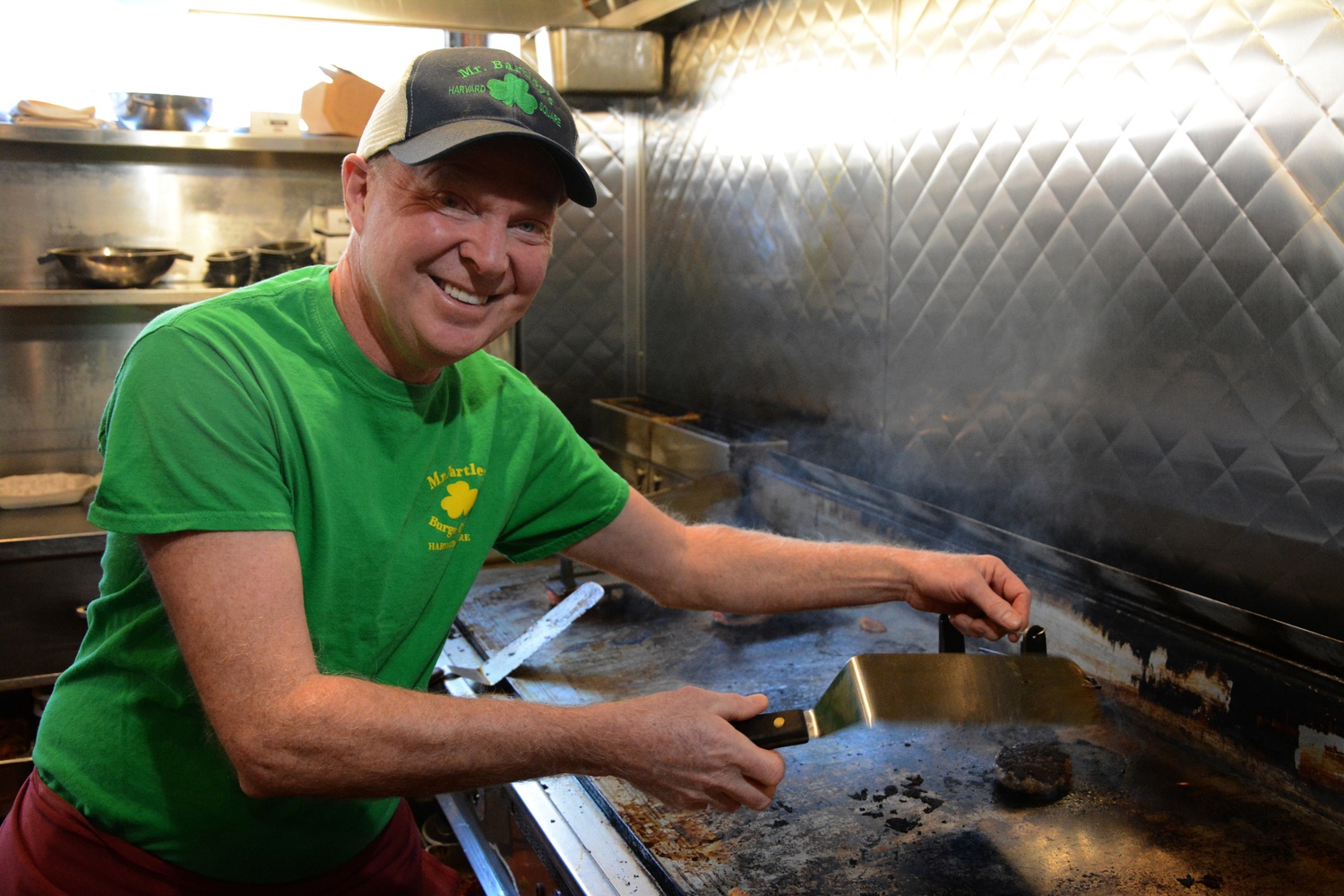 Under the managment of Bill Bartley, Mr. Bartley's Burger Cottage has been part of life in Harvard Square for decades. By Ryan N. Gajarawala
By Simon J. Levien, Crimson Staff Writer

Mr. Bartley’s Burger Cottage, a Harvard Square fixture for 60 years, is for sale, according to owner Bill Bartley.

Bartley’s parents opened the store in 1960. As of Wednesday, the Boston Restaurant Group listed the restaurant for sale for $475,000.

Bartley started working at his family’s restaurant when he was 13. During his tenure, the restaurant has been featured on TV shows like the “Rachael Ray Show” and “Diners, Drive-Ins and Dives,” and has accrued high-profile customers like actress Mindy Kaling. Now, Bartley said, it is time for him to retire.

“I’m 60 years old; the restaurant is 60 years old; we’re the same age,” he said in a Monday interview. “I’ve noticed through the years [restaurateurs] all stay too long...We should have sold it years ago.”

Bartley added that his retirement is unrelated to the coronavirus pandemic. Mr. Bartley’s Burger Cottage remains temporarily closed due to pandemic concerns, though Bartley plans to reopen the restaurant the second week of September.

Bartley said he’s had some potential buyers surface since putting it up for sale. One “really good customer,” B. J. Novak ’01, the former executive producer of “The Office,” called him to express interest in the restaurant, according to Bartley.

For nearly 50 years, Harvard has owned Bartley’s and the adjacent Harvard Book Store. In 2019, rising rents triggered a tense negotiation over a new lease between Bartley’s and Harvard which nearly forced the burger shop to move from its iconic location.

Famous for its cheekily named menu items, Mr. Bartley’s recently served a “Greedy Landlords” burger amid a wave of Harvard Square closings. Still, Bartley said Monday that he wouldn’t have been able to keep his location open without his “great” landlords.

Bartley’s is not the first Harvard Square landmark set to change hands this year. It comes on the heels of a string of Harvard Square business closures due to the ensuing economic downturn as a result of the coronavirus pandemic.

Ned Ver Planck, owner of Dickson Bros. — a Harvard Square hardware store established in 1943 — has plans to retire. Café Pamplona, which opened in 1958, will also close, according to owner Nina S. Hovagimian — though she said in late June that she hopes someone else will take over the cafe.

Bartley said he hopes that a new owner can make improvements to the burger cottage, while keeping the brand and name intact.

“It's not rocket science. You have to be passionate about it,” he said. “I’ll wait as long as it takes to get the right person.”

But when his business reopens in September, Bartley has a few ideas for burger names.

“‘New Normal’ is on my hit list,” he said, also adding Biden’s VP pick and ‘TikTok’ as potential candidates.