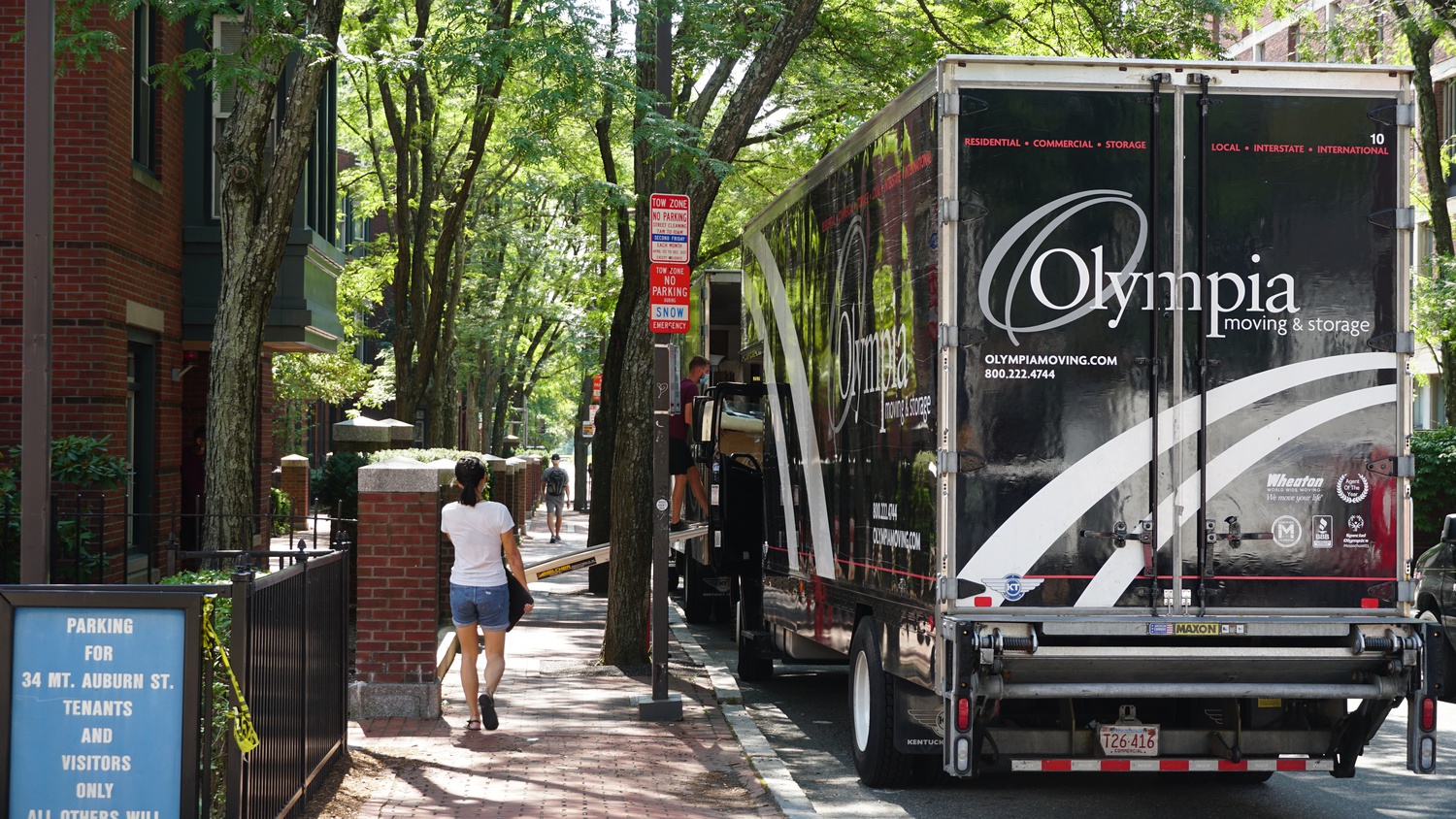 Harvard undergraduates said they are dismayed and frustrated with Olympia Moving and Storage, as some students have encountered financial and logistical hurdles in retrieving the items they stored with the company after leaving campus in the middle of the spring semester.

When Harvard mandated that undergraduates leave campus in March due to growing concerns over the coronavirus, the University partnered with Olympia Moving and Storage to provide students with an option to store their belongings during the summer.

After administrators announced in July that only freshmen and a limited number of upperclassmen were permitted to return to campus, students not returning faced the decision of whether to collect their items or keep them in storage — a choice some say came with unexpected costs.

Lauren V. Marshall ’22, an international student from the United Kingdom, said she contacted Olympia expecting to spend around $1,500 to ship her items to her home from Massachusetts. The quote she received, however, was nearly four times that amount.

“They gave me a shipping quote of $5,767, which is dramatically more than I expected,” Marshall said. “When we were packing up, Harvard providing the service of picking up boxes from our rooms made a massive difference to me, but at this point, the quote that they've given me is just so egregiously high that it feels like deliberate sabotage.”

Though Marshall’s stored boxes contain important items like her winter coats, textbooks, and entire composition portfolio, she said she will not be able to ship her items due to the high cost.

Students previously voiced concerns over both fall storage and Harvard’s assistance after the University announced their fall plans. Will Dey ’23 said he has struggled with getting in contact with Olympia to inquire about extending his storage time.

“Whenever I called the Olympia number, the Boston office would pick up and I would say I was a Harvard student,” Dey explained. “Then they would immediately transfer me to the Harvard student team, and it would always go straight to voicemail.”

Dey added that he was able to connect with a member of Olympia’s Harvard team last week who told Dey “to call him back anytime.” Dey has since attempted to contact the team member again to no avail.

Rukmini “Mini” Ganesh ’22, who chairs the Undergraduate Council’s Finance Committee, said more than 130 students have contacted her over the past week with concerns about shipping and storing items with Olympia.

“The UC asked the administration back in March to work with Olympia over the summer,” Ganesh said. “We asked them to do that with Olympia so they would have enough time to hire new people to go through the inventory and prep for this.”

During the spring semester, the Undergraduate Council introduced the “Storage Relief Program,” which paid the $55 balance not covered by Harvard’s summer storage grant. The Council hoped to introduce a similar program for the fall, but Ganesh said it is currently struggling to raise enough money to account for the rising costs of storage.

“We have about $30,000 in our budget, and we would like to use that for storage. The issue is, with the increased costs for the school year and everything, that’s nowhere near enough money,” Ganesh explained.

Ganesh added that she estimates the average cost of storage for students will be $450 and has concluded that the Council needs $100,000 “to even meet a reasonable amount of need.” The Council has endeavored to raise $15,000 to bring their budget from $30,000 to $45,000 to help more students satisfy their storage costs.

Michael Gilmartin, president of Olympia Moving and Storage, said in an interview Tuesday the high cost of shipping is due to the fact that the company relies on outside carriers to ship items, adding that it is out of his company's control. He added that the cost of shipping also reflects processing and repackaging Olympia does prior to shipping.

“We don't control that pricing,” Gilmartin said. “We have labor and other costs that go into it, but we're just subbing that piece of it out, and we're trying to relay the cost. We're certainly not trying to make a huge markup off of something like this.”

According to the Olympia website, Harvard students have the option of extending the storage beyond the original Sept. 15 storage date, having the item shipped, or picking them up at the company’s facility in Holbrook, Mass.

“Please keep in mind that due to the high volume of requests and efforts to keep shipping cost-effective, we cannot accommodate custom timelines for shipping,” the website states. “Olympia will work to ensure that all requested items are shipped prior to the end of the original student storage program of September 15, 2020.”

Gilmartin also said the company initially intended to only store the students’ items over the summer and then return them to campus. Olympia, however, was overwhelmed by shipping requests, partly due to the fact that the company has lost roughly 70 percent of its labor force due to the pandemic.

“We can't handle that large sum of small moves, nor are we geared towards handling a student with four to five boxes on an individual day to deliver somewhere off campus,” he said. “The expectation was that we were going to deliver all those students’ back to campus and be able to deliver them prior to the students coming back and we can organize it in a way that we have historically, and that didn't happen.”

In an email, College spokesperson Rachael Dane reiterated that the $175 subsidy provided by the College is intended to defray the cost of storage or shipping.

“When decisions came together about the fall, Harvard anticipated the need for additional aid for students to ship their belongings home or store them for longer,” she wrote. “Students should make sure when they call for a rate, they are sharing with Olympia that they are students at Harvard and are asking for Harvard’s rate.”