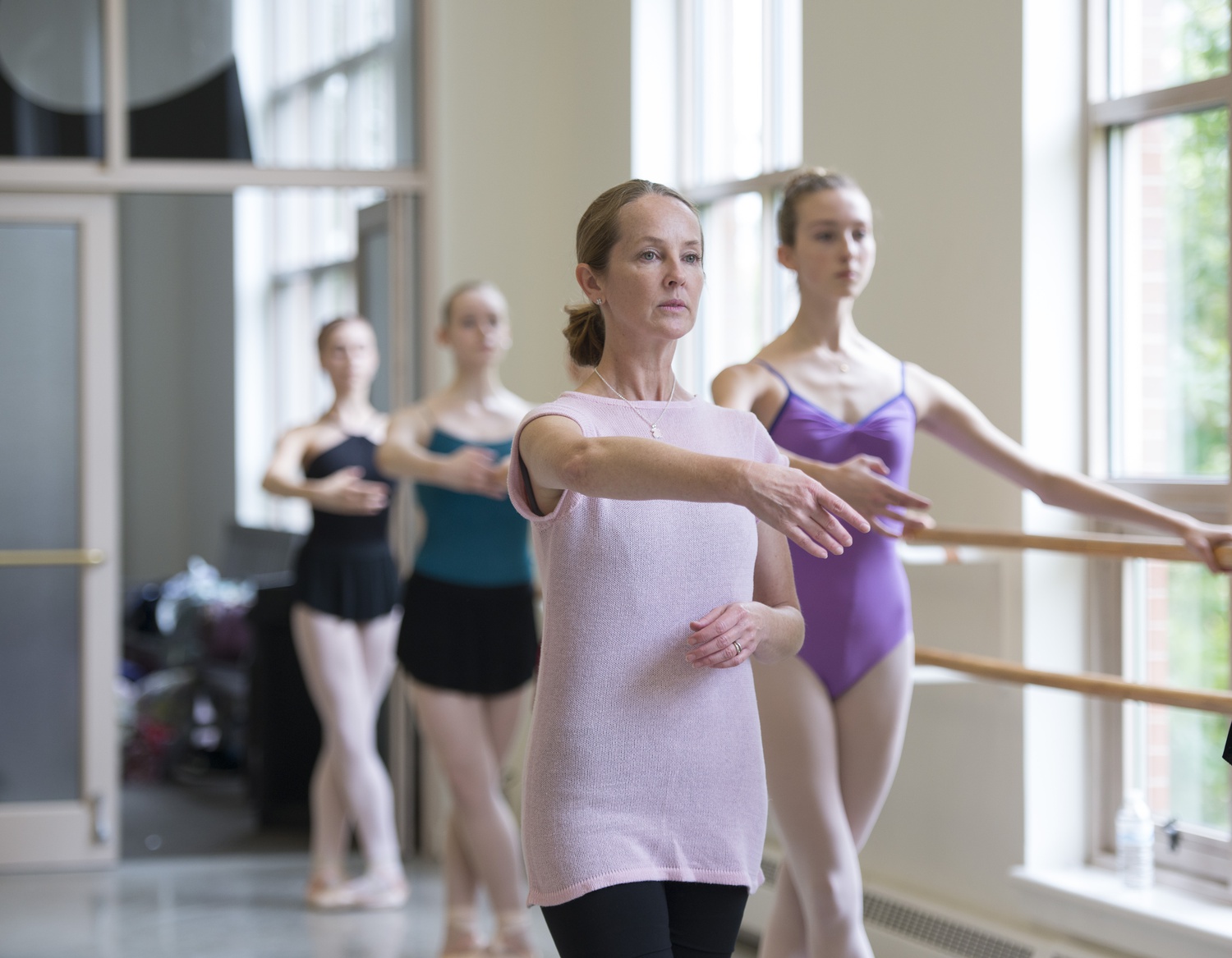 Last month, The Boston Ballet School (BBS) announced that Margaret Tracey will be stepping down as school’s director after 14 years in the role. Throughout her tenure as director, Tracey had an outsize influence on building the school into the powerhouse it is today. Not only did she develop the BBS’ identity and mission, she was also committed to serving the school’s broad-based student body and increasing accessibility to ballet for underrepresented communities.

Like most professional ballet dancers, Tracey got her start in ballet at a young age. She grew up watching her mother go to ballet class, and at six years old, Tracey joined her.

“I was a very shy little girl and the minute I stepped into the ballet studio and nobody asked me to talk for an hour, I was in heaven. I felt that I had found my voice,” said Tracey in a phone conversation with The Harvard Crimson on Sept. 28. “Ballet gave me the confidence to find out who I was as a human, who I am as a woman.”

Tracey joined the New York City Ballet (NYCB) in 1986 and was named principal dancer five years later. At NYCB, she worked with eminent American choreographer Jerome Robbins, and even had several roles created expressly for her. She retired from NYCB in 2002, was invited to be a guest teacher at BBS in 2005, and began her time as BBS’s director in 2007.

While much of ballet choreography celebrates women, ballet leadership is a predominantly male space. Ballet’s history goes back centuries and its established gender norms haven't been quick to change.

“What I have found is that if we question and challenge those male counterparts within our sphere, we can be considered difficult or defensive,” Tracey said. The attitude towards female leadership that Tracey describes is representative of broader societal gender norms. Looking back, Tracey said she was, for many years, naive about being one of the few female leaders in the space.

“I just assumed the work always speaks for itself, and if I’m fighting for values that I believe in, that that would be respected and revered and I’ve unfortunately learned that we still in our society have a ways to go in being able to honor that strength in female leaders.” Her experiences in ballet leadership motivate her to assure her female students that their voices matter.

Tracey spoke to her goals at BBS, which have been to create a curriculum that supports the school’s student body, elevates the reputation of the professional division, and focuses on diversity and inclusion. Her first few years were spent “shoring up the structure of the school” in order to strengthen the school’s identity. Tracey emphasized BBS’s commitment to training the next generation of professional dancers for companies across the globe as well as nurturing a love of dance in anyone who was interested.

Thinking about what it really means to be an inclusive school was a priority for Tracey.

“We have a very diverse Boston, and yet our student body doesn’t reflect the diversity of our community that we claim we’re serving,” she said. These goals remain the beacons of Tracey’s work, which serves a larger purpose of adjusting ballet’s traditions. Much of ballet has historically been Eurocentric and elitist, having originated in Italian royal courts. Stories of princesses and wealth have been the default, so having conversations about including diverse perspectives is crucial for the art form’s evolution.

“A lot of the work being done in our industry is to analyze the classical canon,” she said. “Do we retell these stories? Do we eliminate these stories?”

Along with the stories told by ballet, barriers to entry for underrepresented communities also contribute to a lack of inclusivity. Tracey pointed to simple things like the dress code that can strongly affect people’s experience and comfort in ballet.

“Historically, we have pink tights because they closely match the skintone of white Europeans who mostly did ballet at the time it became a tradition.” Outdated traditions like these can be incredibly exclusionary to entire groups of people, and paying attention to these types of issues is crucial moving forward.

One of Tracey’s favorite projects that she initiated at BBS has been the annual Next Generation Program for the professional division students. Every year they collaborate with a local youth orchestra and spotlight female and BIPOC choreographers.

“This is where I try to make an impact in who’s on that stage, and it's their ballet graduation.” The last performance was in 2019 and Tracey hopes that it will remain an annual event.

“There’s nothing more exciting than seeing this raw energy of young talent on the cusp of their professional journeys,” she said.

When asked about what she’ll miss, Tracey was quick to say the people. She admires her coworkers, dancers, and students, not only as people but as artists. “I have some lifelong friends because of this job and I’m incredibly grateful,” she said.

Looking ahead, Tracey doesn’t plan to stop teaching. She feels called to ballet and has committed her whole career to the industry. Tracey’s short term plans include freelance work, guest teaching, consulting, and sharing what she’s learned as a leader through working with other organizations. This work will focus on changing curriculums and faculty development. Most faculty hired at ballet schools are professional dancers and typically haven’t had formal educational training, so Tracey is incredibly proud of the professional development portfolio at BBS she’s established, which promotes the faculty thinking of themselves as educators first who specialize in ballet. She also hopes to take time to be with her family.

“I look forward to the doors that I will have the time to open,” Tracey said. There is no doubt that whatever comes next for Margaret Tracey, she will be continuing to educate and guide the future of ballet.