With ‘The Premise,’ B.J. Novak is Back and Better than Ever 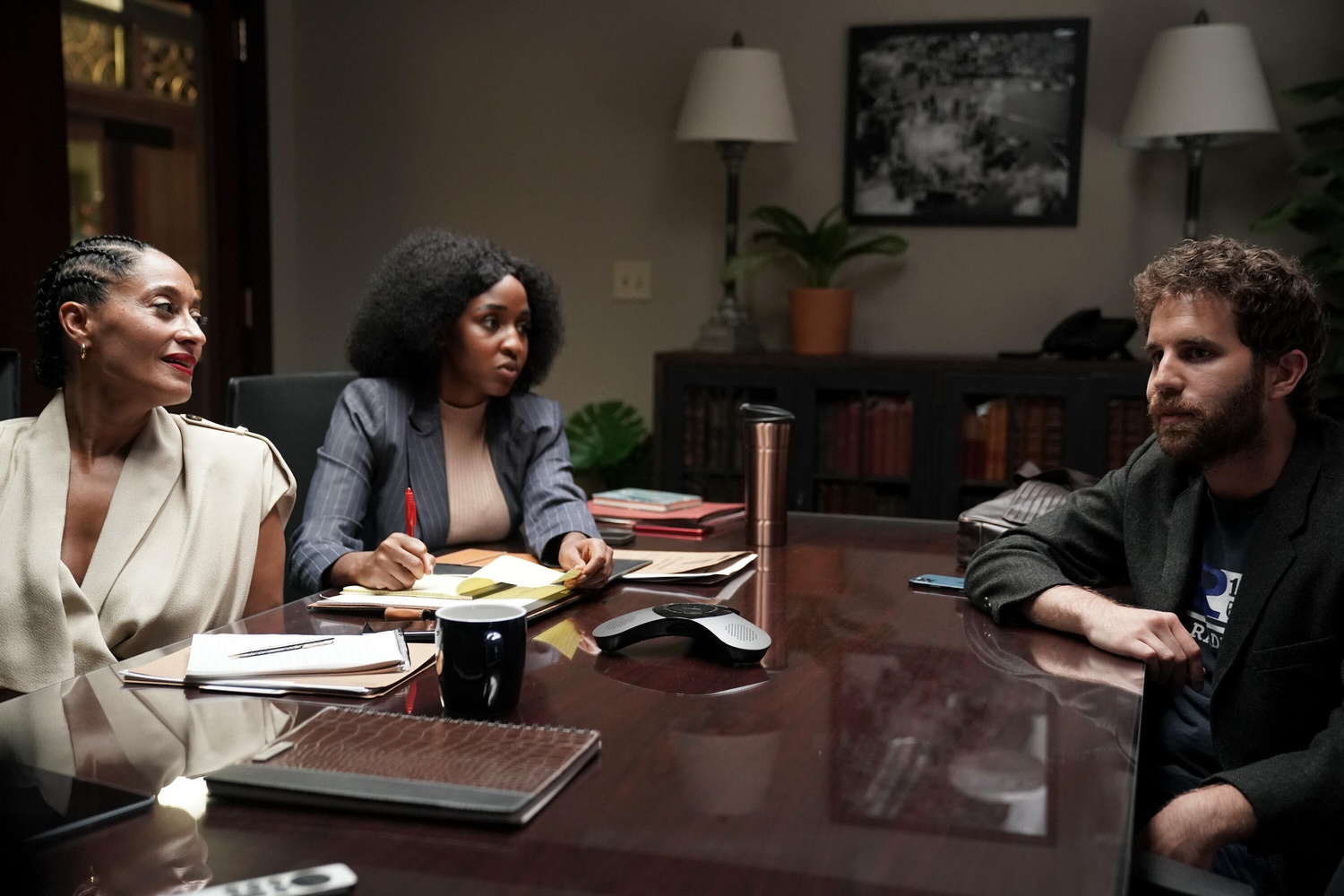 B.J. Novak is back. The writer, producer, and actor known for his roles in “The Office” and “Inglourious Basterds” made his return to the screen on Sept. 16 with the two-episode Hulu premiere of his newest creation, “The Premise.” Billed as “An Anthology of Now,” Novak’s new show sees him team up with big name actors in an effort to create a series of self-contained episodes, each focused on a different contemporary issue. And boy has he hit the mark: episodes one and two did not disappoint.

Episode one, “Social Justice Sex Tape,” is just about as ridiculous as its title. It tells the story of Ethan Streiber (Ben Platt), a woke, white twenty-something whose identity as an ally to social justice movements is tested by his willingness to show a humiliating sex tape in court that happened to catch the key moments of the arrest of an innocent black man. The scrupulous dissection of the sex tape in court to verify its authenticity is downright hilarious, but the true brilliance in the story is what is hidden underneath the humor.

Novak opens this episode with an on-screen appearance in which he asks the question, “What is comedy?” And though he immediately plays this question off as a joke, it cannot be ignored as a driving force behind this episode. Here, comedy functions on multiple levels as a tool to draw attention to a more serious issue. In the story, the young lawyer Eve Stone (Ayo Edebiri) admits to her mentor Rayna Bradshaw (Tracee Ellis Ross) that she leaks Ethan’s sex tape because she know it will draw attention to the innocent Darren Williams (Jermaine Fowler), who faces 15 years in prison for a crime he didn’t commit. The same is true of the episode itself: Novak’s humor draws in viewers and keeps them engaged, thus giving him a captive audience to ask, “How far would you go to support the movements you say you believe in?”

Episode two, “Moment of Silence,” is a complete change of pace: As its title well suggests, it is a serious and contemplative piece. Jon Bernthal stars as Chase Milbrandt, who decides to pursue a career as a PR representative for the National Gun Lobby a year after his five-year-old daughter was killed in a mass shooting. Bernthal does an excellent job portraying the hard-to-read Chase, whose motives remain difficult to place until the show’s shocking climax and conclusion.

Novak’s writing here is no less effective at presenting the gun-rights debate to his audience than it was at examining the role of social justice allies in episode one. Chase’s first conversation with his new boss, in which he shows his versatility as a PR representative by making the case for and against gun control, frames the show in light of this debate. Likewise, his new friend Aron (Boyd Holbrook) presents the perspective of someone who inherited his love for guns and hunting from his family. The show’s climax, however, is the true kicker: A bloodbath in the workplace exposes the irony inherent in the defense of gun rights. Better yet, the shocking note on which the show ends leaves the viewer reeling and, ultimately, unavoidably introspective.

In its two-episode premiere, “The Premise” proved itself to be a promising series that is timely, engaging, and thought-provoking. Episodes one and two gave us a taste of the variety that we can come to expect throughout the rest of this “Anthology of Now,” which will see a new episode released for streaming every Thursday.

B.J. Novak is back, and TV this fall just got a whole lot more interesting.

— Daniel S. de Castro is a staff writer for the Crimson. He can be reached at daniel.decastro@thecrimson.com.