‘One Right Now’ Review: Posty And Starboy Rebound With Electropop 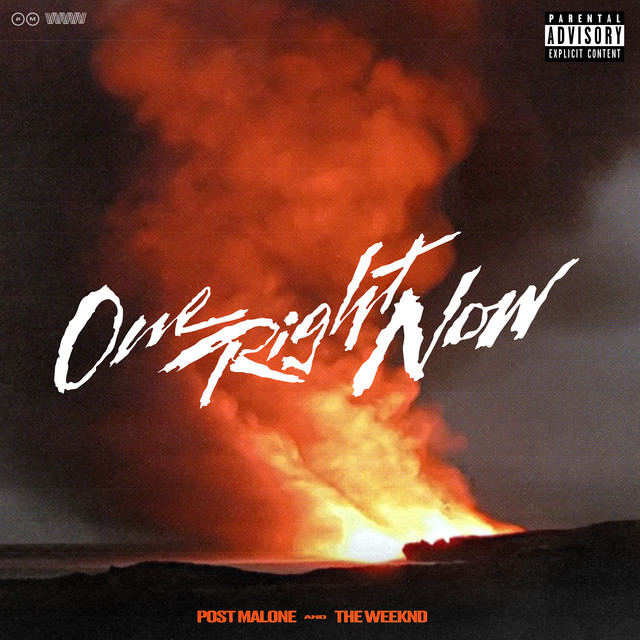 A synth bass loop and two sets of toxic exes star in “One Right Now,” a single from Canadian pop star The Weeknd and alt-rock rapper Post Malone released on Nov. 5. Without straying from their respective niches in the music scene, “One Right Now” features The Weeknd and Post Malone as lovesick heartthrobs on their first collaboration. Likewise, the song itself stays true to the typical cliches of love, heartbreak, and revenge that characterize much of their music.

Angst, adultery, and apathy (oh my!) dominate the chorus. The toxic cycle of call and response threats like “You think it's so easy fuckin' with my feelings” are answered with “I got one comin' over and one right now,” showcasing an endless cycle of unsatisfying revenge. Post Malone runs the theme of red flags into the ground in his verse, detailing how a game of “body for a body” isn’t satisfying his anger but driving it.

The lyrics only get more bleak from there with a series of borderline sexist, downright nasty insults directed at the singers’ exes. “Bought you a new face, you should call me ‘Dad,’ baby” is a trashy thing to say to anyone, let alone a previous love interest. Meanwhile, the paranoid speculations in lines like “you probably fuck all my enemies” seem like more of a reflection on the singers’ insecurity than the subject’s choices. The narrative on this track is already worn out by the same old “hell hath no fury” story, and the fact that certain lines lack finesse doesn’t help at all.

How “over it” can someone truly be if they dedicate a whole song to someone who they swear wasn’t good enough to be in their life in the first place? The theme of outgrowing a past love might seem commendable, but it's lacking any growth when the only personal satisfaction the protagonists achieve is realizing that “maybe one's just not еnough” to get back at their exes. The unwarranted speculations are a bad look and make for a boring listen.

The electropop production on this record is perhaps its only redeeming quality. The song’s introduction consists of The Weeknd’s signature tremolo vocalizations accompanied by the recursive synth bass line. There is something distinctly satisfying about the crisp cut layering of the fully-digital backing tracks set underneath such fluid and dreamy harmonies. The compressed beats cut back on the noise, leaving a wide space for the low-frequency synthesizer style of the higher synth pads. In this way, the song has a general Synthwave feel without the business of the retro sounds of the ‘80s. Additionally, there is perfect harmony in the chorus’ bass notes that escalate in an ascending arpeggio, showcasing the unity of the instrumentals and vocals. Clearly, Louis Bell, the vocal producer and engineer on this track, understood the assignment that the songwriters missed out on.

The vocal prowess on this potential-right first collaboration between two household names was wasted narrating rumors and detailing other people’s flaws. The fact that the brilliant production is the only commendable feature goes to show that this single was aiming for nothing substantively more than mainstream-ready and catchy pop songwriting.