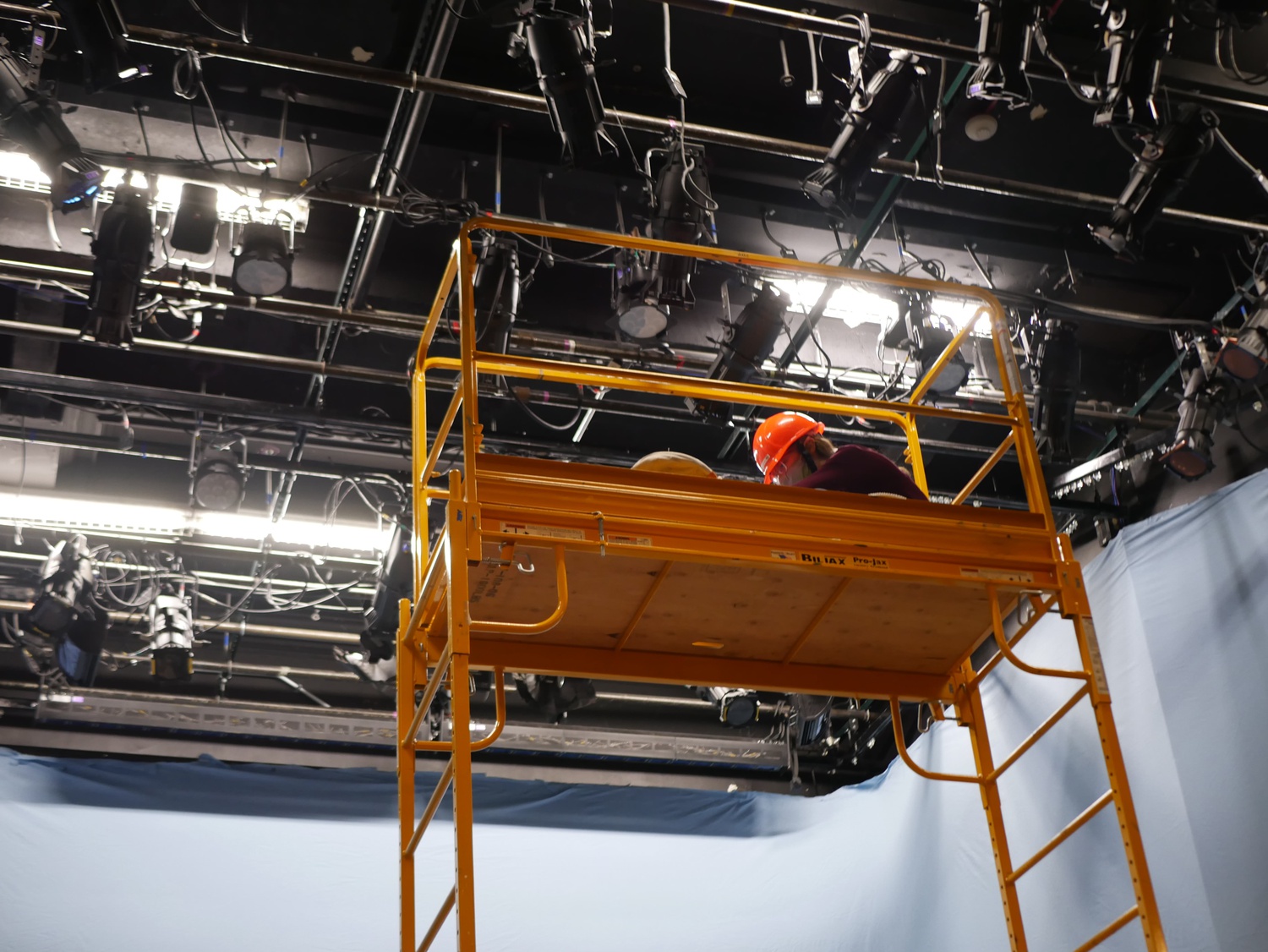 Many students who helped with technical elements for fall theater productions — such as "The Pirates of Penzance," pictured here — had no previous technical theater experience. By Madi L. Fabber
By Allison S. Park, Contributing Writer

Theater productions often rely heavily on the people behind the scenes. However, after more than a year without in-person performances, many students involved in technical theater have graduated, with no one with comparable experience to fill their place. Despite this, now that the campus has finally opened up, more student productions are offering showings, boosting the demand for student technicians.

Carlo Y. Hensch ’24 used the opportunity to be back on campus to serve as a new set designer for the production “This is Our Youth.” This is his first time leading set design for a production.

“It [has] definitely been a learning curve to start learning, especially trying to find details and trying to learn, [and] pick on the ropes,” Hensch said. “It has been a little bit of a challenge, but it’s been a good time.”

The physicality of finally being in-person is what resonates the most with Hensch. After all, during his first year at Harvard, he was forced to master basic set design virtually; however, most of the skills that a set designer like himself really need to learn and develop to further their understanding can only happen in the physical location of a theater.

Clarissa R. Briasco-Stewart ’23–’24, a current sophomore but a social junior, was able to have an in-person first-year experience and thus, is already acquainted with Harvard’s theater facilities. She is mostly involved in lighting design.

“The problem is that a lot of people graduated, and because they graduated during a virtual year, they didn’t have time or the opportunity to pass on a lot of their knowledge. Because a lot of this only works in person, like I can teach someone how to light a virtual Zoom show but it’s way, way, way, way different than lighting inputs. Some of the concepts are the same, but the actual way you do it is completely different,” Briasco-Stewart said.

Garrett M. Rolph ’22, the technical director for “Legally Blonde,” has been involved in tech theater at Harvard for almost four years, and agrees.

“I think the sentiment I’ve gotten from at least people in my class — seniors — is that we are trying to pass on a lot of the institutional memory,” Rolph said. “The pandemic stole a lot of opportunities for training.”

Despite the pandemic’s disruption of institutional memory, Thomas P. Morgan, the Technical Director for College Theatre, feels that the Office for the Arts at Harvard has always been supportive of students with little to no experience entering the stage spaces — from offering trainings with equipment to weekly collaborative production meetings. There are also paid student Technical Assistants who mentor students through their process of filling tech jobs in student productions. Moreover, the OFA even hires speciality guest artists to offer guidance to students, such as sound engineers who offered trainings for the “Legally Blonde” team and scenic artists who helped to create elaborate backdrops.

Opportunities like these are helpful in addressing yet another issue that Rolph has noticed has appeared as a result of the lack of being in person for a year.

“[The problem is] compounded because it’s not just freshmen, it’s like freshmen and sophomores and juniors that are a little less experienced,” Rolph said.

Student technicians deeply feel the impacts of the loss of an entire year of live theater. However, through the assistance of the OFA and its mentors, students like Hensch are able to find joy in their technical theater roles[,] and productions are able to run smoothly.

Morgan is also extremely grateful for the hard work of student technicians regardless of their level of experience. In an emailed statement, he wrote, “Often, what audiences see and remember is what happens onstage during a show, and the reason they can focus on that so completely is, in part, because of the tech and design team. They create the world the show inhabits.”