‘I Missed It So Much’: Adams Dining Hall Reopens, Though Some Fruit Flies Remain 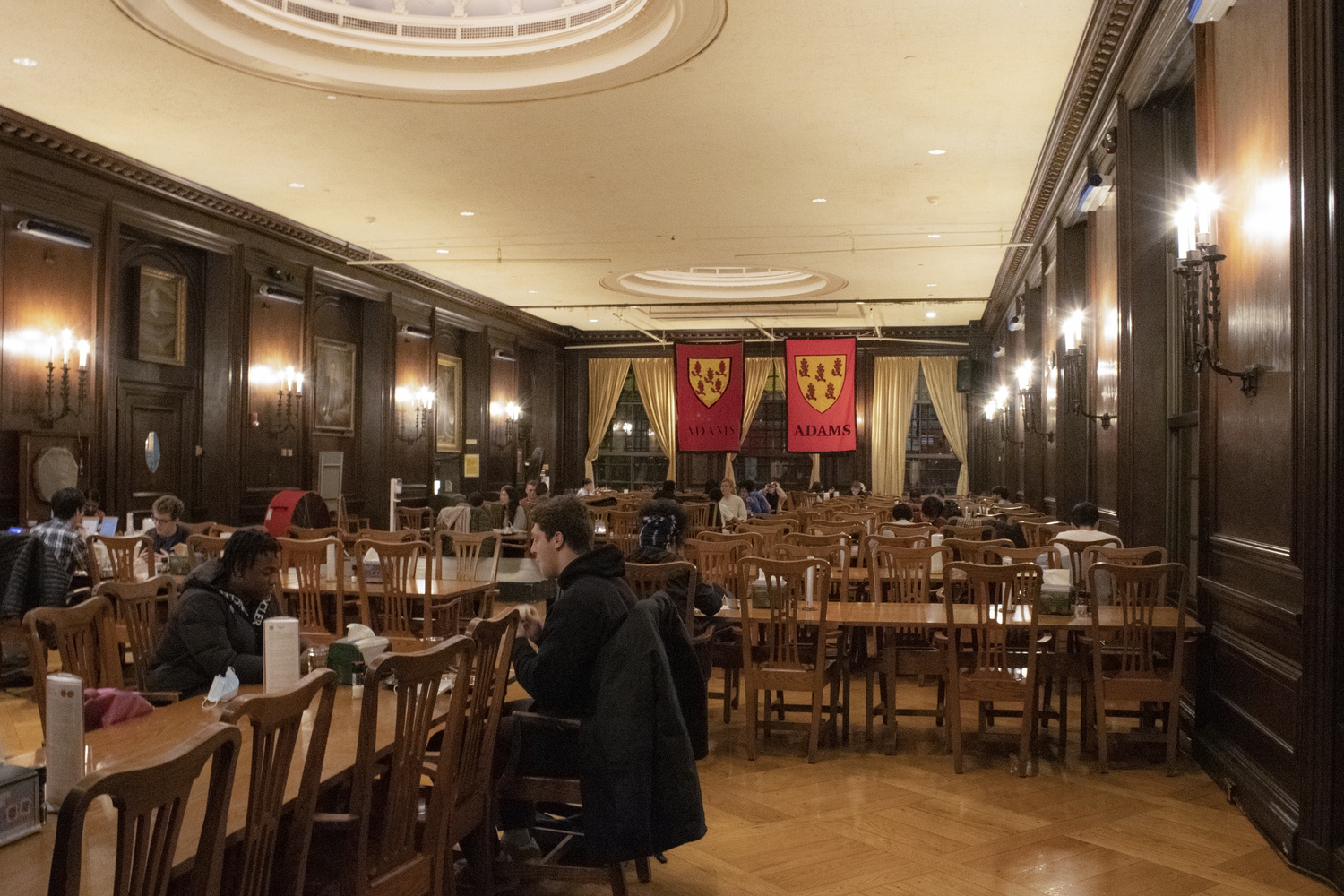 The Adams House dining hall reopened Friday after shutting down for two weeks due to an infestation of fruit flies.

Adams Faculty Deans Mercedes C. Becerra ’91 and Salmaan Keshavjee wrote in emails to House residents that Harvard maintenance staff completed repairs to the plumbing under the House kitchen — where a broken pipe in the food composting system served as the apparent source of the infestation — and a pest control company conducted a “fogging operation” to get rid of the flies. Berrera and Keshavjee noted that some flies remain.

“All of the repairs are completed and a special fog was used on Wednesday to kill any remaining adult flies and larvae,” they wrote to House affiliates last Thursday. “Some bugs at different stages of development do manage to survive the fog, but we have been told that they will not last long. Fingers crossed.”

In honor of the reopening, Adams held a celebration dinner Friday, which included shoofly pie, followed by a “Flies Club” party, featuring dance, food, and alcohol. The first 100 attendees received a “kinky gift”: a hand-shaped fly swatter, according to the invitation.

Ashal Malik ’24, who lives in Adams, said she was excited to return to her House’s dining hall but bemoaned the persistent presence of flies.

“I kind of wish that all of the flies were exterminated before they reopened it, and now we know that they aren’t because we see them in the d-hall,” Malik said.

Malik also reported the presence of flies in her dorm room.

College spokesperson Rachael Dane wrote in an email that the flies do not pose a health or safety risk, citing Harvard’s Environmental Health and Safety department. She added that the College is taking additional measures to eradicate the remaining flies.

“Lingering flies are often expected, given that some were in a larval state when the area was first treated,” Dane wrote. “A second fogging treatment is scheduled [Wednesday] to address the issue, and a plan is in place to monitor and inspect the crawl space regularly to avoid a similar situation.”

Javhlan Amgalanbaatar ’23-’24, who lives in Adams, said she noticed fewer people eating in the dining hall this week, which she attributed to the remaining fruit flies.

“You can see a few fruit flies flying around,” she said.

But Amgalanbaatar and other students said they were excited to return to the dining hall and will monitor the situation.

“If the flies persist or if the number gets bigger, I will try going to the other houses, but for now, Adams seems to have it under control,” she said.

“It’s honestly not ideal, but the location is so convenient and I missed it so much that I honestly think I’m just gonna keep eating here,” Adams resident Caroline H. Dent ’24 said. “If the fly situation becomes disgusting, and they’re diving into my food again, then I’ll move on.”