‘Last Night in Soho’ Review: An Alluring Trip to the Sixties 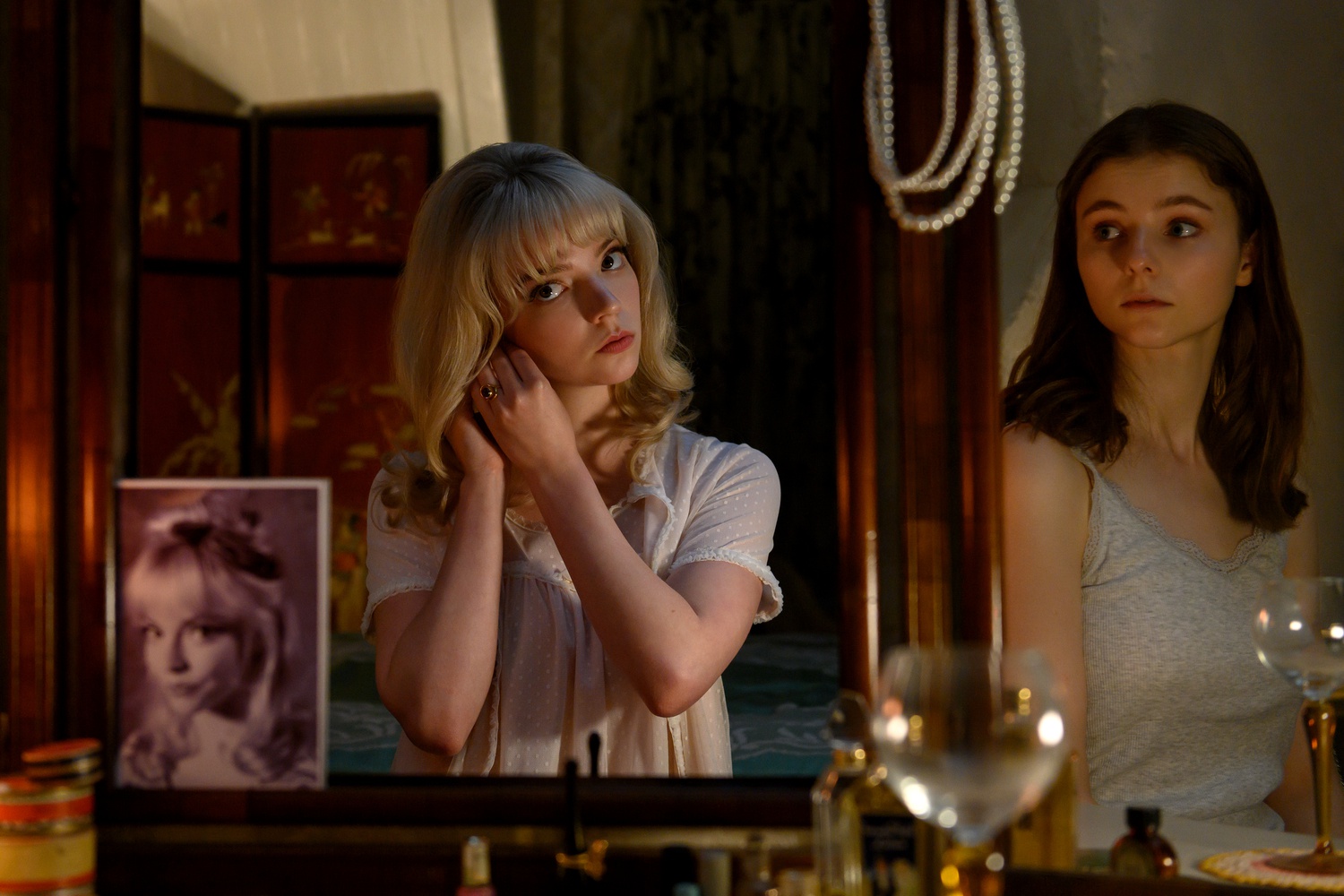 1960s London: The bright neon lights of the city are blinding, live music spills out of club windows, and Sean Connery’s fourth Bond movie “Thunderball” is premiering at the nearest theater. According to Eloise Turner (Thomasin McKenzie), the protagonist of “Last Night in Soho,” there’s no better time to be alive. Edgar Wright’s psychological horror film transports viewers to the past as modern-day fashion student Eloise is whisked into the whirlwind of the Swinging Sixties every night in her dreams. The film features an alluring original premise, immersive worldbuilding, and a surprising feminist slant, but sometimes falls short of expectations as the story develops.

At the start of the film, Eloise moves from the quiet English countryside — where she was raised by her grandmother after her mother’s suicide — to London to study fashion. Unfortunately, she finds that college life isn’t all it’s cracked up to be: Eloise’s wealthy roommate Jocasta (Synnøve Karlsen) is patronizing and cruel (though often a scene stealer in her cutting comedic delivery), she’s overwhelmed by 24/7 partying, and she’s struggling to make friends. Unhappy in the dorms, Eloise rents a room off campus from an older woman named Mrs. Collins (Diana Rigg). It’s here that her nightly time travels begin, and in her dreams she begins to inhabit the life of Sandie (Anya Taylor-Joy), an aspiring singer.

Wright does an excellent job of juxtaposing Eloise’s disappointing college experience with glittering 1960s London, a place he initially depicts as brimming with promise. When she first walks into the Soho of the sixties, the sound switches from mono to surround, and the classic 1963 ballad “You’re My World” reaches a swelling peak. The volume is raised to a level that seems deliberately overwhelming: As Eloise gazes at the rich sensory overload around her, we take part in her astonishment. In this first act, Wright invites his audience to romanticize the past alongside Eloise.

The contrast between Eloise and Sandie is stark, and each actress is perfectly cast for their respective roles. McKenzie easily embodies Eloise’s timid, unsure nature, while Taylor-Joy brings vitality to the ambitious, self-possessed Sandie. In Eloise’s dreams, she both inhabits and orbits Sandie’s world — in a disorienting series of shots, Eloise is shown as Sandie’s reflection in mirrors, and sometimes vice versa. Other times, Eloise simply watches Sandie live her life, an invisible voyeur infatuated by her charisma and unyielding confidence. In the real world, Eloise begins to emulate Sandie, dyeing her hair blonde and buying a vintage jacket to resemble her. As the differences between them slowly collapse, their relationship makes for a captivating study in femininity, highlighting expectations imposed upon women while also poignantly depicting female solidarity.

The film takes a dark turn in both its tone and messaging as Sandie begins a relationship with Jack (Matt Smith), a charming and sinister manager who vows to make her into a star. This pivot in the story reveals the danger lurking beneath the glamour of the city, serving as a painful but timely reminder that women are often exploited if they want to “make it.” However, in addressing the pressing issue of patriarchal violence, Wright could have lended more nuance and depth to his protagonists. Sandie is rarely granted the time to reveal who she is outside of her ambitious starlet act; the script would have benefitted from exploring more deeply the dissonance between her internal world and the perpetual facade she keeps up.

While its timely themes are thoughtfully handled and Wright does give his female characters some agency, the film loses its footing in its latter half. The story becomes predictable as Eloise’s dreams of the past begin to impact her real life in the present, featuring one too many successive and unimaginitive chase sequences. There’s a romance subplot between her and another student, John (Michael Ajao), who is refreshing in his earnestness but ultimately lacks the development to make us truly care about him. In fact, by the end of the film, there are several characters and storylines that feel underdeveloped or disconnected from the central narrative. With its sleek, saturated production design that turns nostalgia into nightmare, “Last Night in Soho” is certainly an exciting ride. Nevertheless, it loses its verve as it unfolds and doesn’t quite live up to its potential as an innovative feminist horror film.

— Staff writer Jaden S. Thompson can be reached at jaden.thompson@thecrimson.com.