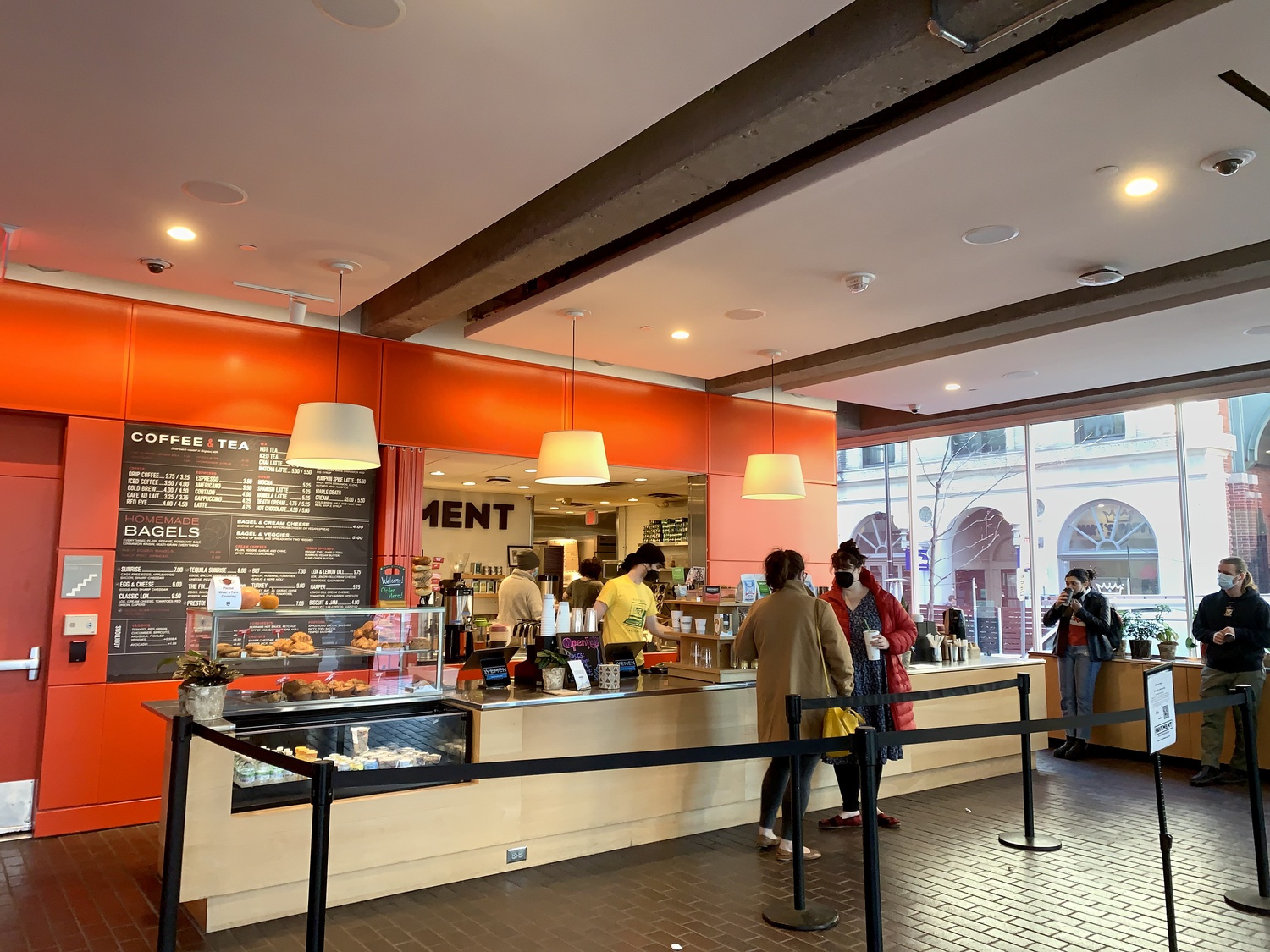 Classroom to Table, which facilitates restaurant meals between instructors and students, has returned in a modified format this semester in which students can invite instructors to a coffee break at Pavement Coffee in Harvard Square. By Joey Huang
By Anne M. Brandes and Caroline E. Curran, Contributing Writers

Classroom to Table, the popular College program that brings faculty and students together to share food and company, is back for the first time since the pandemic’s onset — albeit through a modified format.

The new initiative, called “C2T: Coffee Break,” invites instructors and students to talk over coffee and pastries at Pavement Coffeehouse in the Smith Campus Center for the remainder of the fall semester, the College announced Nov. 11.

The program will permit groups of two to five students to gather with a faculty member. Harvard will give each participant a $10 voucher.

College spokesperson Rachael Dane wrote in an email that Harvard launched the new format last week based on participant feedback.

“The coffee break edition of Classroom to Table is a development that students and faculty had been asking about before, namely a more casual option than formal restaurant meals,” she wrote.

Students have less than three weeks to take advantage of the program. Dane wrote that the College rolled out the initiative last week out of caution for the health and safety of affiliates.

“Given the public health situation at the start of the semester and the public health guidance, it did not seem prudent or allowed to be encouraging groups to dine together indoors, hence the delay in starting up this semester,” Dane wrote.

She added that logistical planning and the creation of “an IT support system” also delayed the program’s launch.

Dane did not respond to requests for the budget of the coffee program. In past years, Classroom to Table has run out of funding.

Melody M. Wang ’22, who has used Classroom to Table several times, said she believes the traditional model is more meaningful than the new coffee chat model.

“I personally prefer the more extensive meals just because, one, obviously, you have a lot more time to speak with your professors and friends, and, two, obviously, the food is absolutely delicious,” Wang said. “I would say I think those are a bit more conducive to just having deeper conversations.”

Classroom to Table was founded in 2015 by then-senior Sharon Zhou ’15. Zhou said in an interview that she pitched the program to administrators because of the connections she made with professors across the Computer Science and Classics departments.

“My favorite story from the program is this one friend of mine was from Kansas and took out all the Kansas people at Harvard which I think was two other students and two professors and they just had lunch on Harvard’s dime, and I was like, great,” Zhou said. “It wasn’t subject-related at all — and I love that spirit.”

Reacting to the coffee break edition, Zhou said she believes it will offer “a different vibe,” albeit one that could still help faculty and students connect.

She also said she hopes the College invests further in Classroom to Table.

“I think expansion would be very welcomed by both faculty and students,” Wang said. “It’s great that we’re starting back with coffee and pastries, but for next semester and beyond, I’d love to see it continue growing.”