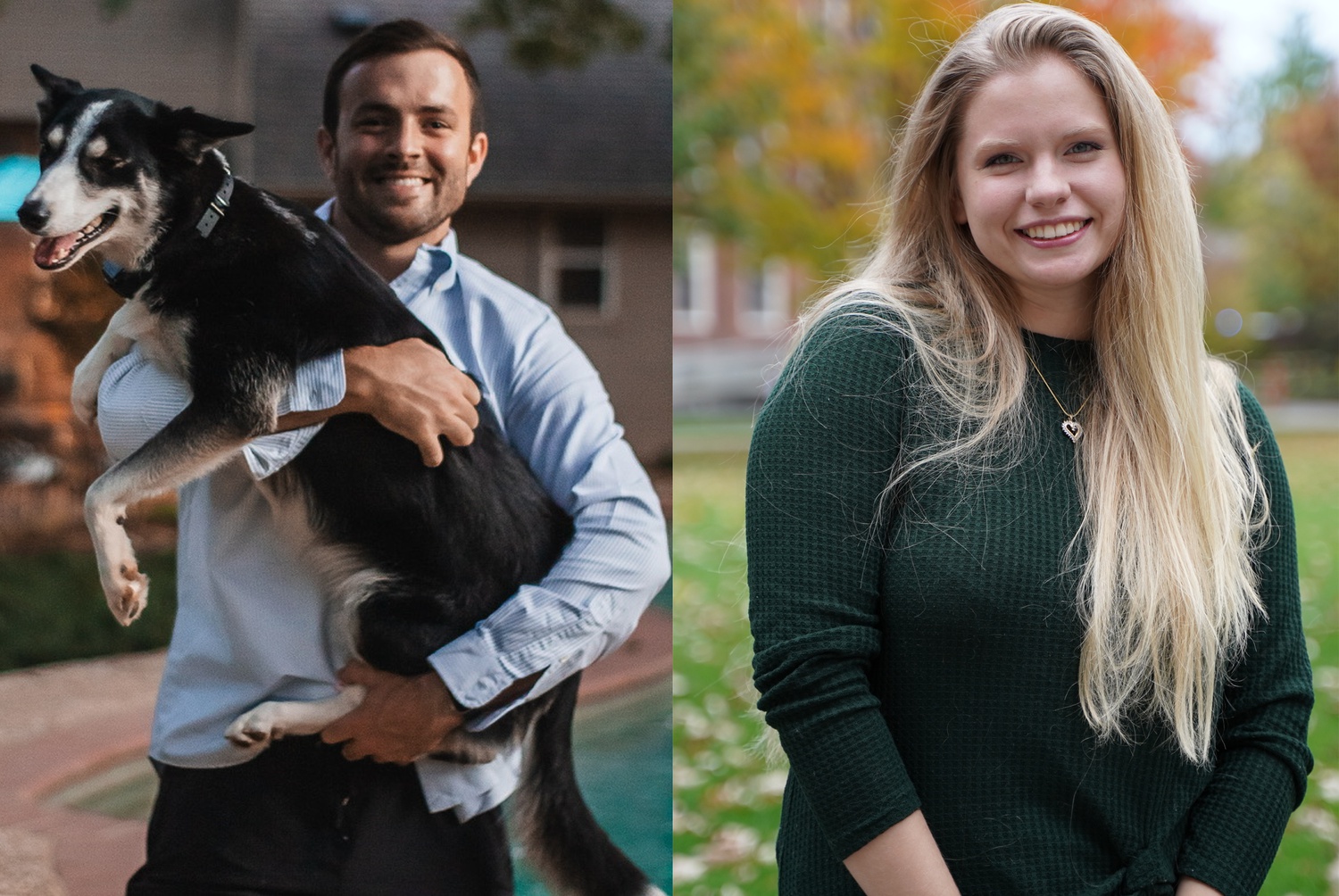 Unlike most students who submit their college applications after four years of high school, Ashley N. Emann ’23 applied to Harvard after serving four years in the United States Marine Corps.

Emann said she found herself calling the admissions office every week with questions about the application process.

“When I was applying, I was constantly calling in the office,” she said. Even that caused her to wonder, “'Am I making the right decision admitting that I don’t know what I’m doing?’”

“You’re like, ‘I’m applying to an Ivy League, I’m sure all these high school students know what the heck they’re doing. I don’t know what I’m doing,’” Emann added. Though she decided that she “might as well ask,” there are “other veterans who don’t know how to ask for help.”

In her role as a student coordinator on the Harvard Admissions Office’s Undergraduate Admissions Council, Emann is working to help answer those questions for veterans applying to the College. She and her co-coordinator, Hudson T. Miller ’23, hold talks for prospective veteran applicants covering topics including housing, financial aid, and transfer credit.

Miller, who also served in the Marine Corps, said he and Emann are working to make the Undergraduate Admissions Council a more effective resource for veterans applying to the College.

“For the most part, the majority of vets are low-income, they’re first-gen often, so those are hard demographics to reach just in general — let alone when you’ve taken four to 12 years of a break from college since high school,” Miller said. “The position with the UAC is perfectly set up to allow us to cater the message from administration to these guys and girls who are interested in applying.”

Miller said veterans can experience increased pressure and self-doubt when applying to college.

“A lot of vets are too scared, or scared out of going to college, because they need to provide for their family, they need to do all these things,” Miller said. “They need protection, because the military provides so much support, and often that support — though helpful — can become a crutch.”

Emann said increased support was crucial in her experience applying to college as a veteran. She spent a year preparing to apply to college and took military-sponsored courses designed to help service members plan their lives after their time in the military.

“I was very lucky and I was very adamant about getting that year,” she said. “You have others who are in shops that don’t allow that, they give you a month to check out, get all your stuff together and be ready to go wherever you need to go when you leave.”

Marcus E. Shoberg ’25, who served in the U.S. Army for eight years before arriving at Harvard, said he relied on third-party services, like Service to School, to help him apply. He said having a veteran-specific student coordinator on the UAC when he applied would have made the application process clearer.

Miller said he is pleased with this new role on the UAC.

“We’re in the room now,” he said. “I think that’s a very important thing, and a lot of people want that.”