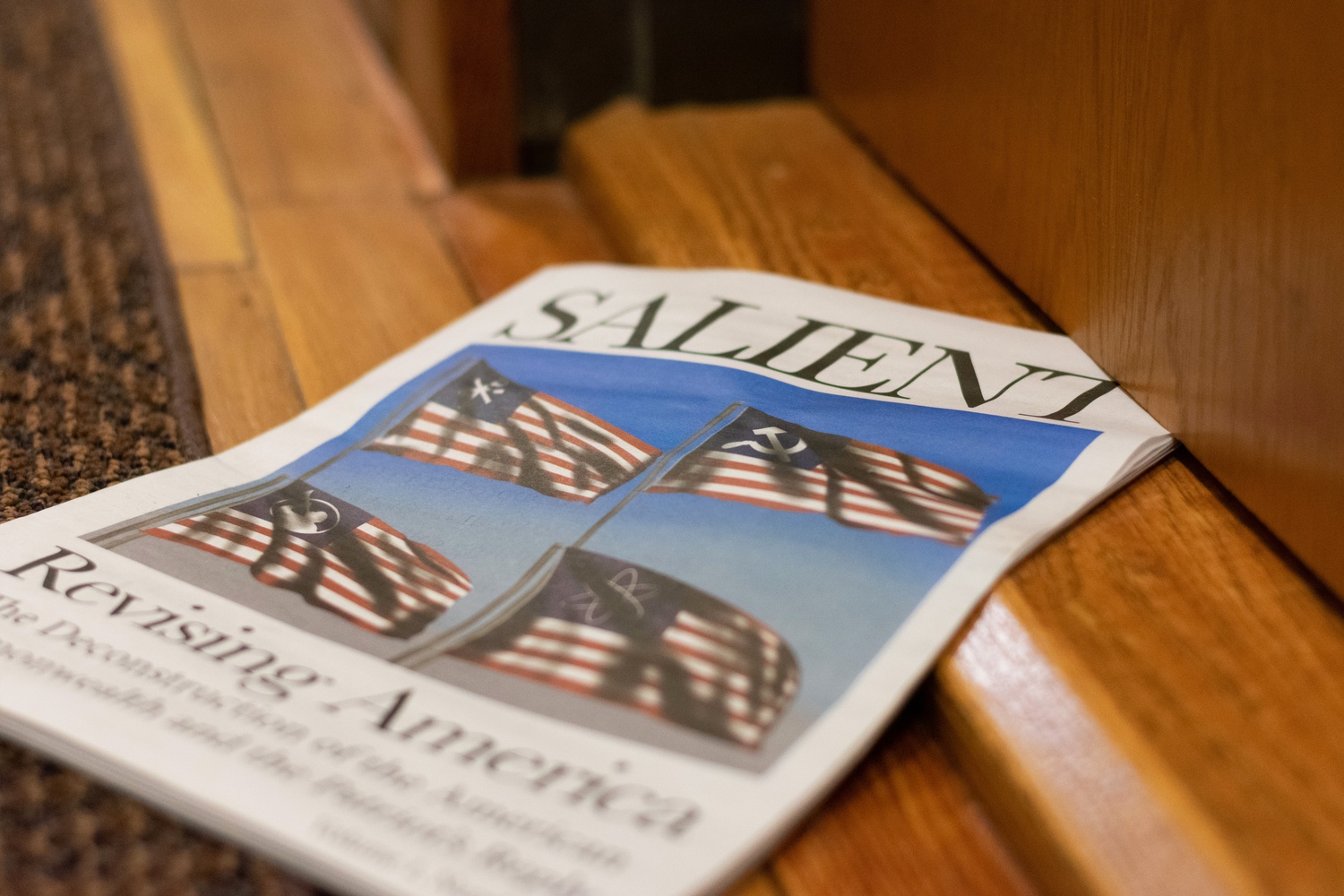 You and every other undergraduate awoke last month to find a copy of The Salient, back from the dead, at your doorstep. The mag, according to its spokesperson, is the space for “independent and contrarian thought at Harvard.” Yes, spokesperson. Save for Jacob A. Cremers ’23-’24, The Salient’s mouthpiece, every associate of the conservative publication is anonymous. Its writers have all discarded their real names for pseudonyms, electing to go instead by titles including Publius, Marcus Porcius Cato, and Thucydides — all Greco-Romans known for their stamp on political philosophy.

As undergraduates who frequently publish our own collegiate musings, we genuinely welcome The Salient’s return to the campus writing scene, from which it has been absent since 2012. But we are disappointed by our peers’ choice to go entirely anonymous, something its previous incarnation, for all its faults, did not do.

Signing a piece off with a byline requires a writer to take ownership of their work. This is why our own opinion page publishes anonymous pieces exceptionally rarely, and why our editorial board — which by design, runs pieces under an institutional byline — has committed to publishing the names of our active editors on our website. This change was announced last year as follows: “While we take pride in our institutional byline, we believe it’s important that our community can hold us accountable for what we publish.” For all its talk of “expecting controversy” The Salient seems to be taking the opposite approach: ducking behind Roman busts to avoid any such accountability for their writing.

Pseudonyms have enabled the publication of crucial writing in the past. The writings of Harriet Jacobs, a Black woman who wrote the autobiographical “Incidents in the Life of a Slave Girl” under the pseudonym Linda Gent, fueled antebellum abolitionist movements in the U.S. Many women have written under male names in order to even get published throughout history. The Salient’s embrace of the pseudonym, however, does not promote anything nearly as meaningful.

Op-ed writers for The Crimson often receive feedback on their pieces — good or bad — in dining halls, via email, and, yes, in The Crimson’s comments section. Through only using anonymous bylines, and not even publishing an online record of the paper, The Salient effectively removes any room for discourse between author and audience. How, exactly, is one to engage with Publius?

The Salient explains its use of pseudonyms is “to encourage freedom of expression and attract contributors who would otherwise be too shy of public exposure.” This, to us, reads as self-defeating. The stance, as a previous op-ed argued, implies that any idea published in The Salient is unutterable. Yet the collection of essays, including one which argues that Mormonism contributes to the state of Utah’s low-income inequality, simply aren’t pariah-making, though many students may disagree strongly with the stances articulated. Rather than awaiting criticism, The Salient’s model essentially deems its opinions unpublishable before they even reach an audience, which can only dull freedom of expression.

We also worry about the damaging impact anonymity might have on the arguments made in The Salient. Ample research demonstrates that people tend to behave more rudely and abusively when their identities are concealed. The Pew Research Center points to anonymity as bringing out the worst of our online selves, resulting in “uncivil discourse” and hatefulness.

Salient writers have previously published a fair share of hateful content under actual bylines. Gladden J. Pappin ’04, the magazine’s then-editor, argued that Harvard should bring back a semblance of its Secret Courts of 1920, which surveilled and expelled gay students, to punish deviant sexual behavior again in the 21st century — especially “not merely immoral but perverted and unnatural” same-sex relationships. Two other editors of the magazine resigned in protest. In its anonymous pursuit of contrarian thought, we hope this rebirthed Salient follows in the tradition of these two editors and prevents the pseudonym from protecting bigoted speech.

Ultimately, we welcome The Salient back to campus. We just wish we knew which of our peers we were welcoming.