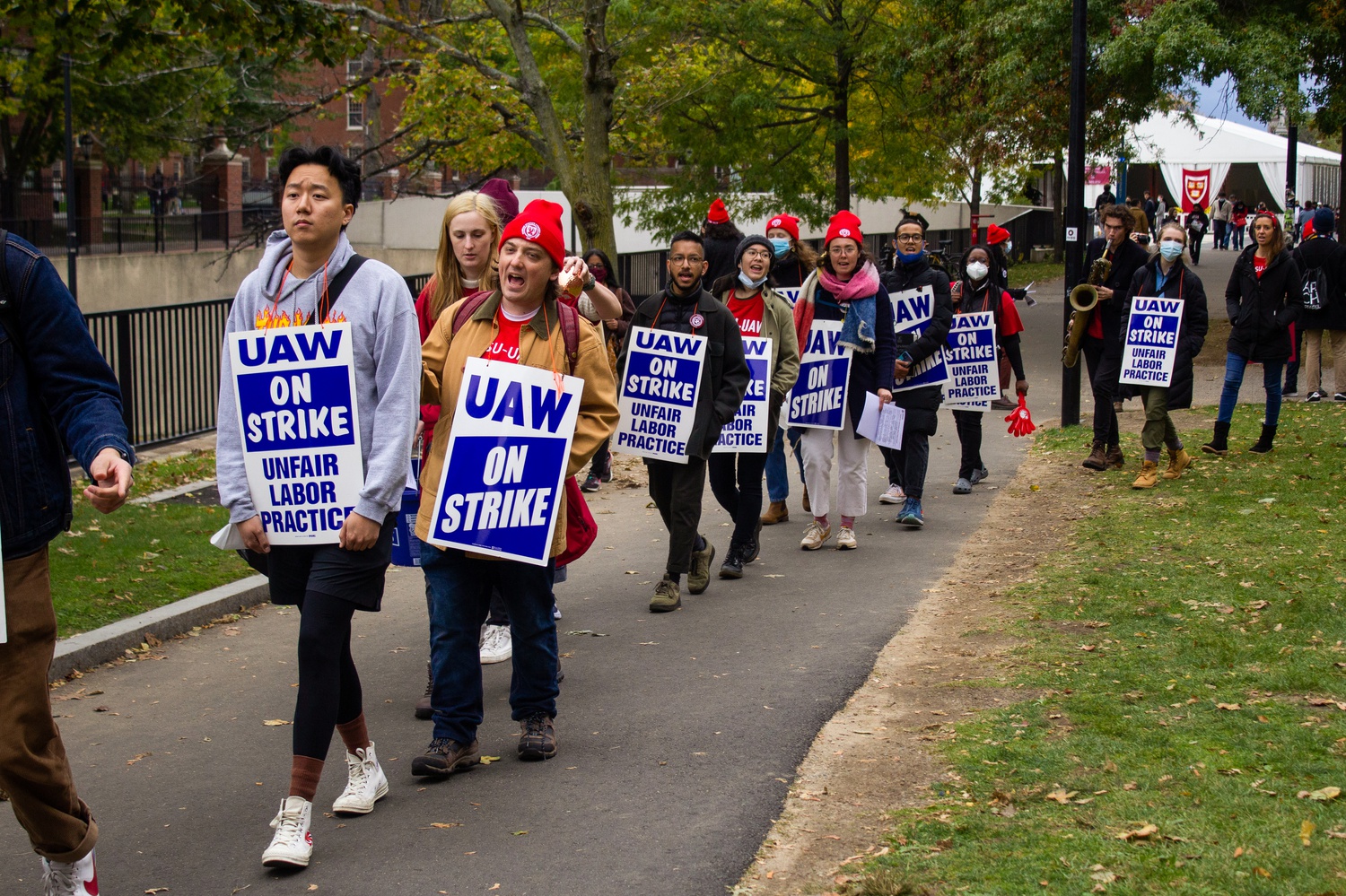 We extend our unequivocal support to the union and its members for the ratification of the contract. Their fight for basic improvements to their working conditions has been inspiring and energizing, helping revitalize and strengthen our campus’ labor culture. We are beyond glad that some of HGSW-UAW's key aims, chiefly substantial and retroactive pay rises above Boston's inflation level, are reflected in the agreement.

Our support is not, however, blind to the obvious: The new agreement is substantially less popular than its predecessor. Almost three in every ten union members didn’t support the motion to ratify, a roughly ten-fold increase in opposition compared to the union's last ratification vote in 2020. A minoritarian but significant portion of union members had enough misgivings to vote against substantial raises and in favor of a second strike. The question, then, is why internal opposition increased so substantially, and whether the concerns it raised are justified.

We sympathize with the minority's unease. The compromise agreement — despite its many virtues and the broad support it enjoys — risks hurting both the union and some of its long-held goals.

The latter point is almost self-evident: To secure certain University concessions, the union was forced to walk back on key, deeply cherished issues. The agreement lacks, for example, any substantial improvements on the third party arbitration front, offering only legal funding for student workers going through the University’s Title IX process. The creation of independent channels to arbitrate discrimination and harassment cases remains an extremely reasonable, regrettably unfulfilled demand. Our official policies shouldn't stand unchanged in the face of repeated examples of the dysfunction that plagues university reporting systems — and yet it seems almost certain that they will, at least for the next four years.

But HGSU-UAW's second concession might prove even more painful in the long run. The contract lacks any provisions instituting “agency shop,” a mechanism that would require all student workers to contribute financially to union activities or a student worker health fee. Forcing workers to pay a fee or contribute to a union will always inspire controversy, even when frequently cited concerns about the union's political activity are absent as they are at HGSU-UAW. A union, however, is only as powerful as its funding ability, particularly when it faces an employer as institutionally powerful and wealthy as Harvard. Without some sort of agency shop provisions, employees have less of an incentive to join the union and pay fees. Some student-workers sought to warn of the financial risk before the vote, circulating an open letter arguing that without agency shop, the union could become financially unsustainable. Their warnings unheard, HGSU-UAW will have to survive without any form of agency shop funding safety net for the next four years.

In fact, the contract's duration, those infamous four years during which progress on any conceded issue will remain stalled, might be its single greatest weakness. The long agreement does offer more future financial security for graduate students, guaranteeing consistent, predictable raises. It does so, however, at the cost of guaranteeing that the union won't mobilize its membership en masse for a period long enough to see many of the union's current leadership graduate their programs. The union is bound to lose intangible capital — accumulated knowledge of how to best wrestle against University negotiators, acquired skills perfected over the past two strikes and third strike threat, awareness of and support for among the student body — in the absence of further negotiations.

We are glad that HGSU-UAW managed to secure substantial pay increases, and that its membership felt satisfied enough to support a new contract and prevent a second strike. Union members must now fight to ensure the agreement isn't a death kiss, to continue spreading awareness of union activity and key issues like third party arbitration without the mobilizing force of contract negotiations, and fundraising without agency shop provisions. If they fail to do so — if monetary improvements pave the way to complacency, or if time erodes the union's knowledge base — the union might emerge from its years-long slumber substantially weaker than before. That would be deeply regrettable, for workers and labor-oriented community members alike.