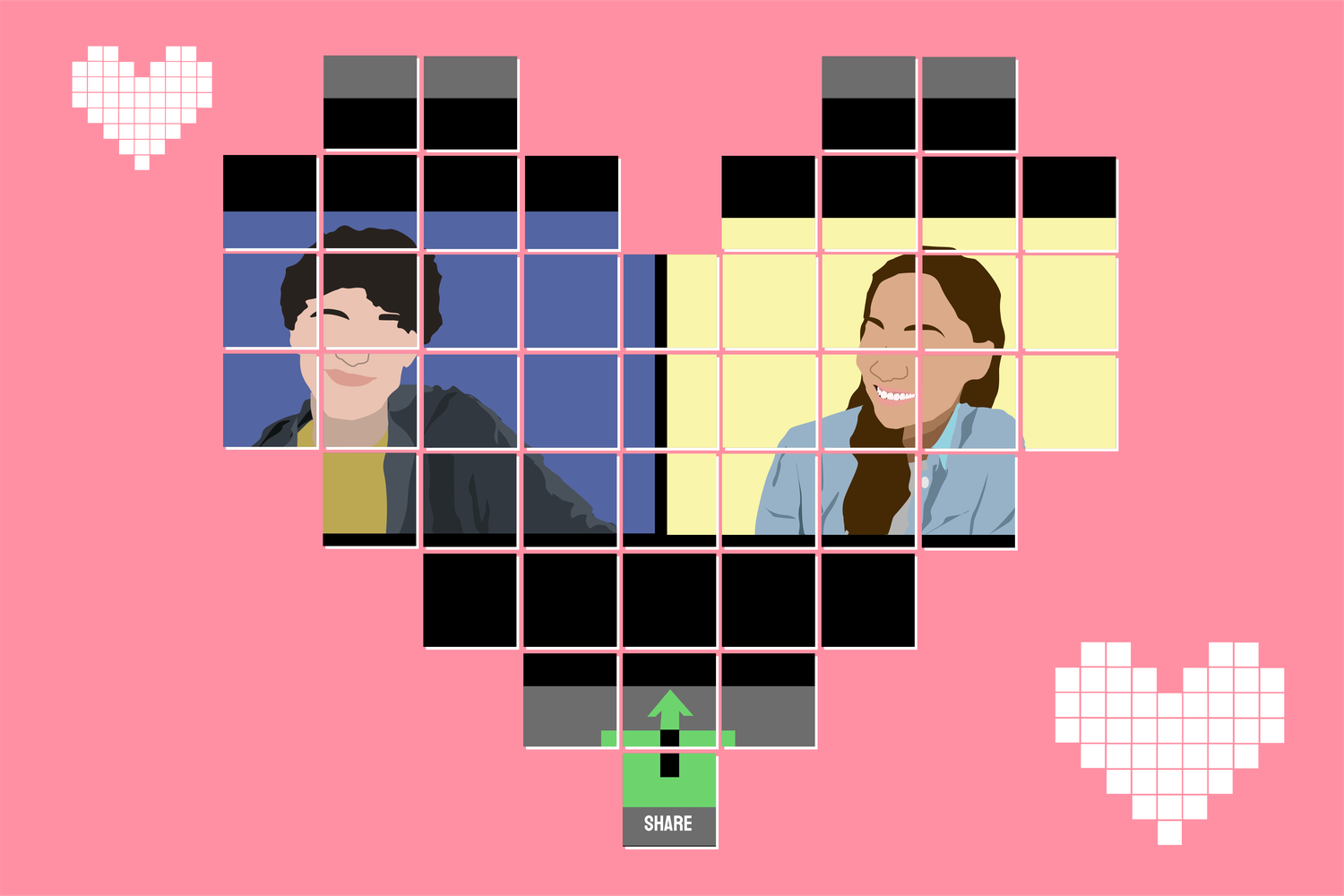 Founded by Harvard students, Datamatch reached 33 different college campuses and spread the love to more than 42,000 students across the country this year. By Justin Y. Ye
By Meimei Xu and Sixiao Yu, Crimson Staff Writers

Matilda Marcus ’24 was almost at a loss when describing Datamatch to her friends.

“It’s kind of like Tinder, but only your college, and there’s a survey,” she said.

Datamatch — a free matchmaking service run by Harvard students — boasted sign ups from more than half of Harvard’s undergraduate population this year.

After filling out a survey and profile, participants can be matched with other students to meet up in person or go on a virtual Zoom date. The program partnered with restaurants near certain college campuses — like Playa Bowls and Black Sheep Bagel Cafe in Harvard Square — to offer students free food on their dates.

This year, Datamatch reached 33 different college campuses and spread the love to more than 42,000 students across the country.

“We didn’t want the students off campus to feel like they're left out or abandoned, because we know that’s something they felt all too often during this year,” Zhang said.

“We really focused on building out that user experience, finding partnerships like Snackpass to offer dates at more locations, finding other alternative date methods that are virtual, and in general just keeping the Datamatch experience as inclusive and open as possible,” he added.

Instead of focusing on on-campus marketing strategies such as distributing flyers, Business Lead Katherine Y. Zhu ’23 said the team relied more heavily on online marketing than they have in previous years.

“We really had to just completely rethink a lot of our strategies,” Zhu said. “We still did some of the flyering, but a lot of it now was like, we’re trying to go viral on TikTok, we’re starting a Twitter account, we are following everyone on Instagram just to let people know that Datamatch is happening.”

Datamatch was founded by Harvard students in 1994, and has since expanded nationwide. Because of the online platform, Zheng said, members from other schools have been able to become more involved on Datamatch’s various teams.

“I think we’ve been able to have a lot more rapport just because this is the only way we are communicating with each other, and it feels more like equal grounds in that sense,” Zheng said.

Mario A. Habashy ’23 participated in Datamatch this year and said it was a “fun experience.”

“I’m not quite sure how the algorithm works, because the questions seem so random,” he said. “But it’s in good spirit. It’s fun to do.”

Kim-Anh Nguyen ’21, who is one of the leads on the Datamatch Algorithm Team, called the match algorithm a “secret sauce.”

“One of the main themes of Datamatch is that the algorithm is top secret — the secret sauce,” Nguyen said. “As for who you might be matched with, the criteria changes every year. We try to make it better and more accurate.”

“Of course, it’s very difficult to model attraction,” she added.

New features this year included “Crush Roulette,” which allowed users to submit two email addresses to increase the chance that those two users would get matched, and the “Block List,” which let users submit the email addresses of students they would prefer to not match with.

“The goal was for people to be able to anonymously shoot their shot, yet have that plausible deniability where if they in fact did get matched with someone, they would not know for sure whether that person had indicated interest in them too,” Design Lead Melissa W. Kwan ’22 said.

“So we wanted to add a little bit of excitement there while also allowing people to have a bit of say in the algorithm’s performance,” she added.

The team previously launched Quarantine Datamatch on May 25, 2020, as a way for students to connect remotely during the pandemic, and Meet 24 on Sept. 28, 2020 with the goal of connecting freshmen in the class of 2024.

Marcus, a freshman from the U.K., said she met her current girlfriend during Quarantine Datamatch.

“We didn’t match, but we used the search function and searched each other up in secret. And then we both got alerted,” she said. “Then we’ve kind of like, just been dating ever since.”

Marcus, who has not been able to live on campus her first year due to international Covid-19 restrictions, had also participated in Meet24 in the past to find friends.

“I have participated in the platonic function,” she said. “It is so, so difficult to make friends, especially last semester when all of the first years were there.”

Habashy said he didn’t finish taking the Datamatch survey last year, but made sure to fill it out this spring.

“I didn’t take it seriously last year, because I had so many options to meet people,” he said. “There’s so little connection between me and Harvard itself, that having the opportunity to meet someone from Harvard — I took it a little bit more seriously than last year.”

Nicolas A. Vallenas ’23, who also participated in Datamatch this year, said he signed up as a freshman but never met with anyone that year.

“I feel like they’ve improved the model a lot from the first time that I tried it out,” Vallenas said. “I should also say that the survey questions were absolutely hilarious. I just had fun just filling them out.”

Vallenas said he has plans to meet a match in person in Boston this year.

“I love the Datamatch community, and I feel pretty warm when I realize that I’m helping other people meet new people, especially during the time of quarantine, and that's something which attracted me right in the beginning,” Mitra said.

Zheng, one of the Supreme Cupids, said that while the successful love stories resulting from Datamatch are a “great side effect” of the program, it is not the team’s goal.

“It’s just like the cherry on top for us to see a really successful love story come out,” she said.