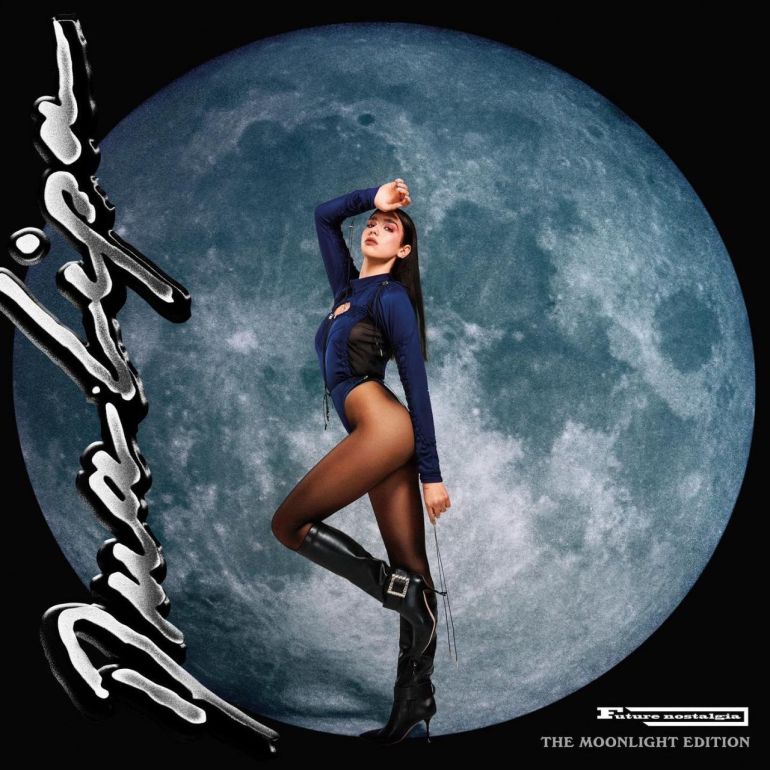 Nearly a year after the release of “Future Nostalgia,” Dua Lipa continues to capitalize on the success of her sophomore album. The deluxe re-release “Future Nostalgia (The Moonlight Edition),” which Lipa teased on Instagram, takes listeners on another journey back to the future. Lipa says that the original album “served as a form of escapism” for her around the time of its release, as it did for many of her fans. Coupled with an escape from “timelines, deadlines, people telling me what to do,” Lipa says that she has since been able to “make something that [she] really loves.” Listeners will surely also appreciate how “The Moonlight Edition” departs nicely from the cohesiveness of the original album, incorporating a variety of different styles and speaking more to Lipa’s diverse musical ability and development as an artist.

On the day of the reissue, Lipa released its promotional single, “We’re Good,” an unconventional breakup song that strays vastly from Dua Lipa’s usual electro-pop style. With lines like “Let’s end this like we should and say we’re good,” combined with a much calmer tropical beat, “We’re Good” explores the idea of an amicable break-up with a partner. This provides both thematic and sonic contrasts to some of the original record’s tracks such as “Break My Heart.” Mixing elements of dance-pop and disco-funk, “Break My Heart” is a high-energy, upbeat track all about vulnerability, as Lipa expresses her concern that a new lover could leave her brokenhearted. Lipa’s desire for a much more idealistic end to a relationship in “We’re Good” gives listeners a glimpse into her growth during the past ten months, a time that she says helped her develop self-confidence and become the “best performer [she] could be.”

After “If It Ain’t Me” was originally leaked as a collaboration between Dua Lipa and ex-Fifth Harmony member Normani, many fans were disappointed when they found out that “The Moonlight Edition” featured a solo version of the song instead. As catchy as the sad but danceable love song may be, with similarly upbeat tracks such as “Don’t Start Now” and “Break My Heart” already in the album, “If It Ain’t Me” does not add anything new to “Future Nostalgia.” In contrast to the innovative composition of “We’re Good,” “If It Ain’t Me” appeals more to Lipa’s original sound ultimately seeming like an unnecessary addition.

The re-release’s next new solo track, “That Kind Of Woman,” is a retro love song filled with energetic ‘80s beats and synths. As its title suggests, “That Kind Of Woman” drips with a new confidence Lipa said lockdown helped her gain, with lines such as “I’ll pick you from the crowd / Don’t come to me.” This track complements the more positive themes of love and personal growth on “We’re Good.” “That Kind Of Woman” also seems to suggest that Lipa now has the confidence to take an energetic charge in her romantic pursuits, which fits in nicely with the ideas of female empowerment found in “Boys Will Be Boys.” “That Kind Of Woman” is a wonderful contribution to “The Moonlight Edition,” as it effortlessly displays Lipa’s growth as both an artist and an individual.

In addition to new solo tracks, “The Moonlight Edition” also introduces a variety of different features from Angèle, DaBaby, J Balvin, Bad Bunny, Tainy, JID, and Miley Cyrus. After Lipa’s first multilingual feature with the K-pop group BLACKPINK on her self-titled debut album, tracks such as “Un Día (One Day)” with J Balvin, Tainy, and Bad Bunny, and “Fever” with Angèle add to Lipa’s growing list of bilingual bops. Unfortunately, JID’s and DaBaby’s features both diverge from Lipa’s typical style and don’t seem like worthwhile additions. Lipa’s song with Miley Cyrus, on the other hand, “Prisoner (feat. Dua Lipa),” is arguably one of the best new additions to Lipa’s discography. By mixing elements of punk, disco, and pop, the duo elevate each other rather than competing.

While Dua Lipa may not be going on tour anytime soon, her newly released “Future Nostalgia (The Moonlight Edition)” is sure to help listeners through quarantine with a variety of different dance bops, features, and unconventional breakup songs to sing and dance along to while they recreate their own Dua Lipa World Tour in their living rooms.