'Kamp Koral’ Review: A Feeble Attempt to Recreate the Allure of ‘Spongebob Squarepants' 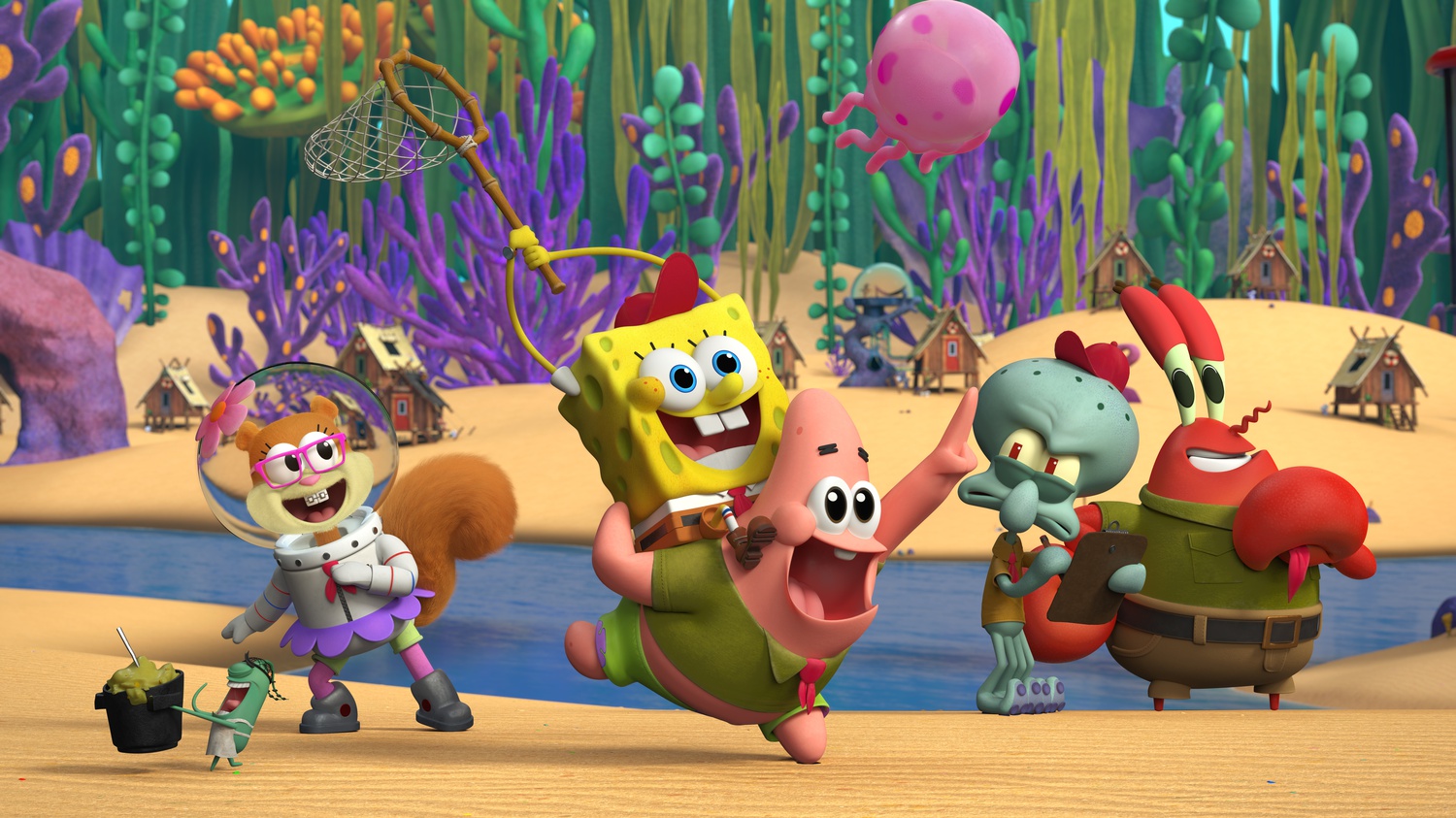 Leading up to his death three years ago, Stephen Hillenburg, the creator of “Spongebob Squarepants,” was known for vehemently opposing the creation of any spinoff series from his show. Recently, though, creative control seems to have fallen solely to the executives at Nickelodeon, who — just as Disney has with the Marvel universe — plan to mine the town of Bikini Bottom for all its worth. With “Kamp Koral: Spongebob’s Under Years” airing on Paramount+, it seems obvious that Hillenburg’s final wishes weren’t granted; to make matters worse, there are a total of three Spongebob spinoffs planned.

However, despite his well-known wish, ‘Kamp Koral’ begins each of its stories with an addition to the regular title sequence: “created by Stephen Hillenburg.” It’s a seemingly feeble attempt to dispel the notion that the show was created against the wishes of that late, great animator, but this acknowledgement feels crude. However, upon further inspection, Hillenburg reportedly approved the idea for ‘Kamp Koral.’ According to the Executive Vice President of Animation at Nickelodeon Ramsey Naito, Hillenburg was credited for the project because “Kamp Koral is about friendship and it shares the origin story of how our Bikini Bottom friends all met." If Hillenburg’s real concern was the creation of an unimaginative show about former background characters when Spongebob was the only one with much of a detailed past, then perhaps “Kamp Koral” still works, honing in on Spongebob’s past.

Sadly, “Kamp Koral” seems to fall short of becoming a beloved classic like its predecessor. The comedy material in the different stories seems shallow and unremarkable, much unlike the original show. Of course, the original Spongebob (Tom Kenny) and Patrick (Bill Fagerbakke) made their fair share of silly jokes, but they often feel more strained than lighthearted, unlike the original. In particular, “Kamp Koral” seems to overemphasize Patrick’s stupidity and ignorance. For example, in the beginning of episode four, “In Search of Camp Noodist,” Patrick complains, “No activities means no… something.” To say the least, it’s not funny — and this line of humor almost skirts the line of unenjoyable.

Making matters worse, “Kamp Koral” completely changed the animation style of the original show. Rather than going with the classic 2D style that people know and love from “Spongebob Squarepants,” the animators decided to go for a CGI, 3D option instead. Executive vice president of Nickelodeon Naito stated that the choice was made so that “Bikini Bottom could shine in a way we haven’t seen before.” Instead, it is an almost distracting choice that often breaks the story immersion and feels wrong for a show originally beloved by many for simplicity and unseriousness. At the conclusion of episode four, “Kitchen Sponge,” there’s a quick glimpse of Sandy Cheeks (Carolyn Lawrence) animated in the classic style and it feels like a breath of fresh air.

One thing the show succeeds with is the continued use of the same voice actors and characters from the original show. We still get to see Mr. Krabs (Clancy Brown), Squidward (Rodger Bumpass), Mrs. Puff (Mary Jo Catlett), Plankton (Mr. Lawrence), Karen (Jill Talley), and Larry the Lobster (Mr. Lawrence) all up to their various shenanigans. The showrunners’ commitment to finding and getting the original voice actors is an admirable and exciting choice for “Kamp Koral.”

In general, “Kamp Koral” is an entertaining and enjoyable show. It does lack the pizazz and spunk of the original “Spongebob Squarepants” — most likely because Stephen Hillenburg is no longer writing — but there is hope as the show continues. Some of the episodes had that familiar spark of creativity and ingenuity from Nickelodeon’s most loved comedy. Hopefully, as the show continues, these episodes become the norm, not the exception.