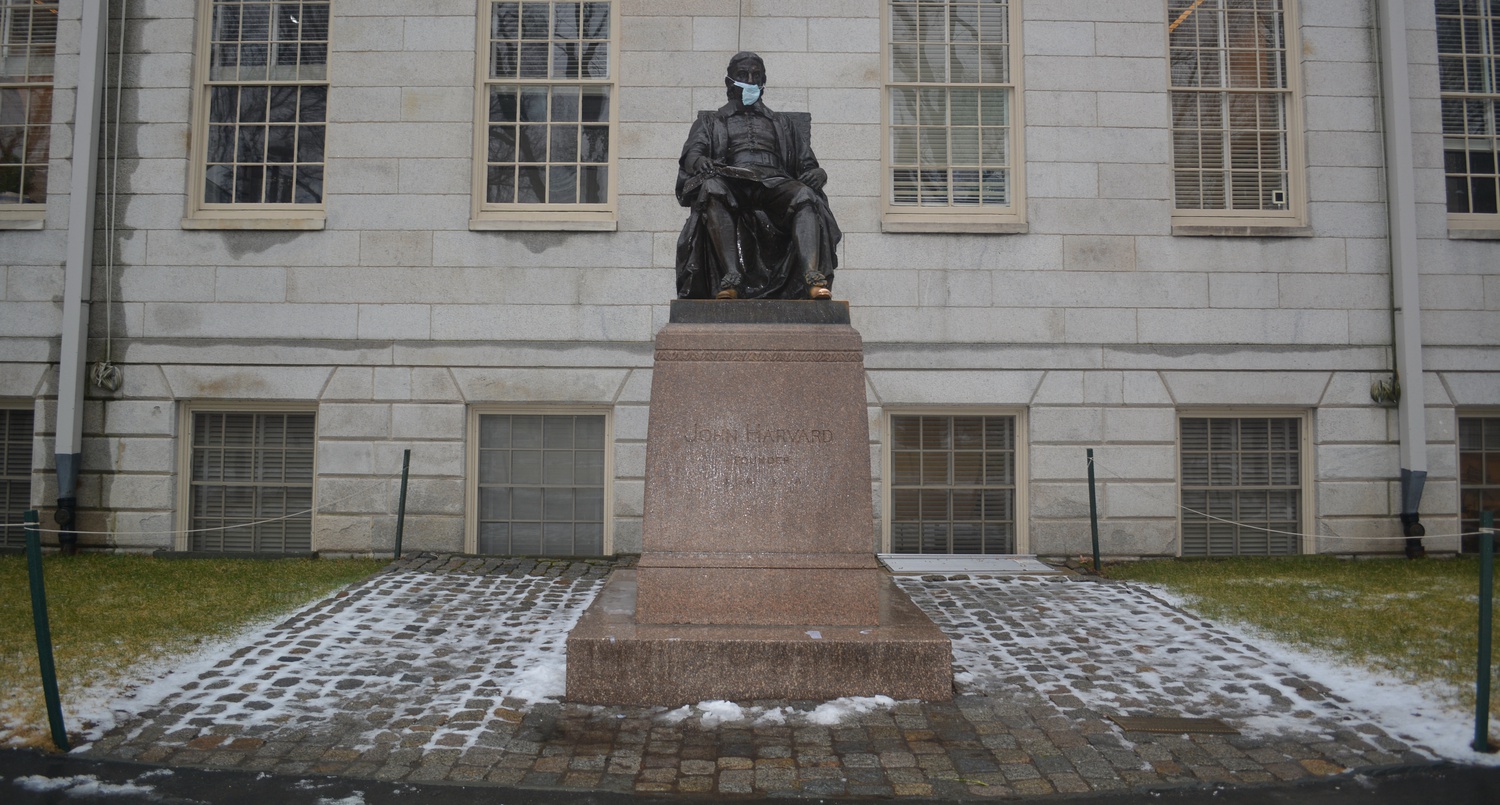 They say that history repeats itself; that we are all bound to trip twice (thrice even!) on the very same stone. Harvard might be about to make the same mistake for the third time, to the tune of nearly $25 million in stimulus funding.

A new round of pandemic relief payouts for colleges has arrived, which means another round of criticism sparked by the thought that Harvard might accept its allocated funds is likely around the corner.

The University has refused two Covid-19 stimulus checks: the first back in April, when attacks from several prominent conservatives and former President Donald Trump led the administration to decline almost $9 million in Congressionally-allocated funds, initially pledged entirely to augmenting student financial aid. In the next relief round last December, the University refused its allocated funding outright, losing out on another $7 million. Now, thanks to the recently passed “American Rescue Plan,” our institution may be eligible to receive another $25.5 million in not-yet materialized, yet hotly debated funding to be distributed according to this bill.

Except this time we shouldn’t turn it down. Harvard, just take the money.

Some will argue that Harvard, with its exceptionally well-endowed endowment, is hardly in need of money. These charges, while fair, have already been taken into consideration. President Joe Biden’s Rescue Plan, which has passed through Congress and already been signed into law, prioritized giving funding to schools with budgets under $1 million and those with a higher number of students on Pell Grants, among other factors. Under these constraints, Harvard still qualified to receive almost $25 million in aid. That’s just how the legislative process went — it’s not exactly like Harvard is stealing funds via a loophole.

So why now would we reject those funds if they could do significant good for our community?

It’s worth inspecting why this is a debate in the first place: Why has Harvard been the main focus of public scrutiny for considering accepting stimulus money in the past? It’s not as if there aren’t any more viable targets for public outcry. Universities that explicitly ban same-sex relationships have received funding through the past stimulus bills, as have for-profit (and often rampantly exploitative) educational programs. Should tax dollars really aid such institutions? No. Do they really have a better claim to federal funding than Harvard, despite its many flaws? Again, seemingly no. Yet when it comes to accepting a higher ed stimulus designated for it, Harvard finds itself, yet again, at the forefront of the political arena.

The University could again give in to a perhaps imminent public outcry against it receiving stimulus funds — or Harvard could put those funds to a worthwhile use. The latter seems clearly preferable.

We support Harvard, for once, taking the stimulus funding it's been allocated, though not unconditionally. The money needs to be used thoughtfully. That means, for one, complete transparency: Our community ought to know what Uncle Sam’s money is doing for us for the sake of good-governance and allowing informed debate on the matter. We also hope funding wouldn’t be allocated to ambitious new projects at a time when many of our own peers are struggling. We really don’t need any fancy new buildings. Similarly to how Harvard briefly committed 100 percent of the April stimulus to expanding financial aid to students amidst economic freefall, the University should make a clear, laudable commitment about where the stimulus will go.

We think the stimulus should go straight to students and employees, be it through expanded financial aid, increased support for first generation, low income students, generous travel assistance if necessary, or increased pay and job security for our deserving workers. That is, instead of refusing its allocated funds over faux populist, overdue concerns that Harvard is simply too wealthy, the University should direct the money it accepts towards members of our community in real need. After all, being a Harvard student or worker — custodian, graduate student, dining staff, or otherwise — doesn’t instantly save any affiliate from harsh economic conditions. Indeed, many students and workers have been open about the precarious economic position the past year has put them in. Many of our own have been hurt by the pandemic, and they deserve the best support Harvard can give them.

On a similar note, the administration must prioritize supporting “dreamers”: students enrolled in the Deferred Action on Childhood Arrival, or DACA, program. It is currently unclear whether students on DACA will be able to benefit from the government’s relief bill payout. Under Trump, they couldn’t. Harvard should use its lobbying prowess to push the Biden administration to ensure they can. Should the White House side against DACA recipients again, our university must step in to support them instead with its own funds to accommodate the government’s failure.

Our community isn’t a monolithic, ultra-wealthy whole in no need of assistance. For both workers and students, additional institutional help could prove radically beneficial. This makes stimulus funds well worthy of acceptance.