Biden, It’s Not Our Student Debt 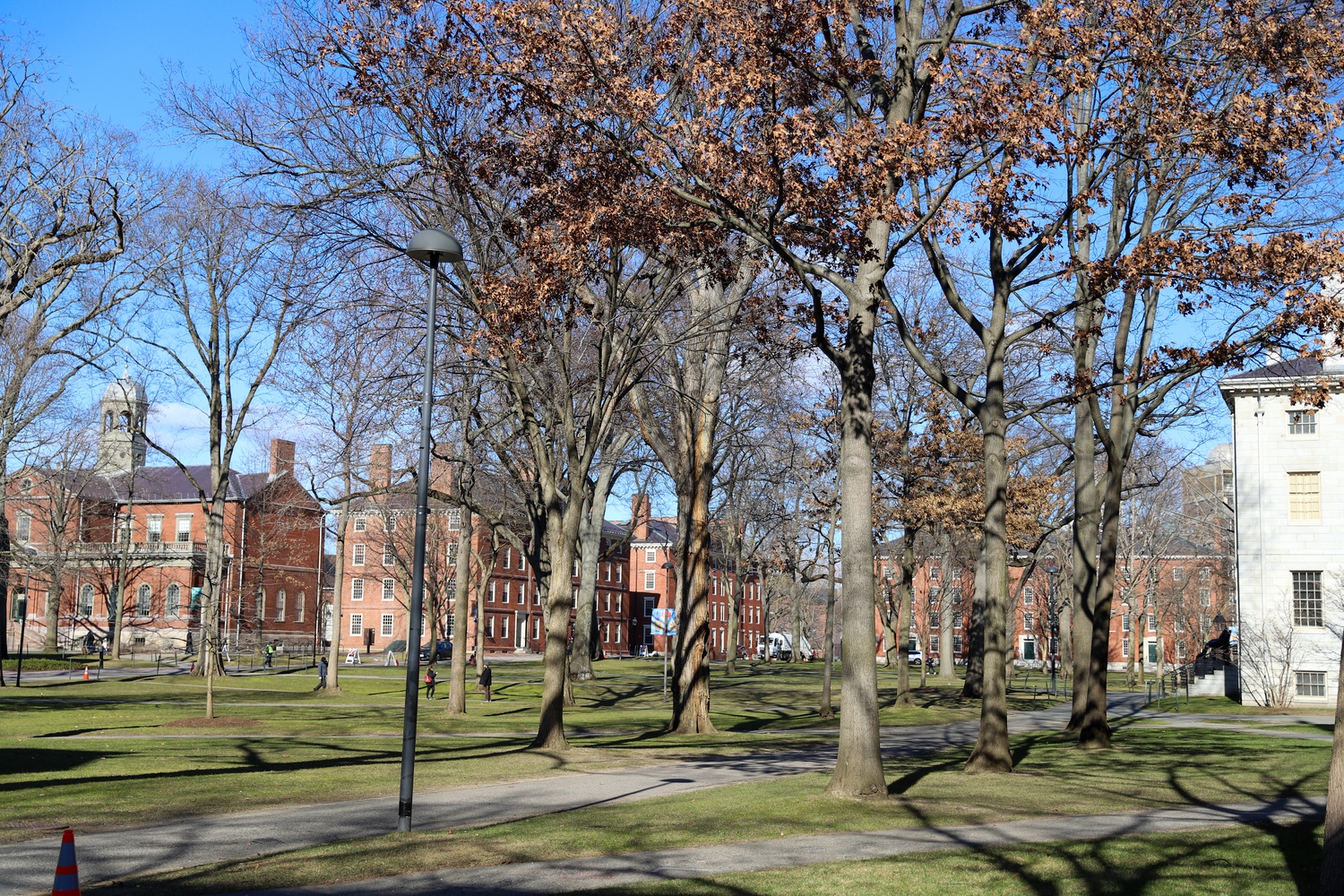 Last week, President Joe Biden cited Harvard as a reason not to forgive more than $10,000 of student debt. In a Feb. 16 CNN town hall, the President expressed his opposition to several Democrats’ push for up to $50,000 worth of debt relief, arguing that he would not “forgive the debt, the billions of dollars of debt, for people who have gone to Harvard and Yale and Penn.”

We find the President’s shoutout a bit misguided. According to the U.S. Department of Education’s college scorecards, only three percent of undergraduates at Harvard receive federal loans. Better yet, according to high education expert Mark Kantrowitz, only 0.3 percent of federal student borrowers attended Ivy League colleges. It’s not our student debt — but we still want Biden to forgive it.

To be clear, Biden must prioritize forgiving student debt, and should not feel beholden to his self-imposed $10,000 limit. He should not use the Ivy League and its handful of debt-accruing graduates as an excuse to water down his policies.

As we have previously opined, student loan forgiveness offers the rare opportunity to level the socioeconomic playing field, providing social mobility to those saddled with debt for no other reason than that their parents — like the average American citizen — could not afford tens of thousands of dollars in out of pocket expenses. There is also a non-negligible racial justice component to the proposed executive action: Black students are significantly more likely to rely on student loans than their white counterparts, and hence stand to gain more from broad federal relief. Further, focusing on dissecting those deemed worthy of loan forgiveness from the “undeserving” with a fine-tooth comb is frustratingly unproductive at a time when American students and graduates are suffocating under the weight of $1.7 trillion worth of debt.

We often see the Ivy League used as a political tool, usually in incorrect or misleading ways, to rally against progressive policies. Biden’s embrace of this trend is deeply disappointing. After all, he stuffed his Cabinet posts with affiliates of our institution.

Still, the truth is that America’s education gap cannot be eradicated solely by implementing student debt relief. In fact, forgiving student debt is hardly a panacea to the inequities in higher education, and might distract from a deeper, tougher question: What creates this massive debt in the first place?

The answer is simple: College tuition is stupidly expensive and rising too fast. No policy approach that fails to reckon with this basic fact will prove sufficiently transformative in the long run. That doesn’t mean student debt forgiveness isn’t worthwhile — public policy can prove incredibly life-changing to specific individuals while leaving the broader system intact — but rather, that it simply isn’t enough.

As Biden pointed out — while nodding to his alma mater, the University of Delaware, with his blue and yellow tie — the public-private university divide complicates the discussion of college tuition in the U.S. Forgiving student debt regardless of where that student attended ignores this divide, and we do not see this as an issue. Crippling student debt is crippling student debt, and the bills need to be paid regardless of how many tax dollars your university received. Out-of-state tuition at the University of Michigan is more expensive than tuition at Harvard. In many cases, stressing the divide is a moot point. Moving forward, however, both sides of the public-private binary must make themselves affordable. The federal and state governments need to step in to make public colleges and universities accessible without loans, and private schools must reduce tuition and bolster financial aid.

The Biden administration ought to agree to a generous student loan forgiveness program beyond any arbitrary boundaries. But even that won’t be enough. Simply allowing debt relief is treating the symptoms of a broken education system while ignoring their roots; it does not cure the disease, even if it temporarily limits its impact. The accumulating debt for students in higher education will continue to infect scholars in this country, unless the Biden administration recognizes that even the broadest loan forgiveness program is a short-term solution for a long-standing problem.