‘Cherry’ Review: A Wild Ride through Addiction, War, and Love 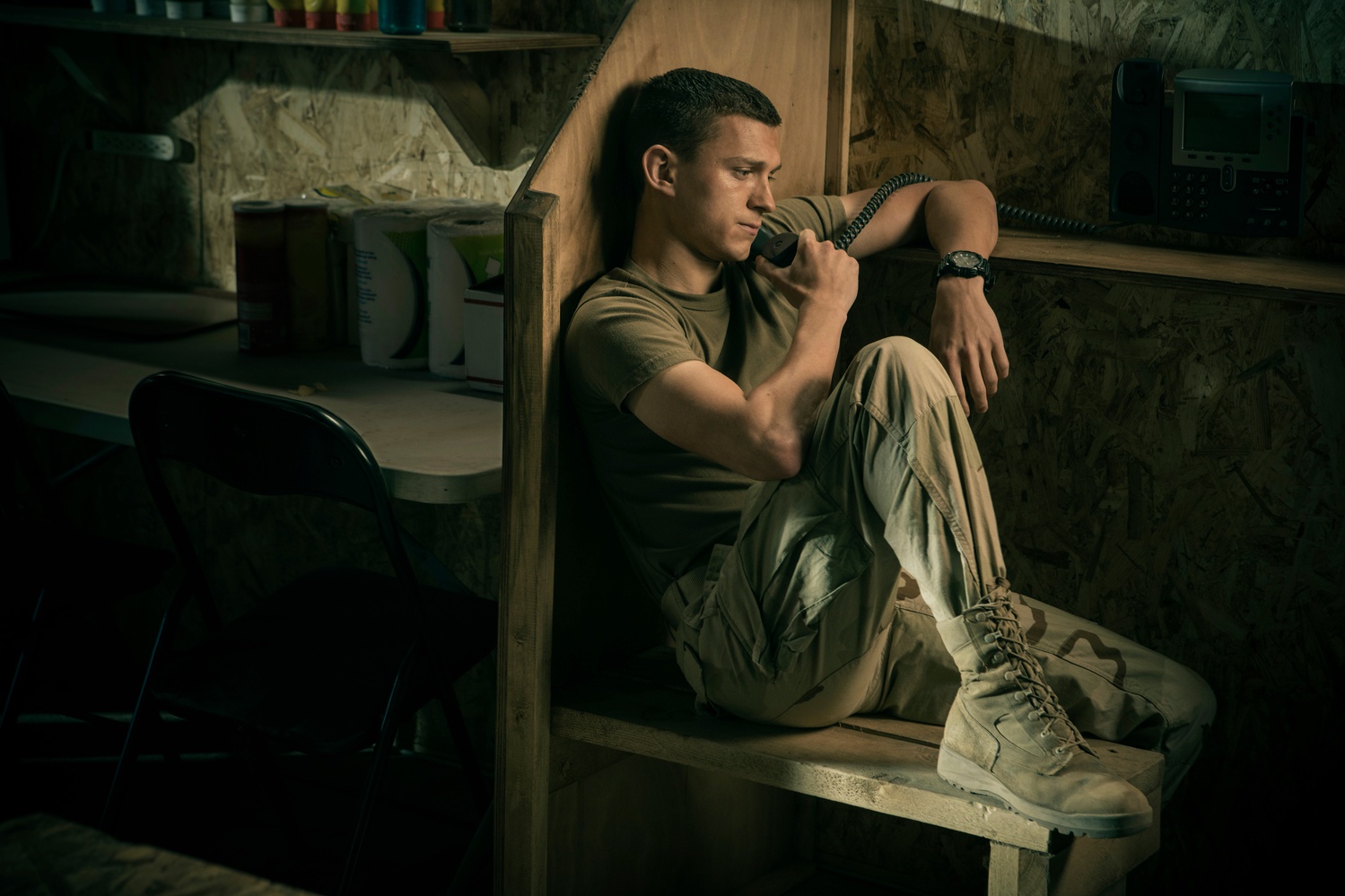 In “Cherry,” the Russo brothers’ recent directorial effort starring Tom Holland, the audience gets a glimpse into the life of a man plagued by feelings of predestination and caught deep in the throes of PTSD. We follow Tom Holland’s character — who is never given a real name and is credited only as Cherry — from his brief time at college, through a tour in Iraq, and then as he grapples with PTSD, addiction, and a life of crime. This film never shies away from the raw, messy parts of its protagonist’s life. Not for the faint of heart, “Cherry” is at times a grotesque psychological drama and at others a romanticized look at the struggles that may befall any person.

“Cherry” begins with what will come to be the end of the film: Cherry heading into another bold bank robbery. In the narration that begins the film, the main character admits as a 23-year-old adult that he doesn’t understand what motivates people to do what they do. In a world where he can’t quite make sense of anything, even his own existence, Cherry feels disenfranchised by and alienated from society. The voiceover, a brief glimpse straight into the psyche of an already struggling man, is an eloquent example of the yearning for purpose that the remainder of the film explores.

As one of seven sections of the movie, the prologue shows the main character, made haggard by addiction but somehow still cracking jokes, attempting to rob a bank. In cutaways, he jokes with the audience about how most bank tellers are ladies, so it’s important to be nice, and that the key to a good robbery is confidence because most tellers don’t care. At first, it would seem that “Cherry” might touch on some heavy subjects but skirt around them carefully. It quickly becomes clear that this is far from the case. The following two sections of the movie follow Holland as he meets his girlfriend Emily (Ciara Bravo) in college and subsequently joins the army after thinking she was breaking up with him. She ends up waiting for him those two years, only to reunite with a man scarred by war. The remainder of the movie follows them as they both spiral due to his PTSD and eventually fall into addiction, living hit to hit on heroin.

What helps to distinguish “Cherry” from other crime films is its two outstanding directors: The brothers Joe and Anthony Russo. These men are most notably known for their wild success with the Marvel Cinematic Universe, having directed a plethora of “Captain America” and “Avengers” movies. However, they have also found a modicum of success with more straightforward thrillers like Netflix’s “Extraction” and “21 Bridges”. Having often cast actors they’re familiar with from the MCU — Chris Hemsworth in “Extraction” and Chadwick Boseman in “21 Bridges” — the choice of Spiderman's actor Tom Holland as the lead in “Cherry” is unsurprising. Breaking out from his usual good-guy role, Holland adds a surprising amount of depth to his character with incredibly intimate acting. From his scenes in the classroom to those on the battlefield as an Army medic, Holland’s charisma shines brightly through the screen. It’s hard to watch this film and not sympathize with his heartbreaking tale.

At its core, “Cherry” is truly a story of addiction — opioid addiction — in Cleveland, where the Russo brothers make it clear that it’s a serious issue. When Xanax no longer helps Cherry with his mental and physical anguish, a doctor prescribes him oxycontin. As Cherry continues to unravel due to his untreated PTSD and Emily succumbs to the chaos of their situation, they both fall into addiction. Cherry quickly loses his money, and he and Emily turn to heroin.

In a horrifyingly accurate portrayal of how this type of addiction unfolds, “Cherry” fails to provide a meaningful solution for either character. Emily, after a close call with death during an overdose, attends rehab; but as soon as she leaves, she immediately craves another high. Cherry ultimately only finds solace by turning himself in after his last heist. It takes 20 years in jail, convulsing on the ground while throwing up blood, and a consistent clean environment to finally break the bonds of addiction. There’s no further message about how to meaningfully escape the bonds of addiction without falling into a flawed criminal justice system.

Throughout “Cherry,” the cinematography stands out as a carefully-crafted way to elucidate the characters’ wide range of emotions. The use of a fish-eye lens to distort the sense of reality when Cherry first gets high on oxytocin leads to the continued sense of distortion throughout the rest of the film; it establishes the disconcerting mood during the subsequent heroin scenes. During the film’s last third as Emily and Cherry struggle with their addiction, the cinematography is notably less agile, artistic, and engaging. Purposefully, the movie focuses all of its energy on these raw, intense scenes, as the couple shoots up and struggles to simply exist.

As a drama, “Cherry” easily engrosses its audience and makes its two-hour-plus runtime fly by. Although lacking a deeper meaning at times, the film does shed light on the silent pandemic that has been ravaging much of the United States for decades. Tom Holland excels in the titular role and has clearly made bounds as a rising Hollywood star, just as capable of donning the superhero mask as taking on any other role that may open up for him.