Resilience and Equity in Digital Dance 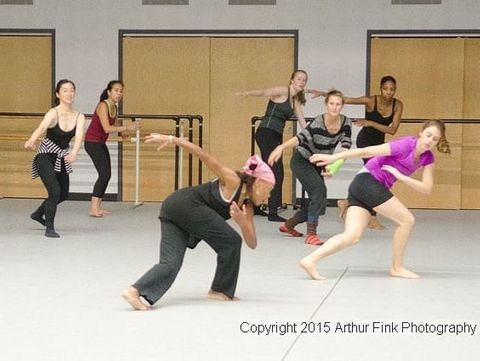 The Harvard Dance Center’s mission is to advance dance education in the Harvard arts community through equity, dignity, and transformation for all, and on March 18, it launched a series of artist-centered, artist-driven, and artist-led dialogues. The series explores how artistry, identity, and advocacy continue to intersect during such turbulent times. The first event was facilitated by the Center’s long-time dance educator and performer Nailah Randall-Bellinger. Other panelists included Joh Camara, Sunanda Narayanan, and Laura Rodriguez, who helped lead the event of over 60 people, sharing their perspectives and relating to each other’s insights on a new kind of online dance world. While the event was mainly focused on creating a conversation about the obstacles of navigating dance via Zoom, the underlying theme of the event also highlighted instructors’ and dancers’ efforts toward accessibility. The panelists also discussed how they have managed to teach and perform as the number of stages they work with has multiplied across the Internet, and how to approach racial equity in art through a digital lens.

At the beginning of the event, Jill Johnson, Director of the Dance Center, welcomed everyone and began by acknowledging the accessibility services and giving a land acknowledgment to those whose traditional lands she was on. Such remarks from the Center’s director set the tone for an event centered around respect, inclusivity, and appreciation of art.

The event raised several questions regarding artistry and maintaining resilience not just through the complications of Zoom but through the bounds of racial identity. The speakers asked: “In dissonant times, how can the emergent power of artists and their work help repair, heal, and inspire through multiple pandemics and into wider futures of equity, dignity, transformation for the arts, education, cities, and beyond?” This question sparked a broader discussion about the responsibility choreographers and artists have to convey certain messages that pertain to real-life-phenomenons to their audience; both the panelists and attending members had much to say in response.

Panelist Sunanda Narayanan is a South-Indian Classical dance instructor who has been with the center for five years and teaches a complex, ancient form of dance called “Bharatanatyam.” She described her transition from teaching dance in a live classroom to on Zoom as frightening at first, as dance had only been familiar in a physical sense, and she believed the space in which artists could evoke emotions had contracted. However, she went on to describe how quickly she and her students were able to adapt and create within the new realm they were in, using what was available to them. “It is useful having the ability to share a video and say ‘look at how we can interpret this dance from this youtube video.’ Suddenly, everything is a button away,” she said. She now appreciates the digital aspects of dancing, saying that they “spoil” her, and that she hopes to incorporate the advantages into future in-person learning.

Head facilitator Nailah Randall-Bellinger talked about the two pieces she choreographed that were displayed at the event, as well as her experience transitioning to choreographing over Zoom. Her first Piece “ #shesstillbreathing” was choreographed in person outdoors in the woods, with every participating dancer in a mask. “In the same way that Breonna Taylor was killed while she was sleeping, Black women are not seen as being a part of the human condition,” she said in speaking to the message behind the piece. “They don’t see our image, our beauty, our efforts, leading black women to self-loathe,” she said. In her second piece “Women’sWork,” which was, conversely, done through Zoom with four dancers, Nailah hoped to get a similar point across. “The piece was about how Black women, from day one, have been burdened by the job of having to constantly hold everyone up, whether that be socially, politically, or emotionally,” she said. “Women’s Work,” on a very dynamic level, portrayed the burden that Black women bear in always having to contemplate their next decision for the benefit of those around them.

If there was one takeaway that Randall-Bellinger left the audience with, it was that dance is, and will always be, relevant and necessary. “Artists are going to create regardless. Instead of shutting down because of the pandemic, nope, we now have to dance with the pandemic,” she concluded. No matter the obstacle or limitations, artists will produce art given whatever materials are graspable within a given time and space, so long as the experience they express in their art remains true. As the pandemic has forced us all to work outside of our comfort zones, artists are embracing the challenge of expanding inclusivity –– working within new barriers to break down others. As the Harvard Dance Center event emphasized, one of the biggest challenges of transitioning onto Zoom-dance has been discovering new ways to account for everyone’s varying abilities outside of the in-person studio. Yet, it soon became doable and is now the foundation of a new kind of digital art, as the panelists highlighted. This new online style pushes people beyond their usual experience of art by depicting the urgency of addressing artistic equity, and its unique advantages will forever have an impact on the dance world.

The next talks in the series will occur on Thursday, April 1st, and Friday, April 16th from 4 p.m. to 5 p.m., and will be facilitated by other Dance Center teaching-artists such as Tarikh Campbell, as well as Director Johnson.