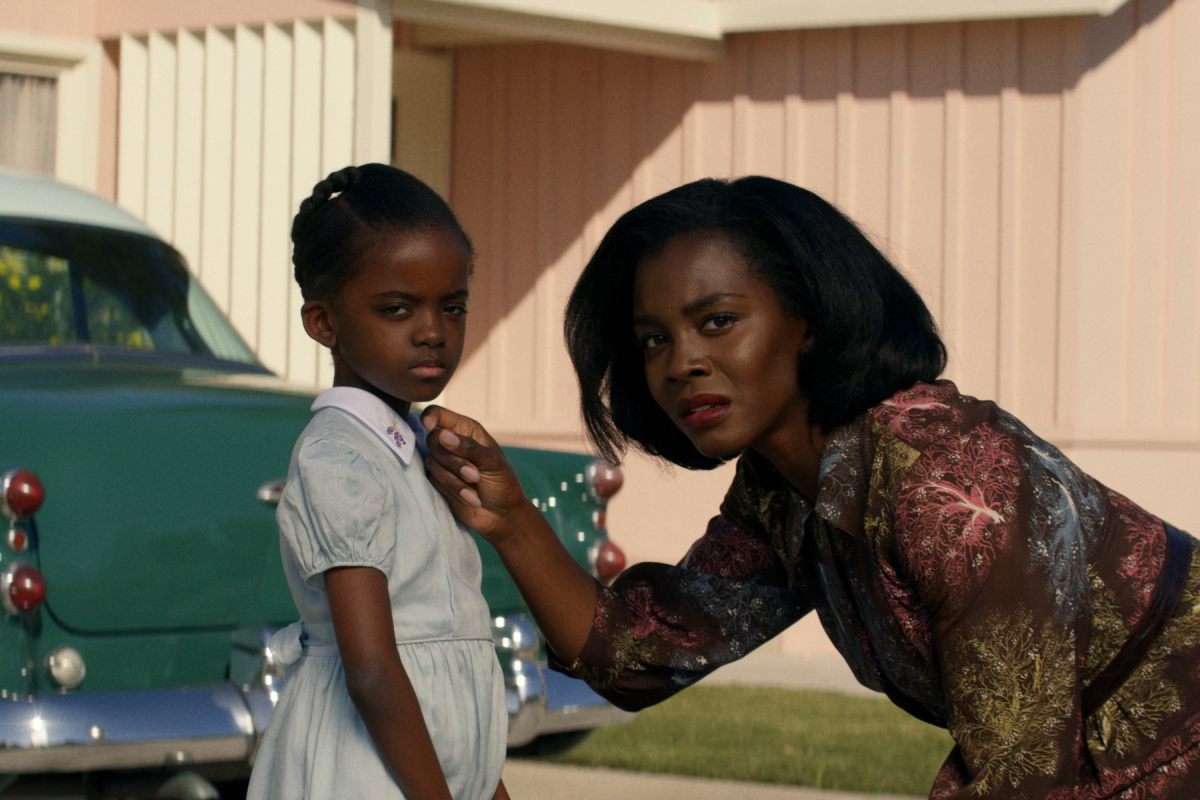 On April 9, Amazon Studios premiered the first season of its new horror anthology series, “Them.” Created by Little Marvin and executively produced by Lena Waithe, “Them” explores terror in America, with the first season focusing on anti-Black racism and violence. With its unyielding, never-ending depictions of racist violence and flat storytelling, “Them” is nothing more than an attempt to profit off of Black trauma in a post-”Summer of Racial Reckoning,” politically-charged, and socially-aware world.

“Them” tells the story of the Emory family, a Black family of four that moves from their small town in North Carolina to East Compton, California — an all-white neighborhood — during the Great Migration. The show documents the family’s first ten days in their new home as they face violently racist neighbors attempting to drive the Emorys out. Meanwhile, each member of the family is plagued by their own demons: matriarch Lucky (Deborah Ayorinde) by the memories of the violent attack that spurred the family’s move, father Henry (Ashley Thomas) by his guilt for not protecting his wife, eldest daughter Ruby Lee (Shahadi Wright Joseph) by her anxieties of being like her mother, and youngest daughter Gracie Lee (Melody Hurd) by her fear of her mother.

The one star that “Them” earns is in recognition of the actors featured in the show. While it is questionable why anybody would agree to play a role in this series, everyone who did works with the material remarkably well. The most standout performances come from Shahidi Wright Joseph (who also notably starred in Jordan Peele’s “Us” (2019)) and Melody Hurd, who are 15 and 9 years old, respectively. Despite being too young to even watch this TV-MA series, Joseph and Hurd are exceptional at their craft and believably portray the fear, sorrow, and, at times, violence that their characters feel and act out as they fight their demons, both supernatural and human.

Likewise, Deborah Ayorinde and Ashley Thomas not only share palpable chemistry as Lucky and Henry, but also bring much needed nuance to their characters. Both actors expertly depict the highs and lows of their characters as they both grapple with PTSD, trauma, and unbridled Black rage. Alison Pill also stands out in her role as Betty Wendell, the primary antagonist who makes it her life’s work to make the Emorys as miserable as possible. Pill’s ability to embody true, unrepressed hatred and play an unhinged, racist white woman is scarily believable.

Unfortunately, no amount of exceptional acting can save this show. What makes “Them” so unbearable in comparison to works that juggle similar topics, such as Jordan Peele’s “Get Out” (2017) or HBO’s “Lovecraft Country,” is the lack of nuance. “Them” is unnecessarily cruel and uncaring in its depictions of Black trauma, racialized violence, and gendered violence. Anti-Black violence is followed by sexual violence (or, at times, both occur simultaneuously), which is followed by more anti-Black violence. There are no neutral moments and definitely none of joy for the Emorys at any point in the show. The same goes for their white neighbors as well. The white characters’ lives revolve around being violently racist and the Black characters’ lives revolve around avoiding the white characters’ violence. Much like the Emory family, viewers are given no time to breathe during “Them,” as every second of every scene is designed to leave its characters and audiences on edge.

The depravity of “Them” is most acute in the show’s fifth episode. Entitled “Covenant I,” this episode brings viewers back in time to when the Emorys still lived in North Carolina, revealing the incident that spurred the family’s move to California. While home alone with her baby son, Chester, Lucky is visited by an unnamed white woman who — after singing a racist tune called “Old Black Joe” — asks Lucky to give over her son. When Lucky refuses, the white woman and three white men break into the house. What follows is deplorable to say the least. For thirty minutes, viewers are subjected to graphic scenes of Lucky being raped by one of the men as her baby son is put into a bag and thrown around by the other white folks until he is ultimately killed. There is no plot point, storyline, lesson, or moral that “Them” attempts to get across to viewers that can justify such a gruesome depiction of a Black woman’s rape and a Black baby’s murder.

The lack of care that “Them” shows in its depictions of anti-Black violence begs the question: Who is this show for?

Is it for Black audiences so that they can feel represented by the media? If so, why make it so traumatizing for us that many of us cannot bear to watch it?

Is it for non-Black audiences to sympathize with Black people and our history? For non-Black allies who watch the show to pat themselves on the back for not being as violently racist as the characters in the show while not actually grappling with the ways in which they uphold and benefit from systemic racism? The unflinching, gruesome nature of “Them” seems like it would only truly appeal to one audience: white supremacists who get to watch their racist dreams unfold on their TV screens.

It can be argued that “Them” is an accurate portrayal of the violent racism that Black Americans have faced for centuries, and still do today. But at a time when we can put on the news and see the trial of Derek Chauvin for the murder of George Floyd unfold or watch 20-year-old Duante Wright be shot by a white cop during a traffic stop, do we not have enough representations of Black trauma on our screens? At what point does creating a show like “Them” become less about depicting the truth of what we as Black people go through every day and more about profiting off of our trauma?

— Staff Writer Annie Harrigan can be reached at annie.harrigan@thecrimson.com