‘Shy Away’ Review: Twenty One Pilots Break From Their Traditions in a Bold Way 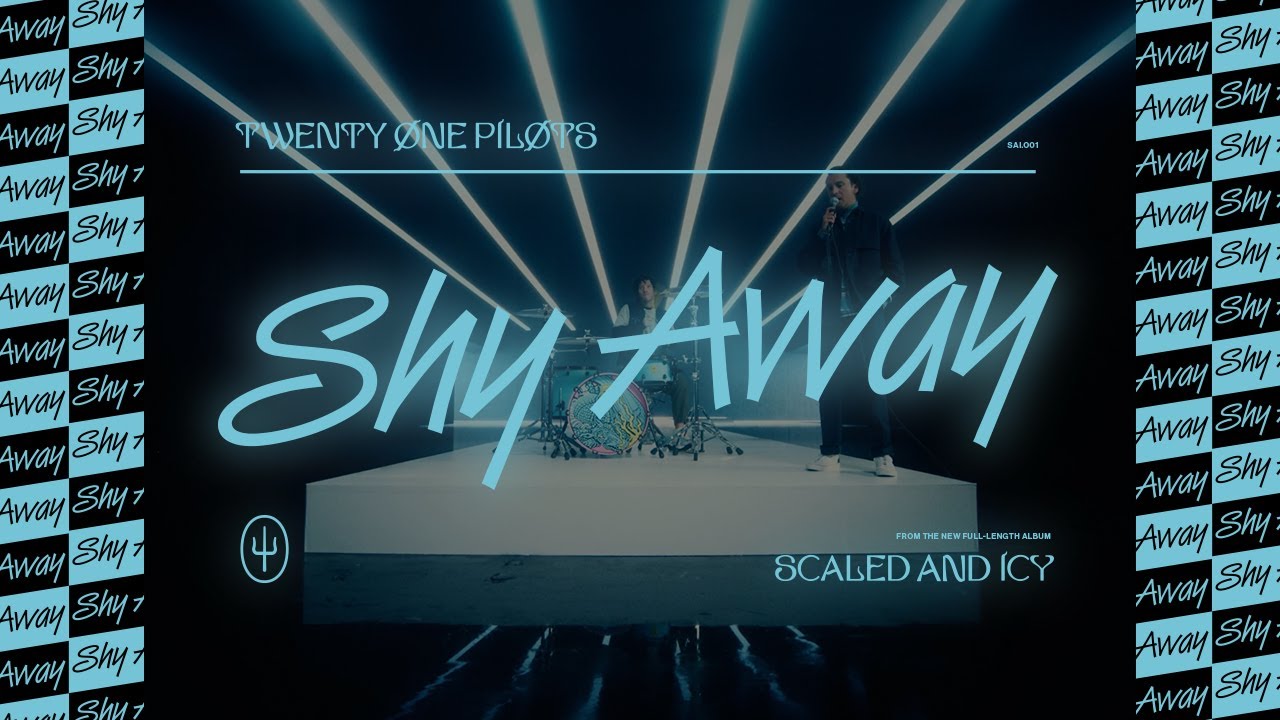 Twenty One Pilots released their newest single, “Shy Away,” on April 7, after almost a year of no releases. Released to build excitement for their upcoming sixth studio album, “Scaled and Icy,” the song takes bold steps. Possibly indicating a slightly new direction for the group, “Shy Away” acts as a litmus test for the band as they wade into new waters with a more upbeat, electronic pop style.

Immediately, the single comes off as unlike any of the band’s previous work. While leaning into the synth-pop and electronic-funk side of their combined musical history, the duo builds a sense of on-the-spot anticipation for all the upcoming releases. While still recognizing their roots as a group that pulls from almost every mainstream genre — rap, hip-hop, rock, pop, electronica, indie, and funk — they capitalize on their talents as indie-pop and electronic artists.

With its upbeat start, “Shy Away” grabs the listener’s attention right away — much like they do with some of their other critically acclaimed singles like “Tear in my Heart” and “Ride.” The track deviates from the norms of Twenty One Pilots’ more moody and emotionally heavy pieces, like “Goner” and “Truce.” However, even with the more optimistic sounds, there is still the tinge of something deeper happening just under the beat.

Like many songs from their 2015 album “Blurryface,” “Shy Away” uses a synth-heavy, EDM style to create a distinct mood for the listener. The single lacks the intimate bridge that “Tear in my Heart” has, but both songs are emotionally engaging as they touch on the intimacy of relationships. According to an interview with BBC Radio 1, Tyler Joseph, the band’s frontman, wants “Shy Away” to be a life lesson for his younger brother — who is often referenced in the group's music.

One little homage to the band’s past pops up in the last repetition of the chorus. In many older Twenty One Pilots songs, there are sections where Joseph sings in a screamo style for an intense, pure emotional release. Though this song doesn’t quite lean into the variety of genres like many of their other songs might, the last chorus starts with the slightest scream of the lyrics. This little bit of fan service, although almost purely inconsequential because it’s so subtle, shows the artist’s commitment to its long-time fans.

“Shy Away” does lack some of Twenty One Pilots well-known style. While presenting an opportunity for the band to branch out, it may very well be a turn down the wrong path. What has made the band’s work so memorable is their use of thrilling music to present intimate reflections on the hardships of life. “Shy Away,” while still being catchy and enjoyable, doesn’t do the same as songs like “Stressed Out” for the group. In many ways, it’s a less distinct track unlike those that fans have come to love from Twenty One Pilots.

“Shy Away,” despite diverging from many of the other Twenty One Pilots singles, exhibits the range of a band that has clearly shown they’re capable of creating hits in almost any genre. With “Scaled and Icy” being set to release on May 21, “Shy Away” is an interesting taste of what we can expect from Twenty One Pilots this year. Let’s hope that the album doesn't deviate too far from what fans love about this incredible group.