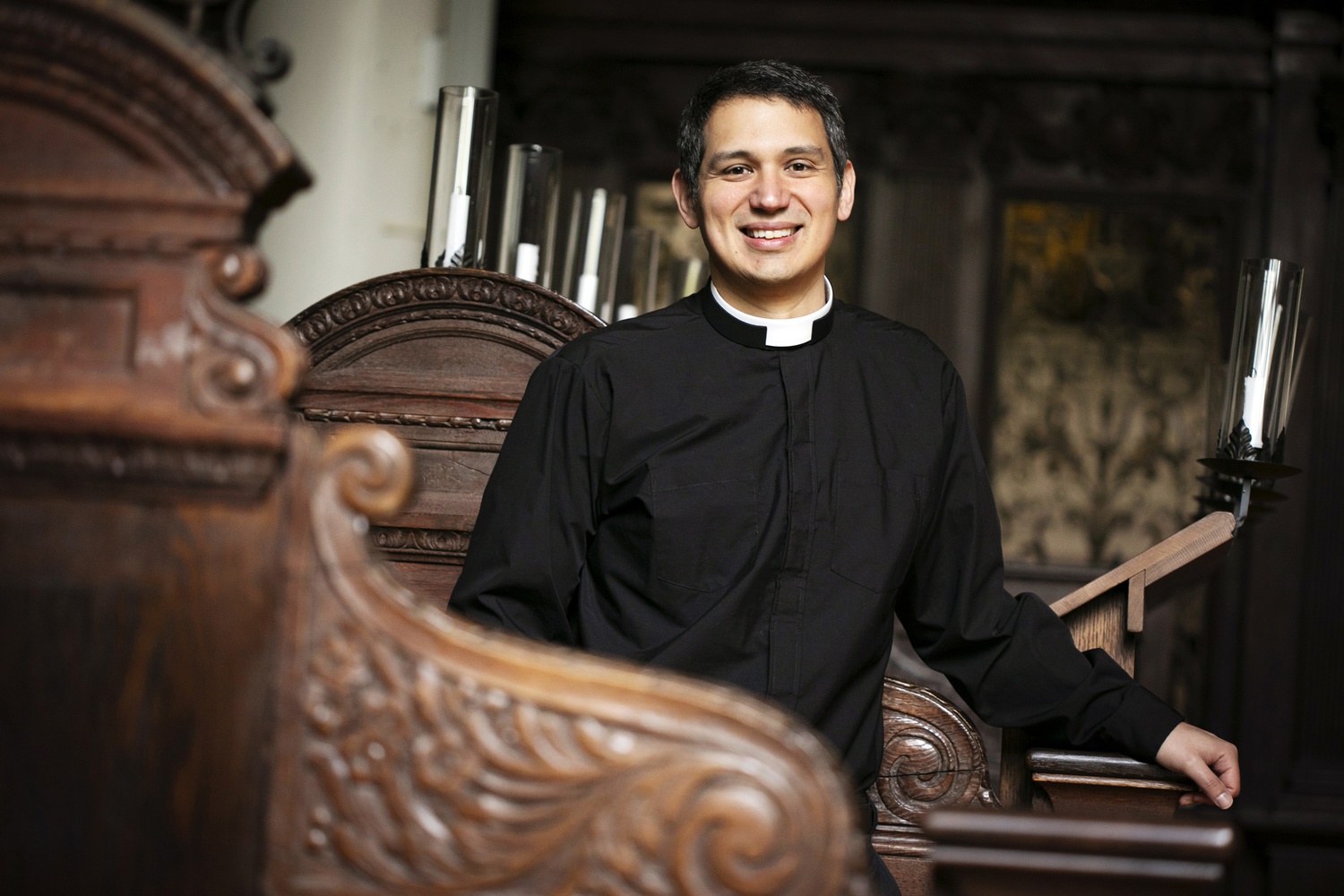 Matthew Ichihashi Potts will serve as the next Pusey Minister in the Memorial Church and Plummer Professor of Christian Morals beginning July 1. By Courtesy of Stephanie Mitchell/Harvard University
By Isabella B. Cho, Crimson Staff Writer

Matthew Ichihashi Potts will serve as the next Pusey Minister in the Memorial Church and Plummer Professor of Christian Morals beginning July 1, University President Lawrence S. Bacow announced in an email to Harvard affiliates last Friday.

Potts, who received both his Master of Divinity and Ph.D. in the Study of Religion from Harvard, currently serves as an associate professor at the Harvard Divinity School and an affiliated minister at Memorial Church.

“Matt is a gifted preacher who brings to the pulpit a deep appreciation and understanding of texts rooted in his own acclaimed academic work at the intersection of religion and literature,” he wrote. “His incisive research and scholarly achievements are complemented by an extraordinary devotion to teaching.”

Stephanie A. Paulsell, a Divinity School professor who served as the interim minister during the two-year search, said she is confident in Potts’ ability to lead University affiliates and residents of the greater Boston area in fostering spiritual dialogue and fellowship at the Memorial Church.

“He just has a way of inviting people into these very deep human questions that I think will work really well with the Memorial Church, which is really an intergenerational community that’s made up of students and faculty and staff, and a lot of people who live in the neighborhood,” Paulsell said.

A colleague of Potts’ since 2013, Paulsell served as a member of the Search Advisory Committee for the new Pusey Minister in the Memorial Church and the Plummer Professor of Christian Morals, which was chaired by Bacow. Originally anticipated to last a year, the committee extended into 2021 due to challenges brought on by the Covid-19 pandemic, according to Paulsell. The committee voted unanimously to appoint Potts.

Potts, whose mother is of Japanese descent, is the first Asian American to assume the position of Pusey Minister in the Memorial Church. He said in an interview that growing up in a family of both Christians and Buddhists allowed him to cultivate an appreciation for spiritual diversity, a quality he hopes to continue fostering in his new position.

“The unique position that Memorial Church has at Harvard affords us the opportunity to be part of inter-religious conversations, and to participate in diverse kinds of programming that is rare even among university churches,” he said.

Paulsell said the accessible, collaborative nature of the Memorial Church places Potts in a unique position to bring a diverse set of people together in spiritual conversation.

“Memorial Church is one of the most open places in the University — you don’t have to have an ID to get in there,” she said. “It’s a really interesting place, a really interesting mix of people who are really eager to listen to each other and to learn from each other and to ask searching questions together. And I think he’ll be just wonderful in that part of the job.”

Potts said he is proud to serve as the first Asian American minister in Memorial Church, particularly given the recent rise in anti-Asian violence.

“I’m proud that there’s a Japanese name, Ichihashi, attached to this position,” he said. “I’m proud that, in this particular moment, I get to carry that identity with me, as complicated as it is, into this new role where thinking about diversity, thinking about inclusion, is part of the mission of the place.”

The Plummer Professorship of Christian Morals and the position of the Pusey Minister in the Memorial Church were established in 1854 and 1997, respectively. Potts succeeds Jonathan L. Walton in both positions, following Walton’s departure to serve as the dean of Wake Forest University School of Divinity in 2019.