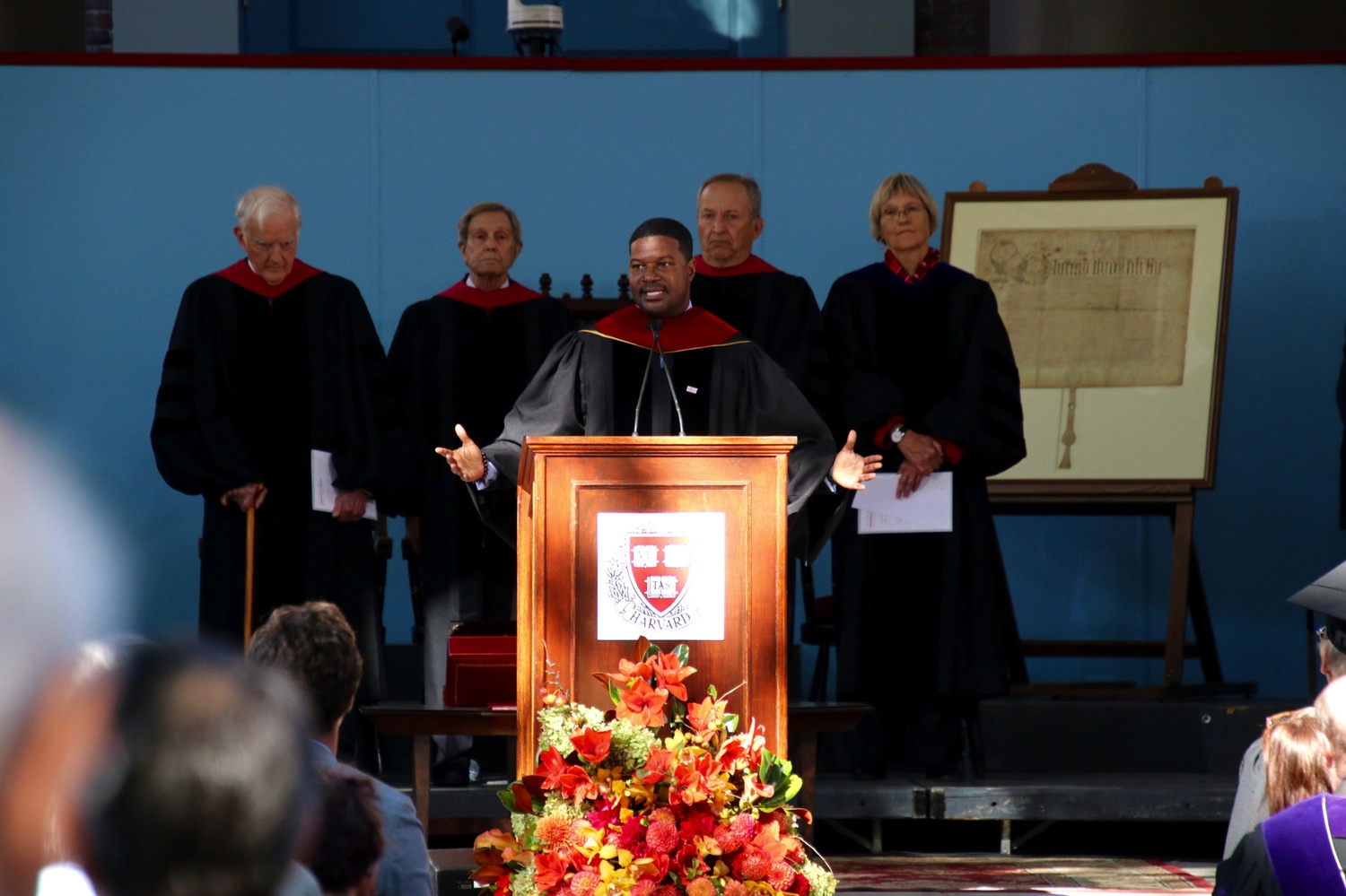 Jonathan L. Walton, the Minister of Memorial Church and a professor at Harvard Divinity School, will leave the University at the end of this academic year to serve as the next dean of Wake Forest University School of Divinity, Walton announced Sunday.

Walton has spent nine years at Harvard and seven as minister. Prior to Harvard, Walton worked at Princeton University and University of California, Riverside.

During his time at Harvard, Walton occupied a number of roles. In addition to teaching and holding his Memorial Church post, Walton serves on the Administrative Board of the Graduate School of Arts and Sciences, the General Education Committee of the Faculty of Arts and Sciences, the Faculty Committee on Athletics, and the University Task Force on Diversity, Inclusion, and Belonging. He also chaired the Harvard College Working Group on Diversity, Inclusion, and Belonging under former University President Drew G. Faust.

Walton has also frequently spoken out for social justice on campus. In September 2017, Walton was among a group of Harvard professors arrested during a protest against President Donald Trump’s decision to rescind protections for undocumented individuals brought to the United States as children. He also designated Memorial Church a “sanctuary” space for Harvard affiliates who are undocumented after Trump’s election in December 2016 and demanded gun control reform during morning prayers.

Walton wrote in an emailed statement that he looks forward to working with students who care about social justice on Wake Forest’s campus. Walton wrote that its graduates are on the “front lines” of social justice efforts throughout the country and particularly in the South.

“We know that in diverse southern cities and multiethnic rural communities, the language of social justice is not just an academic exercise,” Walton wrote. “It is life or death for clergy and activists on the front lines fighting against racial and religious bigotry, sexism, homophobia, and economic inequality.”

Walton leaves behind a legacy of physical changes at Harvard, in addition to his contributions to the prayer community.

While Walton was at its helm, Memorial Church underwent renovations in 2016 that transformed the basement into a “student oasis” space open to Harvard students and organizations.

For every home Harvard football game, Professor Walton hosted a tailgate on the front lawn of his house in Cambridge where he purposefully invited student groups that would never have interacted with each other otherwise, according to Schafer.

“It was an incredible experience of seeing how someone with so much influence was able to open up his home and the resources that he had to the community and create a welcoming space,” Schafer said.

A previous version of this article misspelled Benjamin Schafer's name.