Some Harvard Students Partied the Pandemic Away. Their Peers Aren’t Forgetting.

Some students, determined to end a fraught school year on a note of normalcy, defied Harvard’s Covid-19 rules this past semester in the name of fun — and to the chagrin of some of their classmates.
By Alex M. Koller and Taylor C. Peterman 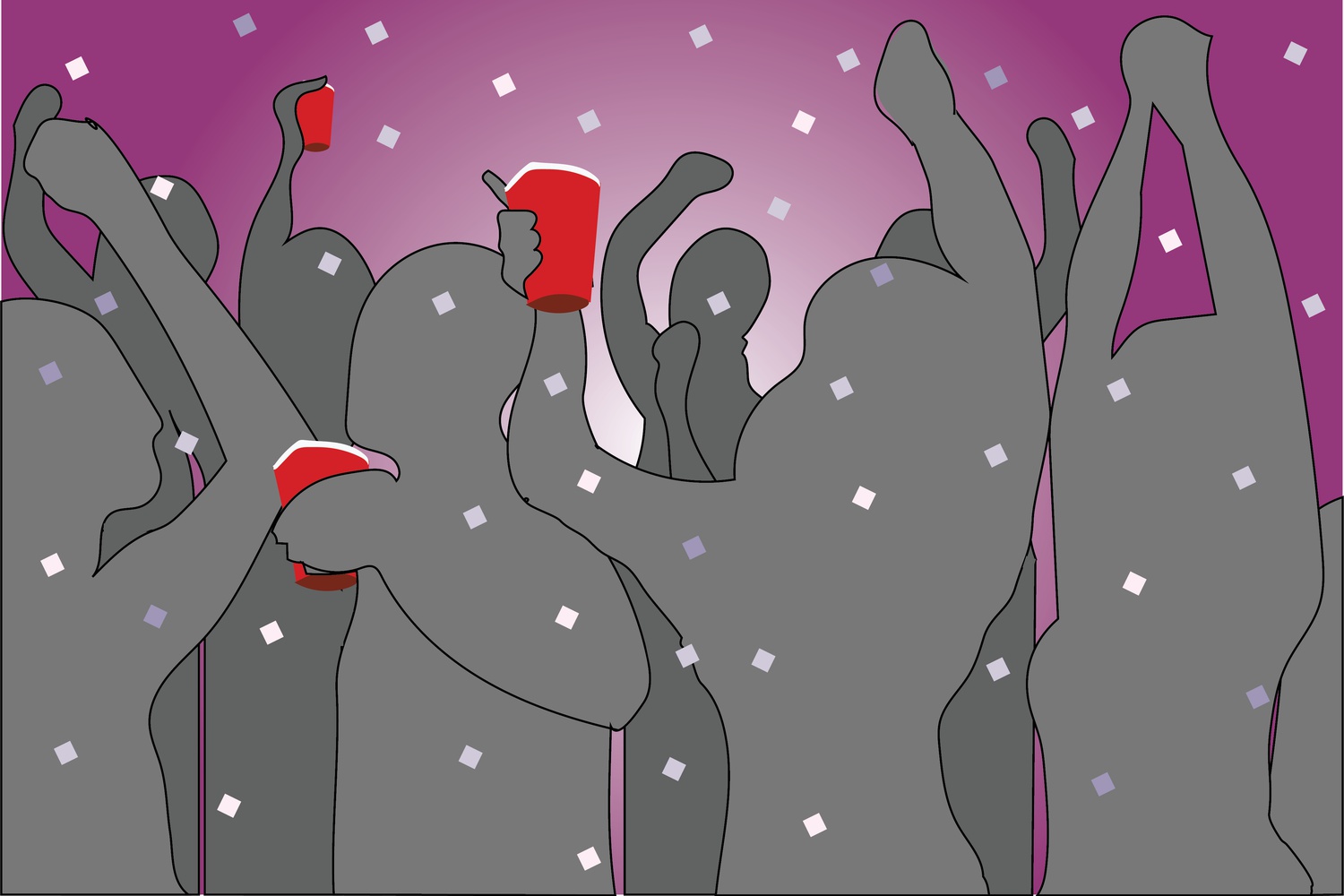 Some students, determined to end a fraught school year on a note of normalcy, defied Harvard's Covid-19 rules this past semester in the name of fun — and to the chagrin of some of their classmates. By Ashley R. Masci

A boat blowout in Boston Harbor. A clubhouse bash in Harvard Square. An orchard fête in northern Massachusetts.

Some students, determined to end a fraught school year on a note of normalcy, defied Harvard’s Covid-19 rules this past semester in the name of fun — and to the chagrin of some of their classmates.

Concerned by a spike in Covid-19 cases among undergraduates living on and near campus this spring, University administrators have urged students to continue observing public health practices and avoiding gatherings.

“Here in Cambridge and near campus, we see some worrisome trends in the number of positive cases, especially among students living together off-campus,” Dean of Students Katherine G. O’Dair and Harvard University Health Services Director Giang T. Nguyen wrote in an April 16 email. “It is spring, the weather is warming up, and we know that you want to gather with each other; please do this safely, using sound public health practices to avoid risks to you, your friends, and other community members.”

Harvard’s residential guidelines during the pandemic are outlined in a “community compact,” which on-campus undergraduates — mostly juniors and seniors this past spring — were required to sign. By signing the compact, students pledged to adhere to University Covid-19 guidelines, which prohibit large gatherings and mandate mask-wearing, among other provisions.

Harvard also introduced a color-coded system this past semester to indicate different phases of campus reopening and restricted on-campus students from traveling more than 10 miles off campus.

While many students in the Cambridge area socialized cautiously this spring, others flouted Harvard’s compact at crowded parties — at times maskless and indoors. Since February, the Harvard University Police Department has responded to at least 17 reports of loud parties, according to HUPD’s public log.

On May 13, the U.S. Centers for Disease Control and Prevention updated its Covid-19 guidelines to lift mask and social distancing mandates for vaccinated individuals in nearly all settings. Even before then, though, many Harvard students forwent masks and social distancing throughout the semester to gather at final clubs, off-campus apartments, and lavish celebrations.

Those escapades, heavily documented in photos and videos circulated on social media and obtained by The Crimson, became a flashpoint of campus debate over how Harvard students should balance socializing with a responsibility to their community.

Samyra C. Miller ’21, whose Instagram account became a prominent platform for College news and discourse over the last year, frequently criticized student partygoers and shared images of their gatherings to her audience of more than 5,000 followers.

“It’s one thing to go to the parties, gatherings, or whatever — it’s another thing to post about it,” Miller said in an interview. “You just don’t care. You have no shame.”

During a typical year, the end of the spring semester leads into Senior Week — a weeklong celebration building up to Commencement.

But the Class of 2021’s final semester has looked markedly different due to Covid-19. Seniors vacated campus dorms before Senior Week and will graduate virtually, as the Class of 2020 did last year. To safely socialize this spring, some seniors said they restricted the number of people and settings in which they met.

“I was never in a room with more than three other people for the entirety of the semester,” Claman said. “If I was hanging out with somebody else, it was just one other person at a time.”

Sonya Kalara ’21, who has lived with friends off campus since the fall, said navigating socializing this spring “got a little more complicated” because Harvard invited more students to campus.

“I got to really dictate what I was comfortable with from a Covid perspective and pretty much until this point has been entirely outdoors,” they said. “Even when it was raining I’d hang out with people outdoors and get Ubers back and forth between places.”

“It has been difficult because a lot of my friends are about as Covid-safe as I am,” Kalara added.

Wilfried K. Zibell ’21, who said he has refrained from socializing in groups in adherence to health guidelines, said the pandemic has eroded his relationships with “casual acquaintances.”

“Except very recently, there have only really been individual hangs,” he said. “There are a great deal of people that I know in a group setting that I have not really interacted with ever individually.”

Viral Parties During a Viral Crisis

Though many students strictly adhered to Covid-19 guidelines, others were resolved to enjoy a traditional college semester of partying.

The first large gatherings violating Harvard guidelines Miller witnessed this spring occurred during River Run, an annual tradition many freshmen participate in the night before they receive their upperclassman housing assignments.

“I didn’t even know that there were that many first-years on campus until that night, when they were literally all in herds,” Miller said. “Big clumps with no masks, and this is before the majority of people were getting vaccinated.”

Miller said she saw roughly 30 rowdy students in a circle chanting “What do we want? Cabot! When do we want it? Now!”

From her dorm room in Lowell House, Miller said she could see the entrances of two final clubs — the Fly Club and Owl Club — and hear parties taking place at their locations. 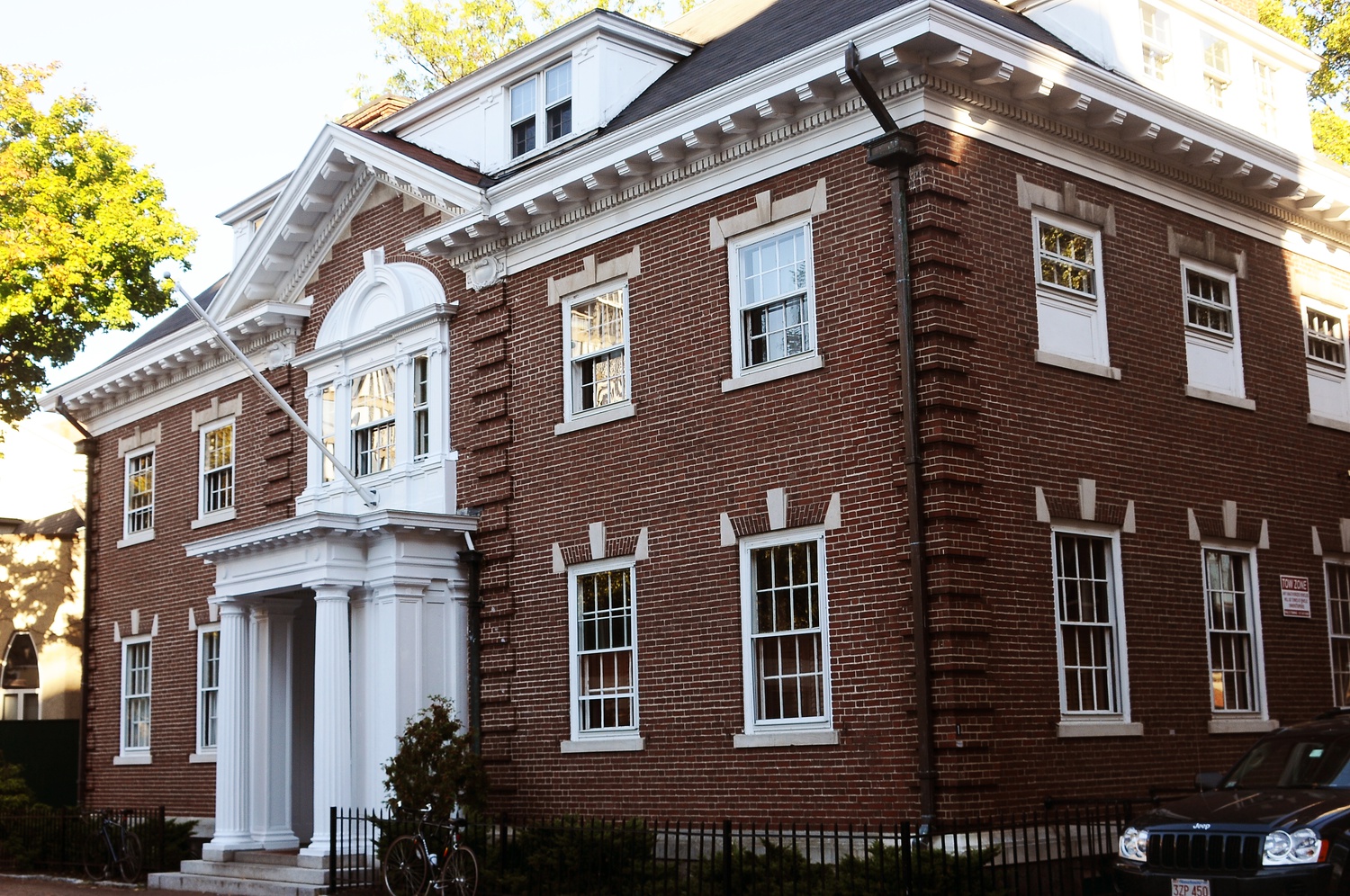 The Owl Club is one of Harvard's final clubs. By Özdemir Vayısoğlu

“That kind of amped up toward the end as more people were getting vaccinated, and they were gathering in larger groups,” she said. “Even just the night before I left campus the Owl had another huge party.”

Taking to Instagram to publicize and condemn the large gatherings, Miller reposted videos from students who shared media of themselves attending parties. One video appeared to show dozens of students partying without masks inside the Spee Club; another recorded a mass of maskless young people clad in white dancing on a yacht in Massachusetts Bay.

Miller said classmates have reacted both positively and negatively to her posts.

“Some people appreciate that I will call parties out and that I’m trying to make sure that people are doing things safely and socializing safely,” Miller said. “Other people — most of the people participating in the risky activities — are more so upset.”

Claman, a Crimson Blog and Arts editor, said she gives Miller “huge props and credit” for providing students, including herself, information over social media that they could not receive elsewhere.

Zibell, who lived on campus this year, said on-campus partying appeared less prevalent in the spring compared to the fall semester, when Harvard housed predominantly freshmen.

“I have not encountered or heard of or even heard rumors of any parties or large gatherings on campus housing,” he said. “This basically entirely contradicts my experience living on campus in the fall, when I heard a lot of freshmen partying.”

In the fall, Harvard dismissed three freshmen from campus housing after they hosted a September party in Mather House with at least three other students. Some students also reported seeing large gatherings by the Charles River and in campus courtyards.

Though Harvard dorm rooms were not the site of parties, off-campus gatherings abounded, according to Zibell.

At the end of the semester, Kalara said they witnessed a student cultural organization holding a large social function off campus.

“They were playing drinking games and going inside of a house and passing around a joint during a respiratory disease, which is the stupidest thing I’ve ever heard,” they said.

‘Why Take These Risks?’

In response to reports of student parties in violation of public health guidelines, Dean of the College Rakesh Khurana told The Crimson in an interview this month that he trusts Harvard students are “always trying to do the right thing.”

“As human beings, we sometimes make mistakes,” Khurana added. “I just think we have to be really gentle on each other. This has been such a difficult time for human beings, and especially for young people.”

But Kalara said they believe Harvard students attending parties have “no excuse” for their behavior during a pandemic.

“I don’t care if I’m a little too conservative about the way that I act with Covid. I don’t want to be the reason that someone else dies or ends up having long-term lung damage,” Kalara said. “If you’re a Harvard student and you clearly have the intelligence to know that and you decide not to, it just represents a profound selfishness.”

Claman said she believes the flagrant partying is “highly irresponsible” and “really disrespectful.” Claman was frustrated viewing videos of large gatherings, which she said illustrate socioeconomic disparities among students.

“It certainly, to me, appeared to be divided along class lines, as people who had a lot more wealth were able to travel the world or go to all these clubs and kind of ignore pandemic rules in a lot of instances,” she said.

Some students were more sympathetic toward their party-going peers.

W. Samuel Markowitz ’21-’22, who spent the semester living off campus in the Cambridge area, said he empathizes with the Class of 2021 in particular.

“I do empathize quite a bit because it’s their last years, their final chance to hang out with friends and have these fun times,” he said.

“It annoys me,” he said. “Public safety should come before all of that.”

“We are so close. You’re so close to some sense of normalcy,” he added. “Why take these risks?”

Miller acknowledged students’ disappointment that Covid-19 disrupted their college experiences, but said she is “embarrassed” to attend Harvard with students indifferent to public health guidance.

Khurana said he does not feel comfortable “judging” students for their conduct during a global crisis.

“I would say to other people, please don’t define somebody by their worst moment, or if they kind of made a mistake,” he said. “I believe that most people are incredibly good. It’s the circumstances you have to understand that lead people not to be able to be their best self.”