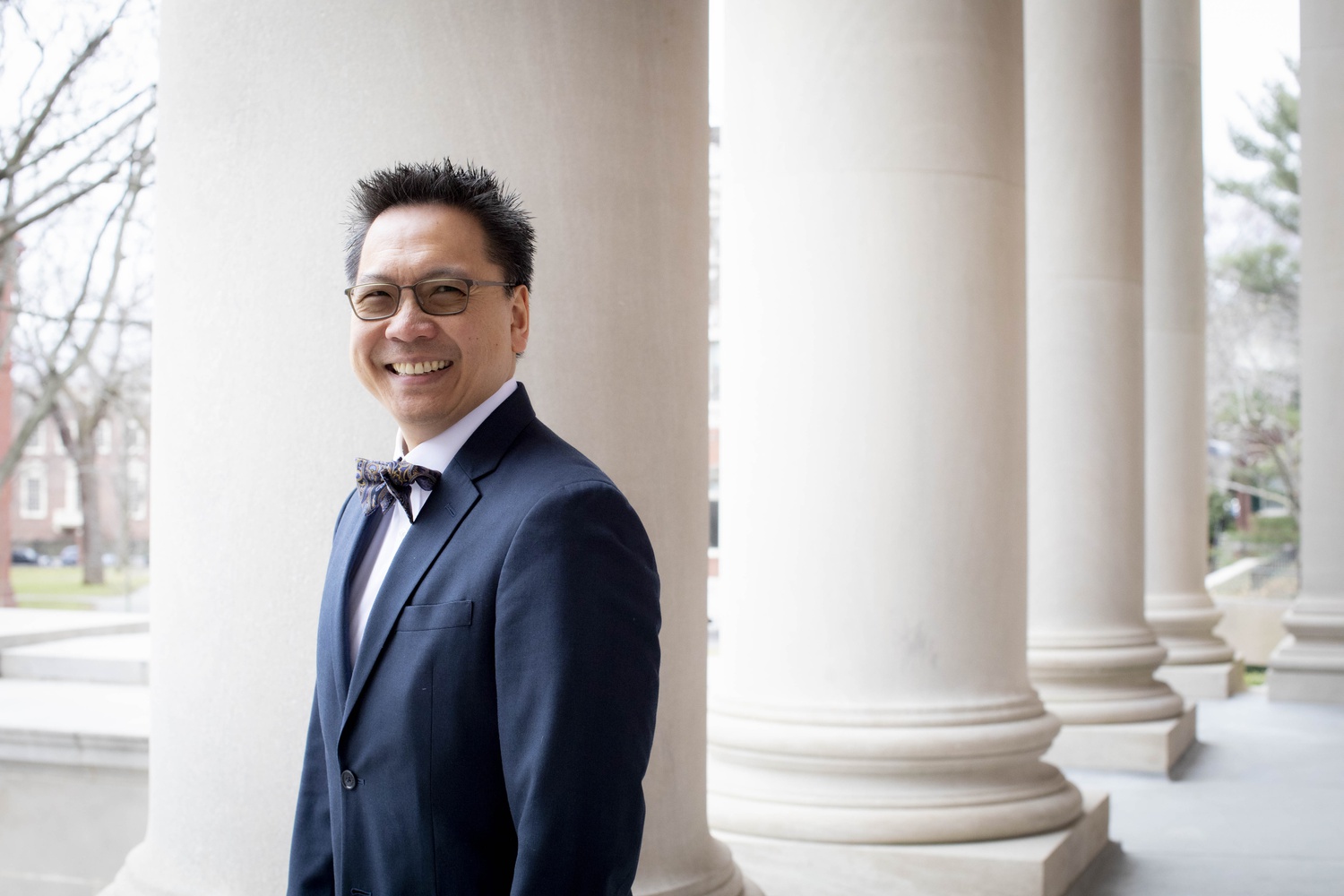 HUHS Director Giang T. Nguyen said the University waited until doses were readily accessible across the country before mandating Covid-19 vaccinations for students before returning to campus in the fall. By Courtesy of Rose Lincoln/Harvard University
By Claire H. Guo and Christine Mui, Crimson Staff Writers

Harvard University Health Services Director Giang T. Nguyen said the University waited until doses were readily accessible across the country before joining other Boston-area colleges in mandating Covid-19 vaccinations for students before returning to campus in the fall in a Thursday interview.

Harvard announced the vaccine mandate on Wednesday, two weeks after all people 16 years and older became eligible for the coronavirus vaccine in every state. Massachusetts was one of the last six states to open adult eligibility by the April 19 deadline set by President Joe Biden.

Though other colleges issued vaccine requirements “fairly early,” Nguyen noted that college students were not yet eligible to receive the vaccine in every state by then.

“We wanted to make sure that eligibility was universal across the country,” he said. “So that when we made the announcement, we didn’t bring about a tremendous amount of anxiety for people who, at that time, didn’t have any eligibility for vaccination.”

Nguyen also said the University’s decision to mandate vaccinations against the coronavirus resembles other school protocols regarding vaccinations.

“In the end we decided that we were going to treat this like other vaccine requirements that we have already instituted for many, many years at the University,” Nguyen said. “That made it a lot simpler for us to be able to move forward.”

HUHS plans to ramp up public education efforts to reduce possible vaccine hesitancy on campus, which Nguyen said he believes has been minimal.

“Our impression is that the Harvard University community is actually very supportive of the idea of getting vaccinated,” he said.

The University is aware, however, that some students are holding out on getting vaccinated, according to Nguyen. Students may be reluctant to take the coronavirus vaccine, he said, because they “haven’t seen enough information to make them comfortable.”

While Harvard has not unveiled residential guidelines for students living on campus this summer, Nguyen said he expects life on campus will be “somewhere in between where we have been and where we hope to go.”

“We’re very, very optimistic about what we’ll be able to do this summer,” Nguyen said. “Plus, with the summertime weather, people will be able to spend time outdoors without masks, physically distanced from each other.”

Students are no longer required to wear face coverings when socially distanced and outdoors. Cambridge relaxed its outdoor mask mandate on April 30 in line with a new executive order signed by Mass. Governor Charlie D. Baker ’79.

The College announced Wednesday it will continue to regularly test undergraduates for Covid-19 during the fall semester. Nguyen said he anticipates the rate of testing on campus “will be driven by the results of the tests that do come back.”

“If we continue to see infections in our communities, we want to make sure that we catch that early,” he said. “We have found over the course of this pandemic that we have really been successful in identifying people early and preventing those infections from turning into uncontrolled outbreaks.”

In the case of an outbreak on campus next fall, Nguyen said he feels “very confident” that Harvard is prepared to increase testing and support students who test positive.

Even though Harvard will house a larger undergraduate population on campus next semester, a fully vaccinated student body will likely reduce strain on isolation resources, Nguyen said, as vaccinated students are “less likely to have to stay completely sequestered.”

“We’ve always planned for more than actually happens,” he said. “There’s always contingency plans for if things get worse than we had hoped, but right now everything is indicating that the number of total infections that will happen is likely to be lower this fall as a result of everyone being vaccinated.”

Though the University is preparing for possible complications, Nguyen said he is optimistic for a successful return to campus in the fall.

“With the combination of identifying those few infections that we anticipate might happen and also having the vast majority of people — almost all people — vaccinated, then I think we’ll have a very successful fall term,” he said.