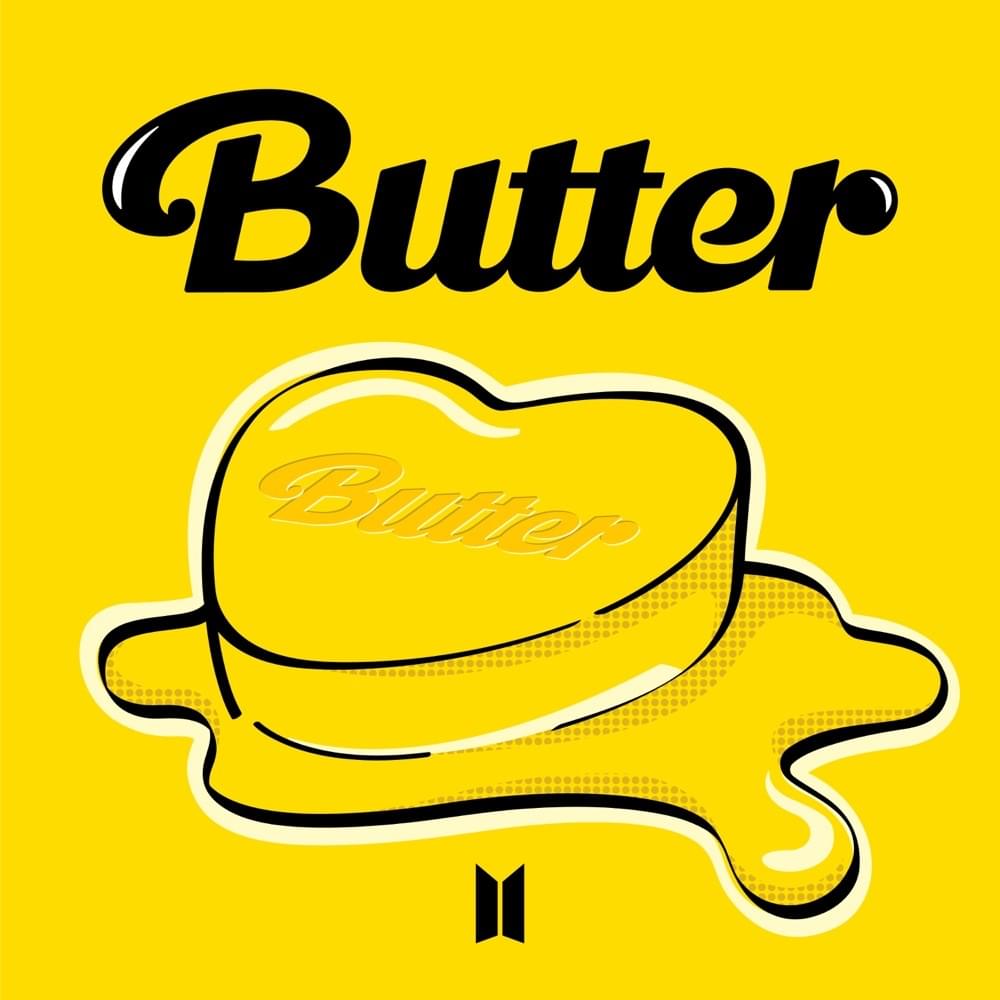 In April, viewers of a surprise livestream on the BANGTANTV YouTube channel watched an animated stick of butter, complete with sizzling sound effects and a mysterious hourlong countdown, melt into a heart before sliding off-screen to reveal the name and May 21 release date of BTS’ latest track. The official teaser for “Butter” provided more substantive hints, including a midtempo backbeat and bass riff that spurred comparisons to Queen’s “Another One Bites the Dust.”

Although BTS’ leader and “Butter” co-writer RM later said that their song neither samples nor pays homage to Queen, its flirty lyrics acknowledge other artists who have influenced BTS’ music: Michael Jackson (“Smooth like butter / Like a criminal undercover”), Bruno Mars (“Break it down”), and Usher (“Don’t need no Usher / To remind me you got it bad”).

Like “Dynamite,” BTS’ first all-English single, “Butter,” their second, churns retro energy into a deliciously danceable recipe for success. True to RM’s description of the track as “energetic” and “summery” in Rolling Stone’s June 2021 cover story, its breezy charm might just “melt your heart into two,” as Jin and Jimin sing in the pre-choruses.

From the very beginning, the group intersperses the lyrics’ central romantic narrative with equally sweet declarations of self-confidence. Following Jungkook’s “Smooth Criminal” reference, V joins the verse along with the bass: “Cool shade stunner / Yeah, I owe it all to my mother.” The pre-chorus introduces intermittent sunny synths, including a short stepwise climb that both sets up and mirrors the chorus’ descending melody while listeners bask in Jin’s “superstar glow.”

Between its intensifying instrumentals and multiple invitations to “Side step, right, left to my beat,” the first chorus cements “Butter” as an ideal summer dance-pop anthem; Jimin’s line “Let me show you ’cause talk is cheap” seems like a casually self-aware nod to the global impact of BTS’ spectacular performances.

Starting in the second verse, vocal harmonies and faster subdivisions of the beat anticipate the buoyant motion of a synth-heavy dance break. After a syncopated motif plays in several different registers, Jimin’s last repetition of “Get it, let it roll” leads into Suga and RM’s brisk rap verse. Suga reprises the song’s opening — “Smooth like (butter), hate us (love us)” — with his bandmates’ help. “Got ARMY right behind us when we say so / Let’s go,” RM closes out his lines by highlighting the renowned dedication of ARMY, BTS’ fanbase.

All four vocal line members — Jimin, Jin, Jungkook, and V — team up to celebrate summer fun in the final chorus. Then, rapper J-Hope starts another lively call-and-response: “Smooth like (butter), cool shade (stunner) / And you know we don’t stop.” The rap line’s playful exchange of “Hotter? Sweeter! Cooler? Butter!” builds to a brief pause, but “Butter” isn’t over yet. “Get it, let it roll!” Jungkook sings one more time, with a drumbeat accenting every syllable — an ending that, like the rest of “Butter,” tastes of pure joy.

—Staff writer Clara V. Nguyen can be reached at clara.nguyen@thecrimson.com.