The Making of a Housing Day Video

For more than a decade, the tradition of “Housing Day videos” expanded the festivities from Harvard Yard to YouTube, where several videos have received tens of thousands of views. This year, the videos also gave many freshmen a first glimpse at their Houses.
By Sarah Girma and Vivian Zhao 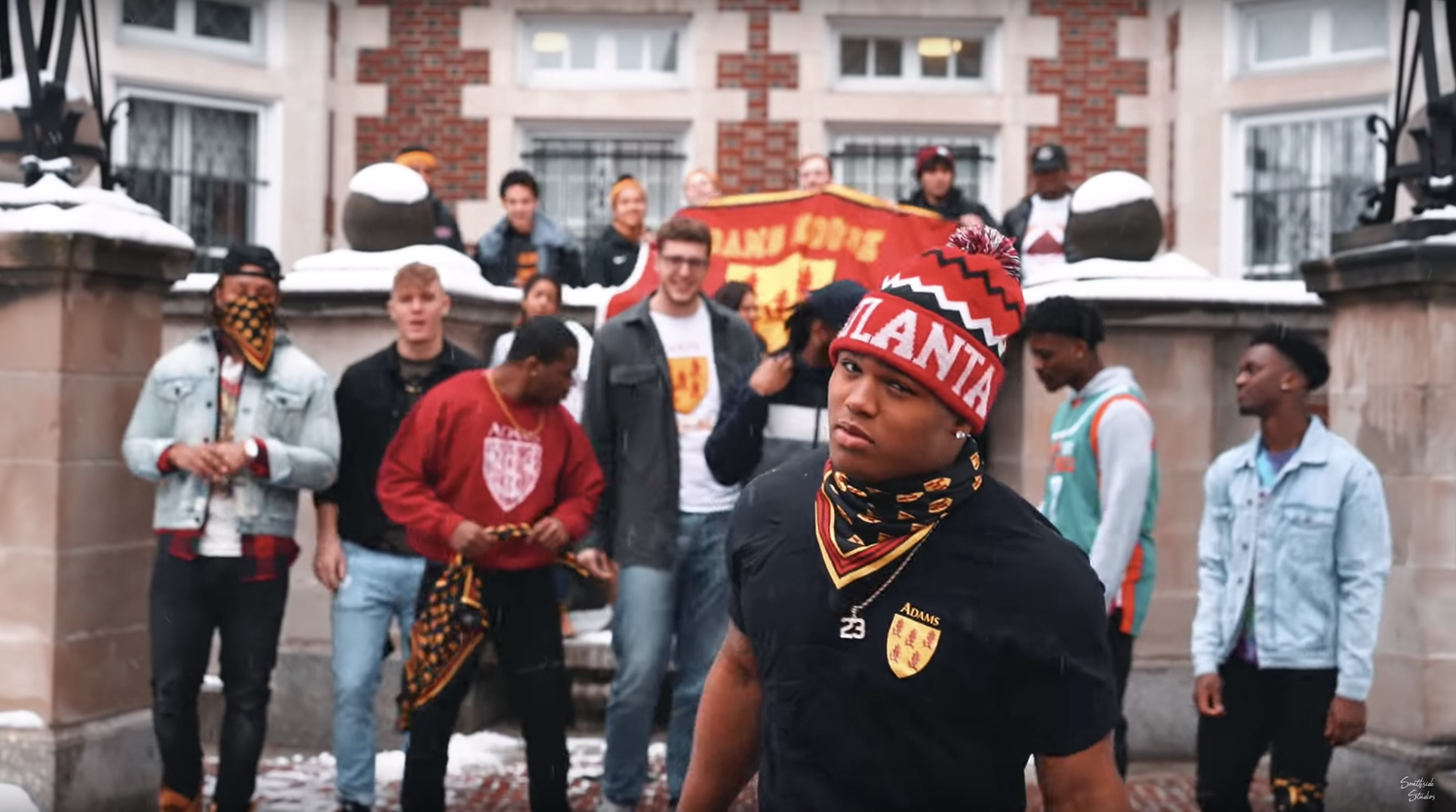 By Courtesy of Southside Studios

Later this month, Nirupama R. Magar ’24 will move into Adams House for the next three years, but she has never seen it — outside of a YouTube video.

Magar, who is an international student from Nepal, did not come to Harvard’s campus last year due to Covid-19 restrictions. Magar described feeling “disconnected from the community,” and Housing Day — the annual Harvard College tradition when freshmen learn of their assignment to one of the upperclassmen Houses — meant little to her because she was so far away.

For more than a decade, the tradition of “Housing Day videos” expanded the festivities from Harvard Yard to YouTube, where several videos have received tens of thousands of views. The videos — three-to-four-minute parodies featuring House members and lyrics about each House — build excitement among freshmen and upperclassmen alike. This year, the videos also gave many freshmen a first glimpse at their Houses.

“I definitely came in with a bit of a preconception about which Houses were better,” said Charlie J. Yang ’24, an international student from Australia. “But obviously the music videos did sway me a bit.”

Though she was unable to see her House in person, Magar said the Adams video taught her about the House’s fun quirks and traditions.

“It kind of gives me the impression that the campus is not fully centered on the academic aspect — it does have has other informal aspects of community,” Magar said. “It makes me feel welcome.”

Though the creative process varies a great deal from House to House, most of the Housing Day videos in recent years have followed a similar pattern: take a famous song, rewrite the lyrics to focus on Harvard and the House, and film a music video.

House Committees are charged with coordinating their respective House’s undergraduate social activities, which includes Housing Day festivities like the Housing Day videos. Each House, however, comes up with the concept for their Housing Day videos differently.

In Leverett House, “the co-chairs canvas their fellow students for ideas and songs and put together a script,” according to Leverett House Faculty Dean Brian D. Farrell.

In other houses, House Committees entrust an individual or a group of volunteers with the responsibility for writing and recording a script, as was the case with the Adams House’s 2019 video and Eliot House’s 2021 video.

Filming and production takes anywhere from a few days to multiple weeks. According to Manuel T. Chavez ’21, who has directed and edited multiple videos, editing can take around 30 hours. In the days leading up to Housing Day, the videos are published on YouTube to be enjoyed by freshmen, upperclassmen, and the general public.

BJ C. Watson ’21, who served as the creative director of the 2019 Adams Housing Day video, said he was inspired by the production value of Mather House’s 2018 video. Watson made it his goal the next year to create a diverse, involved, and quality music video that represented the spirit of Adams House. The final product went viral, clocking in at more than 63,000 views on YouTube as of this month.

“I feel like everybody’s taking them a lot more serious,” Watson said. “A lot of people are putting a lot more energy and effort into their Housing Day videos in general.” 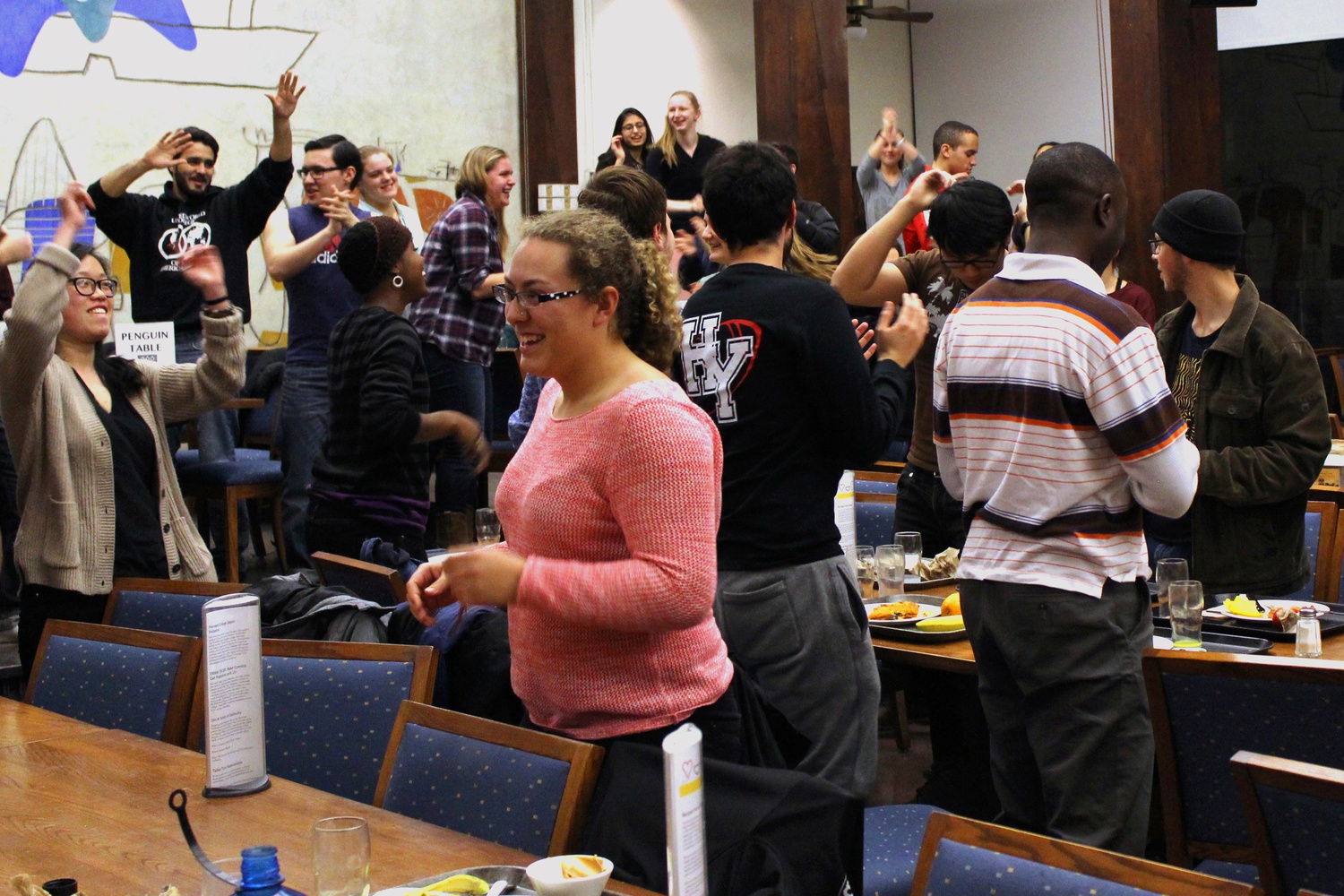 Singing and dancing in their dining hall, students in Quincy House produce their Housing Day video in 2015. By Thomas W. Franck

“People in general weren’t taking them that seriously — it was kind of something that gets thrown together every year,” Graham said. “But [Adams] just brought a new sound, a new wave to it. And that inspired us to want to do it.”

“I don’t think people have tried as hard to make something that is legitimately impressive as a music video until the last couple of years,” he added.

For Housing Day in 2021, upperclassmen were forced to adapt the video production process to fit the constraints of the pandemic.

Dylan Zhou ’22, a House Committee Chair for Dunster House, said there “wasn’t as much enthusiasm” for Housing Day, which made it more difficult to find volunteers for their video.

“We couldn’t get as many people involved,” Zhou said. “There’s usually a lot of physical events for Housing Day. There’s the dorm storm and then there’s events in the house, and usually people are pretty excited about it. But since there just weren’t that many people around, I think there was less excitement overall.”

“Before Covid, it was almost like too many people wanted to be involved — we had to really work to make sure everyone felt involved. This year, it’s just like no one,” Marks said. “It was a lot harder to find people that were interested this year.”

Health regulations also prohibited students from gathering in large groups, limiting the number of students who could be filmed at once. Despite such challenges, all 12 Houses uploaded videos in time for Housing Day.

For freshmen — many of whom had never seen their assigned Houses due to the pandemic — the videos were especially important for learning more about their House.

“There are so many people like me who are getting their first look into the House through the video,” said Nikita Nair ’24, who was assigned to Kirkland House and spent her entire first year remote in California.

Nair said the videos also provided a glimpse into each House’s culture, rather than being in competition with each other. To Nair, the videos capture “what the House stands for.” 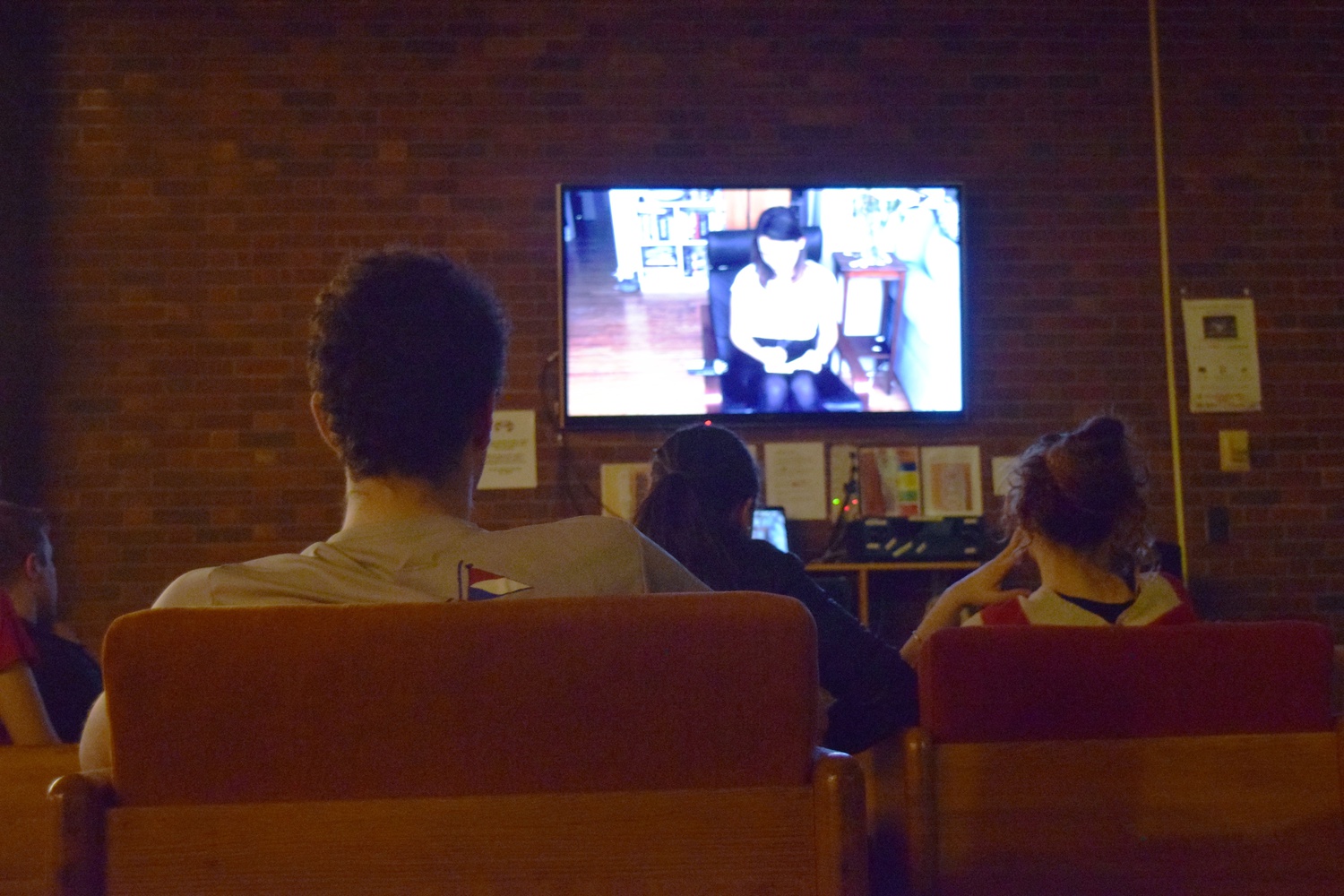 Students watch the premiere of Mather Be, Mather House's 2016 Housing Day video, which parodies Clean Bandit's song Rather Be. By Jessica M. Wang

Fez S. Zafar ’24, who was assigned to Dunster House, said the videos can give “a really good idea” as to what life is like in each House.

“For people, especially people in our grade who haven’t had the chance to really go into these Houses and interact with people in them, that’s the only window of opportunity we have to learn more about them, aside from going on their websites,” Zafar said.

Magar, the new Adams House resident from Nepal, said her House’s video helped her learn more about Adams, such as the ongoing renovations and the existence of tunnels.

Ultimately, the annual Housing Day videos serve to bring each House’s community closer together and create a sense of unity among Housemates.

Mubeen A. Momodu ’23 said he worked on Eliot House’s 2021 video because he wanted the video to instill a “sense of pride” in Harvard students.

Tarlin, who wrote the lyrics and sang for Lowell House’s 2019 video, said he saw the video as a chance to generate House spirit.

“It’s an opportunity to create excitement, but also to show people tangible reasons why this is a good place to live,” he said. “The activity of creating the video is good for House spirit among the people who are already living there.”

Watson said the viral 2019 Adams House video played a “huge role” in fostering House pride among upperclassmen, though the videos can also dictate freshmen’s perceptions of each House.

In addition to bolstering House pride, the videos also showcase artists, musicians, and creators’ skills. Aaron L. Hai ’22, an upperclassman in Adams House, pointed to how the videos can showcase the creative abilities of House members.

“[The videos are] definitely a way for the artistic members of the House community to really highlight their skills,” he said.

Hai said that it can be “shocking” to see the artistic abilities of House members who he did not realize possessed such skills.

“I would have never known if they didn’t take part in the music video,” he added.

“People’s talents are able to come out and truly shine in this medium, which maybe aren’t as celebrated on the day-to-day,” Suh said. “I think that this is such a special thing.”

Suh added that he hopes freshmen can “draw some comfort” from the fact that there are so many talented upperclassmen in the Houses “genuinely excited” to meet them.

As for future plans, freshmen have already expressed interest in spearheading next year’s Housing Day videos. Zafar said some of his blockmates have talked about getting involved with next year’s video for Dunster House.

“That’s something we definitely want to try to work on next year, or the year after that, so we’re looking forward to it,” he said.

Likewise, students are eager to see next year’s videos when they return to campus.

“I see that as an opportunity to do something new or different,” Suh said. “It’s hopefully going to be something big because I think we’re all kind of pent up from not being there.”