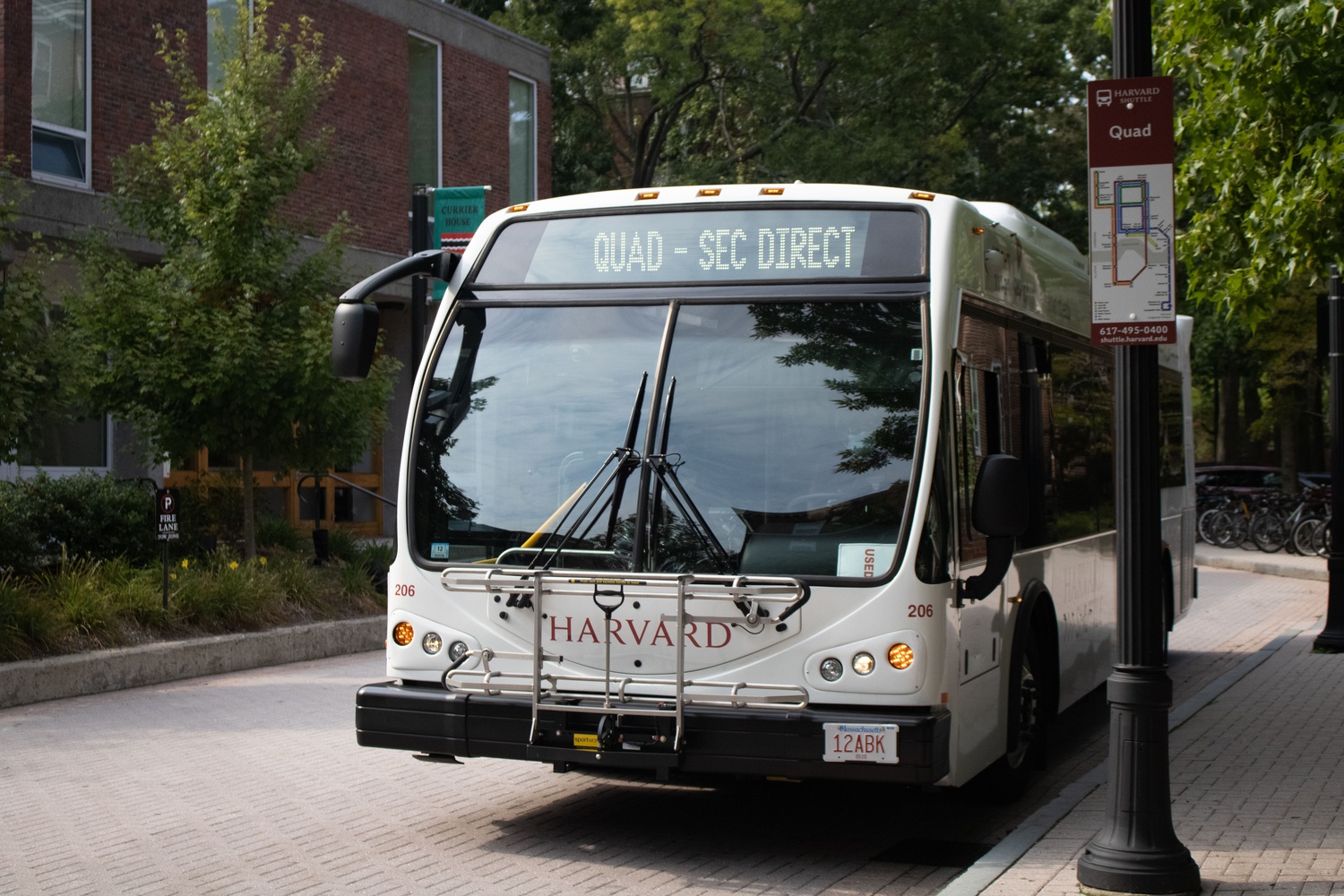 Students at the School of Engineering and Applied Sciences say they have mostly adapted to their elongated commute to Harvard's new Science and Engineering Complex in Allston. By Pei Chao Zhuo
By Natalie L. Kahn and Simon J. Levien, Crimson Staff Writers

With most classes two weeks underway, students at the School of Engineering and Applied Sciences say they have mostly adapted to their elongated commute to Harvard’s new Science and Engineering Complex in Allston.

Commuting from places as far as the Quad by bike, bus, or foot, many SEAS students reported that, despite some transit hitches, they have adjusted to the trip across the Charles River.

Pforzheimer House resident Harini S. Kannan ’24, who has one class and does research in the SEC, said she has not had many complaints about commuting since classes started.

“It’s been much better once I started building a schedule, or just getting a little bit more familiar with [commuting],” she said. “Because I have a 9 a.m. class on Mondays and Wednesdays, I usually come to the Yard for that class, and then after that I leave for the SEC.”

Unlike Kannan, Cabot House resident Amy L. Nichols ’23 said she has to trek on foot to the SEC for occasional lab work on weekends when the Quad-SEC shuttle does not run.

Otherwise, Nichols rides the shuttle on weekdays but said she worries about how winter will treat the walking commute from the Quad.

“I’m pretending like it’s not going to snow,” Nichols added. “I don’t really know what I am going to do then.”

Annabel M. Cho ’23, a bioengineering concentrator, said she initially thought she would get a scooter to quicken the trip.

“When I found out how far the SEC building was, I originally scrambled to try to find an electric scooter,” Cho said. “My friends and I were joking: the engineering students will be the new athletes with the scooters.”

She said she decided on purchasing a membership, discounted through Harvard, to Bluebikes — a Boston area bike-sharing system with several stations around campus.

Cho described Harvard’s shuttles as “a little unpredictable” and as motivation to bike instead.

Physics concentrator Aayush Karan ’23 called the shuttles a “godsend,” with no complaints.

Harvard Campus Services added a new Quad-SEC Direct shuttle route and a new SEC bus stop on the Allston Loop shuttle this semester to accommodate SEAS affiliates. But in the first week of the semester, many students reported crowded shuttles, long wait times, and inconsistent arrival times on the shuttle app.

Fouzia Raza ’23 said she frequently walks from Mather House to the SEC “on a good day,” but when she has taken the shuttle, she said she noticed shuttle congestion improved since the first day of classes.

Raza added that she appreciated having some office hours at the SEC rather than back in Cambridge.

“For the first week, we had office hours mostly in the SEC, and that was actually pretty convenient, considering that I could just stay after class,” she said. “But now since most people are switching over to having office hours in Cambridge, I think that commute actually is more annoying.”

Cho also noted she and some teaching fellows were reluctant to have office hours at the SEC due to the distance.

“A few TFs also don’t want to do their office hours in the SEC,” she said. “It’s felt a little funny that we have this new building, but then they’re just having their meetings on Zoom anyways.”