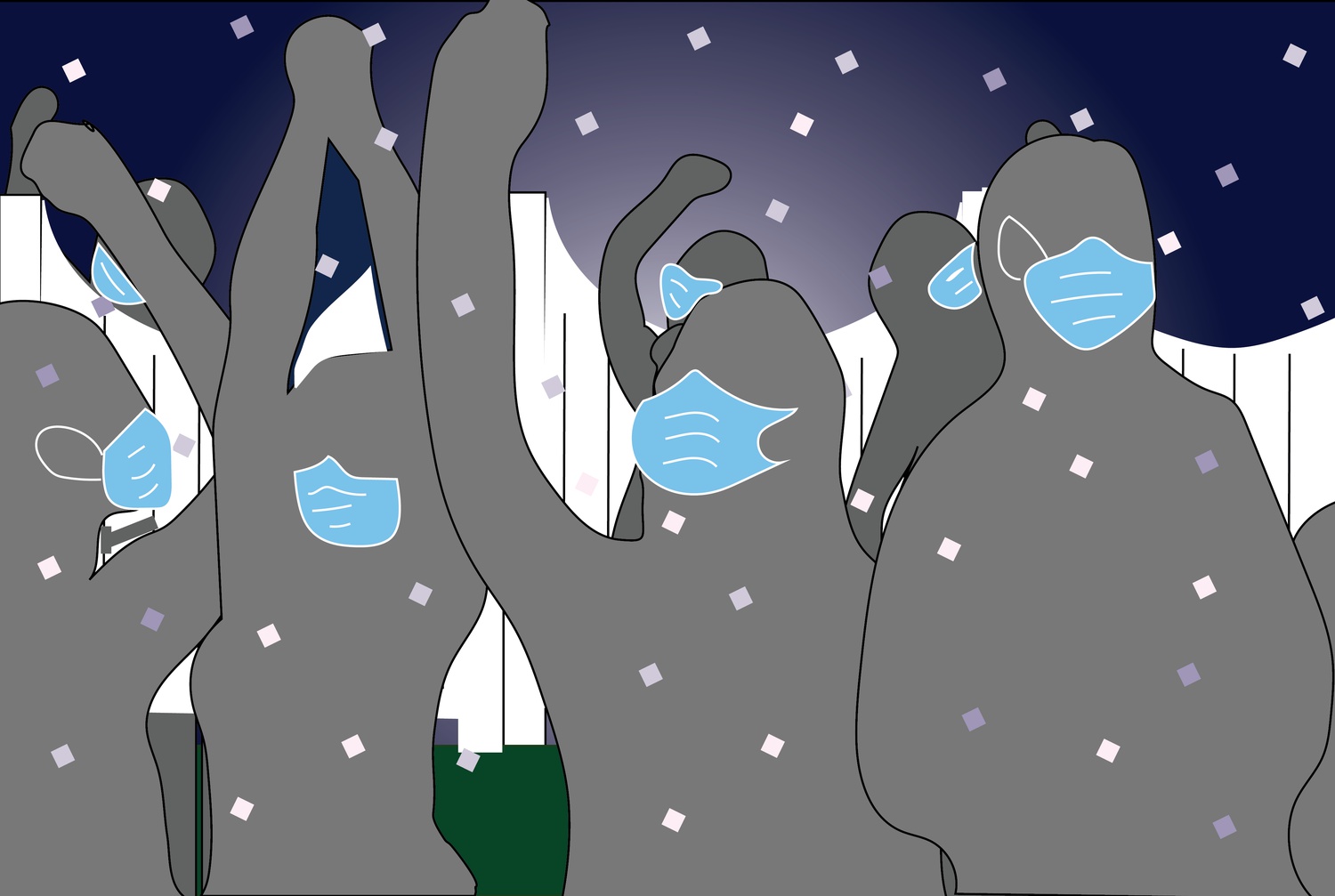 A year ago, campus was barren. But the return of all undergraduates to Harvard’s dorms this fall, provided they are vaccinated, has brought back college social life.

Covid-19 is not an issue of the past on campus, though. The College is enforcing Covid-19 protocols, including an indoor mask mandate, frequent testing, and a limit on students gathering in dorms. While some students said they are eager to have the social life they envisioned before the pandemic’s onset, others are treading carefully, according to interviews with more than a dozen undergraduates.

“We understand coming here that it’s still important to respect and prioritize the safety of some of our peers who are immunocompromised or some individuals who weren’t able to get vaccinated for a medical reason, for instance,” Lucy Tu ’24 said. “Same time, I also understand the perspective of students wanting to socialize after so long in isolation.”

This fall, Tu said she has enjoyed casual hangouts in her friends’ dorm rooms, which was not possible under last year’s Covid restrictions on campus.

“I will just go to my friend’s dorm, like their common room in their suite, and we sit and we talk,” Tu said. “Which is something that we couldn’t do our freshman fall ’cause it was technically illegal.”

Nicole J. Bugliosi ’24 said student clubs have adapted their events by holding gatherings along the Charles River. As a leader for the First-Year Outdoor Program, she has gone on picnics.

Matthew Chang ’22-’23 said he believes Harvard students are socializing in smaller groups and venturing off campus more this fall.

“I think a lot of people maybe are partying with people who are closer to them, like having a smaller event, maybe drinking with some blockmates,” Chang said. “A lot of people are going to bars.”

After more than a year of isolation, Jason Oh ’22-’23 said people seem eager to party.

“I’ve been to Felipe’s rooftop bar a couple weeks ago. It’s packed. I think since everyone’s been remote for the past year, everyone wants to get back to that social life,” he said. “I’ve been to a few [final club] events, and I see a lot of people there as well.”

“There were probably almost over 100 people in that one backyard,” Oh added.

Some students said campus is radically different from last year, when students on campus were subject to strict Covid-19 restrictions. Christine W. Maina ’24 said she has enjoyed seeing a different side of Harvard Square.

“Going out for dinner is something that we really couldn’t do last year,” she said. “Last year, it felt really dead.”

Madeline D. Kidd ’24 said in-person learning and dining has facilitated friendships in a way that virtual Harvard did not.

“In just the first week that we were here before classes, I probably made more friends than I did in the entirety of last year,” she said.

Michael J. Moorman ’25 said campus health guidelines have not dampened the start to his college experience, which has included dining in Annenberg Hall and the First Chance Dance.

“It feels sort of as though college is going on as normal,” Moorman said. “I wouldn’t say there’s anything about my experience that is unusual for a college freshman.”

Though they are finding ways to socialize, some students said they remain vigilant against the coronavirus.

Sherry X. Liu ’24 said she considers the health of those around her when making social plans.

“There are certain events that I personally have turned down just because, for example, some people that I live with are higher risk if they were to get Covid,” Liu said.

Other students said they do not believe large-scale gatherings are imprudent.

“With such a high proportion of vaccinated students, faculty, and graduate students, etc., I don’t really think it’s a big deal,” Moorman said.

As students reunite with friends and meet new ones for the first time, the specter of March 2020 — when Harvard sent students home and shifted learning online — looms large.

“One thing I really don’t want to happen is limiting in-person classes,” Chang said. “I would be fine not going to any party the rest of the semester, just so I could have class, and I really wish more people thought like that.”

“But I guess people want to have fun. It’s college,” Chang added.