‘Shang-Chi’ is Explosive and Essential 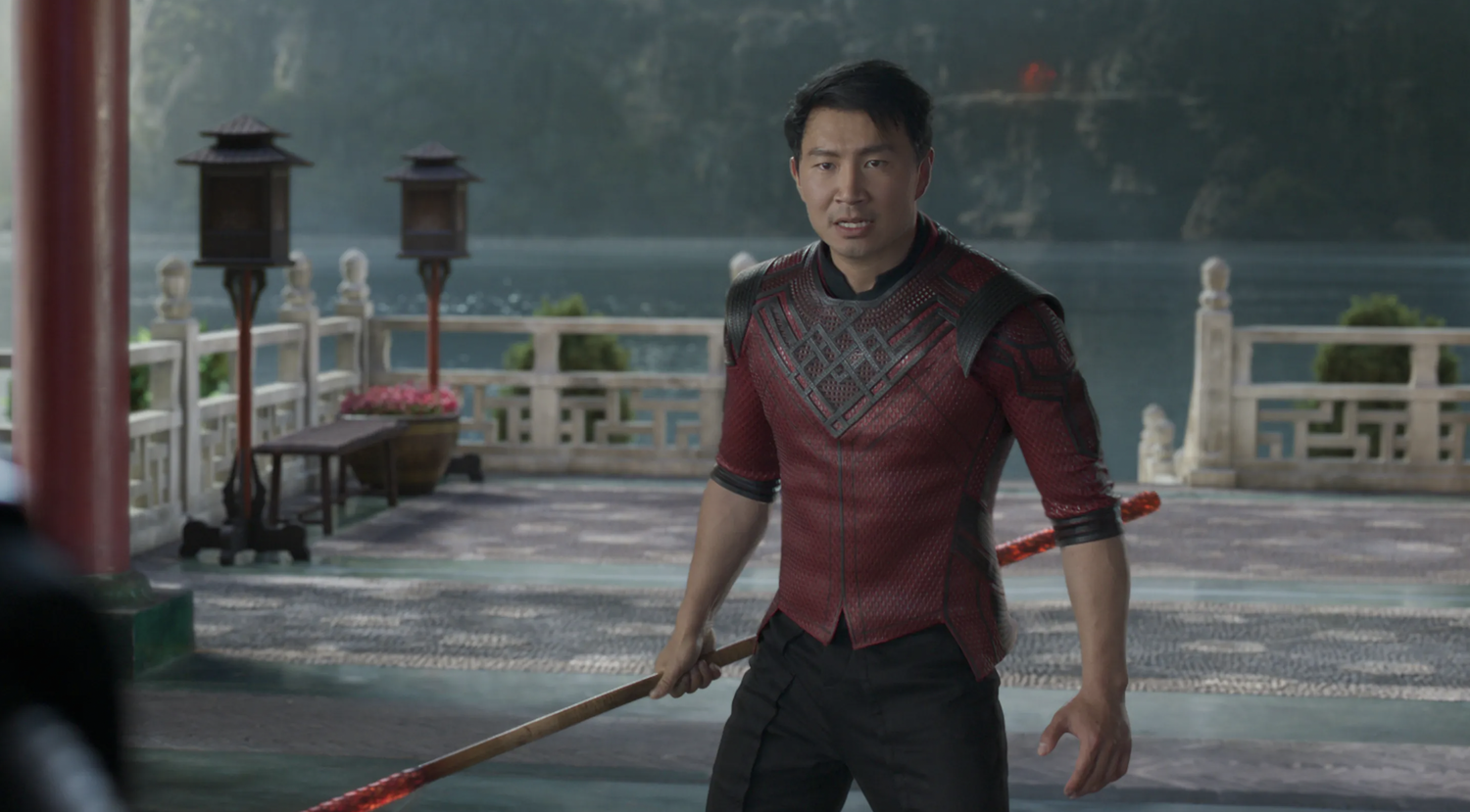 Simu Liu stars as the titular superhero in "Shang-Chi and the Legend of the Ten Rings" (2021), directed by Destin Daniel Cretton. By Courtesy of Marvel Studios / Disney
By Isabella B. Cho, Crimson Staff Writer

Marvel Studios is built to ensure that each of its movies is a cultural sensation. The newest installation in its ever-growing superhero franchise, “Shang-Chi and the Legend of the Ten Rings,” is no exception. The film follows Shang-Chi or “Shaun” (Simu Liu) who, despite extensive efforts to escape, finds himself drawn back to his father’s (Xu Wenwu, played by Hong Kong acting legend Tony Leung) criminal organization, Ten Rings. The first Marvel film with a majority Asian cast, “Shang-Chi” challenges traditional depictions of the American hero, marking an essential new chapter for the world’s most influential cinematic universe.

That being said, “Shang-Chi” is also just a thoroughly entertaining movie. The film’s success lies in its ability to draw meaningfully from Asian heritage while celebrating the classic features of any good Marvel story. It earns an impressive place in the MCU’s catalogue of action films precisely because it manages to fold quintessential Marvel themes — a dark past, apocalyptic crises, top-tier comedic relief, and exhilarating combat sequences.

The film opens with Shang-Chi having escaped his draconian past by becoming a hotel valet under the moniker “Shaun” in San Francisco, along with his longtime best friend Katy (Awkwafina). When Shang-Chi gets into an altercation with members of his father’s criminal organization, he is forced to make a choice: yield to his family history or forge his own path. His journey takes him not just to an underground fight club in Macau run by his sister Xu Xialing (Meng’er Zhang), but to Ta Lo, a fantastical village with mythical Chinese animals.

Chief among the star-studded performances in “Shang-Chi” is undisputedly Tony Leung who embodies the complexities of his character so well that he elevates the entire film. The Hong Kong superstar breathes life into a complicated villain whose aggression toward the world is at least partially fueled by genuine grief following the loss of his beloved wife. Unlike some two-dimensional Marvel villains, Wenwu is easy to sympathize with, in large part because of his tragic character arc as a man who yearns to love his children, but is incapable of loving.

“Shang-Chi” is acutely aware of the position it occupies between American and Asian cultures, and demonstrates this self-awareness in many different ways. For one, a good deal of the film is in Mandarin — an unprecedented move for a Marvel movie. The frequent shifts between Mandarin and English allow actors to embody the genuine culture and atmosphere of their characters’ upbringing, rather than force them into stilted dialogue tailored to a white American viewership. The film also alternates in setting between the United States and Asia. But even the location scouting is given careful consideration — previous Marvel movies like “Avengers: Age of Ultron” and “Black Panther” respectively feature Seoul and Busan, two iconic South Korean cities. Yet these urban landscapes are simply passed through, treated as flashy and exoticized places. “Shang-Chi” breaks this pattern because these spaces are where the protagonist calls home, as seen in the detail put into the film’s production design.

An underappreciated yet critical element of “Shang-Chi” is its immaculate soundtrack. Far more than background noise, the songs inject rhythm and energy into the film. From indie star keshi’s sultry and melodramatic vocals in “War With Heaven” to Anderson .Paak’s smooth, atmospheric “Fire In the Sky,” the film’s soundtrack is chock-full of Asian talent. Perhaps most emblematic of “Shang-Chi”’s revolutionary place in the Marvel cinematic universe is Saweetie and 88rising member NIKI’s “Swan Song.” A paean to the power of a new generation to disrupt the status quo, it perfectly encapsulates “Shang-Chi”’s broader cinematic project: “Out with the old, in with the new,” the two singers croon at the song’s opening. “It’s a new dawn, and it ain’t you.”

Indeed, “Shang-Chi”’s explosive box office numbers augurs a new dawn for Asian representation in Hollywood — and in social, cultural, and political discourse at large. Racking up a staggering $71.4 million during its domestic box office opening, “Shang-Chi” swiftly became one of the most impressive pandemic openings, second only to “Black Widow”’s $80 million. As of Sept. 19, the film’s global box office earnings total over $320 million. It’s symbolic — cathartic, even — that despite the intense anti-Asian sentiment during the Covid-19 pandemic, it is a film so deeply significant to Asian Americans that injected vitality back into a collapsing industry.